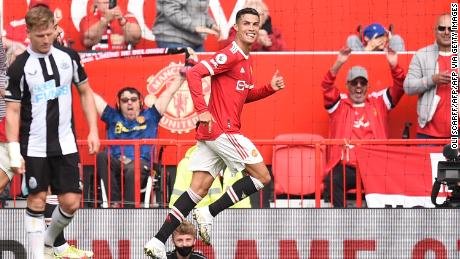 The newly signed Man United player Cristiano Ronaldo marked his return with a brace in a 4-1 win against Newcastle United in the Premier League, at Old Trafford on Saturday.

The Portugal captain scored his first goal at the cusp of half-time, via a deflection from Newcastle’s Shotstopper Woodman , who was stopping a thunder shot sent by Man United’s Mason Greenwood.

Javier Manquillo bought Newcastle back into the game with a driving effort in the early stages of second-half.

Manchester United collected themselves well in the second half just after the Newcastle equalizer, with Cristiano Ronaldo scoring his second goal within a few minutes after a through ball from Luke Shaw.

It is Ronaldo’s second debut for Man United arriving from Juventus.