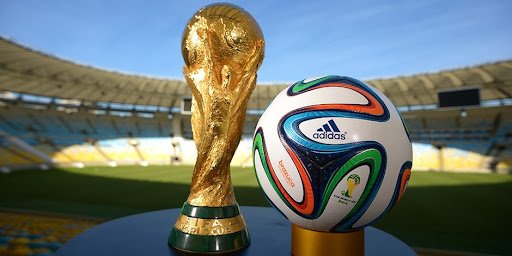 Football is the most important sport in Brazil. Often referred to as ‘o País do Futebol’ or ‘the country of football,’ football culture in Brazil is unlike any other.

This sport is deeply ingrained in the everyday life and culture of this Latin American country-it’s a national passion and found everywhere you go. it is almost a kind of religion.

It was first introduced in Brazil in 1894 by Charles Miller, the son of a British expatriate, who was returning to Brazil after completing his education in Southampton in United Kingdom.

He came back with 2 balls and a rule book and taught the game to the local youth. Since then, Brazil has transformed football into a beautiful art form and tool for social cohesion.

The early style of play was influenced by the societal elite and was characterized by strict tactics and deliberate player motions.

As the colonial influence over Brazil waned, a new strain of football developed, as the game seeped down to the mostly black, lower classes of the society. The game spread to the streets and helped change Brazilian Society.

The game played a massive role in the inclusion of people of African descent into Brazilian society.

Fast forward, the game evolved as more black people began to play and brought in a unique style of football called Ginga, which was heavily influenced by capoeira and samba. Samba at the time was a dance associated only with the poor.

The new players of black or mixed races, who played this style of football, were quick, creative and attack-minded footballers that enthralled the masses. Brazilian fans now wanted the best players, not the whitest.

In 1958, Brazil won their first World Cup led by two Afro-Brazilian descent players, Pelé and Garrincha, when the walls of racism were drastically reducing and the first truly mixed-race team, consisting of blacks, whites, and mulattos, that too at a time when the skin color of European players was universally white.

Since then, Brazil has come a long way, winning eight Copa Américas and five World Cups, spearheaded by multitudes of players of African descent.

1. Football in Brazil is a lifestyle

Football in Brazil is found everywhere! You’ll find children playing in the streets with their friends, locals chatting about matches, players or trades while enjoying local cuisine at a neighborhood restaurant or bar or employers giving staff time off to watch games. It truly is an important part of Brazilians culture and way of life.

Did you know that over 16,000 Brazilians play professionally around the world and over 776 professional football clubs exist in Brazil? The passion for this sport can be seen not only throughout the entire country but worldwide as well.

2. Children learn about the sport at a young age

In North America, the sport is often called soccer but in Brazil, the game is called football or ‘futebol’ in Portuguese.

Children learn about Brazilian football at a young age from their parents and families and it is often taught in schools as well as during gym or physical education classes.

The rules of football teach kids to be fair, responsible, persevere, be determined and much more – both on and off the field.

Whether they are playing on the streets, fields or beaches with friends for fun or competitively in a club, the rules are easily understood and followed by all in every aspect of life.

Football also plays an important role in socio-economic classes throughout the country. Children of disadvantaged families grow up thinking football could be their one ticket to success.

They see how successful professional players are and how they started, so it’s very aspirational and they grow up dreaming to provide a better life for their family. When asked, many children throughout Brazil will say when they grow up, they want to be a footballer.

3. Introduction of football in Brazil

Although this sport did not originate here, football in Brazil has become a huge part of the country’s heritage.

There are many theories and stories of how this iconic sport came to be in Brazil but, Charles Miller was believed to be the individual responsible for bringing football to his home country.

Miller travelled to England for school and returned home to São Paulo in 1894, bringing with him two footballs and a rulebook. He later shared his knowledge and love for the game and is now considered to be the “father of football in Brazil.” 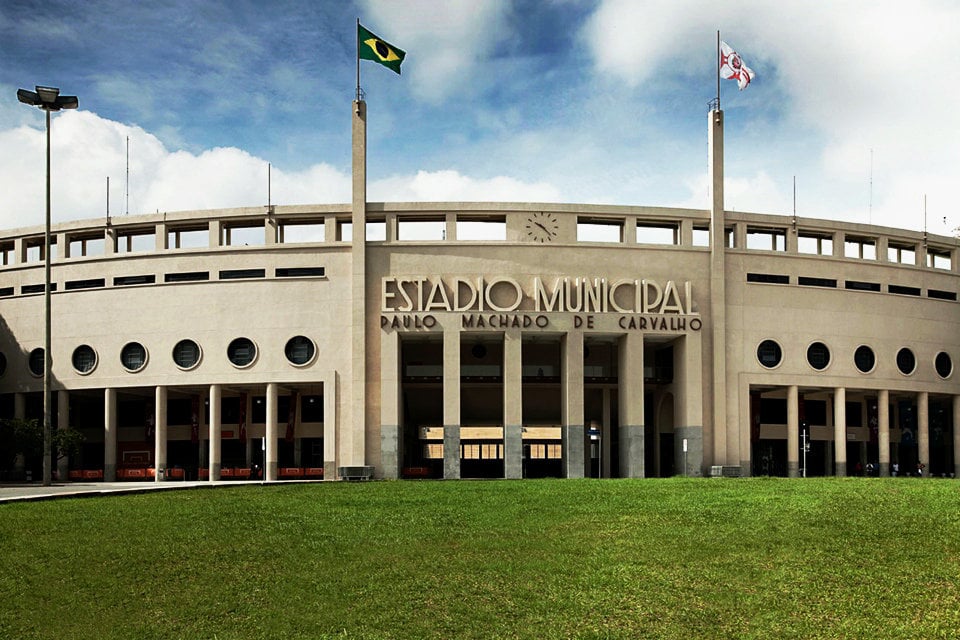 To date, the well-known ‘Museu do Futebol’ or the Football Museum in São Paulo, features an interactive exhibit on the history, practice and memorabilia related to Football in Brazil. Located in the Pacaembu Stadium, one of Brazil’s oldest football stadiums which still hosts games to this day, it also features a tribute to Miller and its 15 theme-oriented rooms are a must-see by any football fan.

4. The unity aspect of football in Brazil

Football offers a chance for Brazilians to meet new people. Often throughout the year in local and national championship football leagues, Brazilians will stand with their go-to teams and tensions may be present.

However, international events such as the FIFA World Cup offer an opportunity to unite all and join as one to support Brazil’s football team. Whether locals are playing recreationally, in a football club for fun or cheering for their country during the World Cup, this national sport brings together the entire population regardless of age, race, gender identity, culture, and socioeconomic status, igniting a spirit like no other. 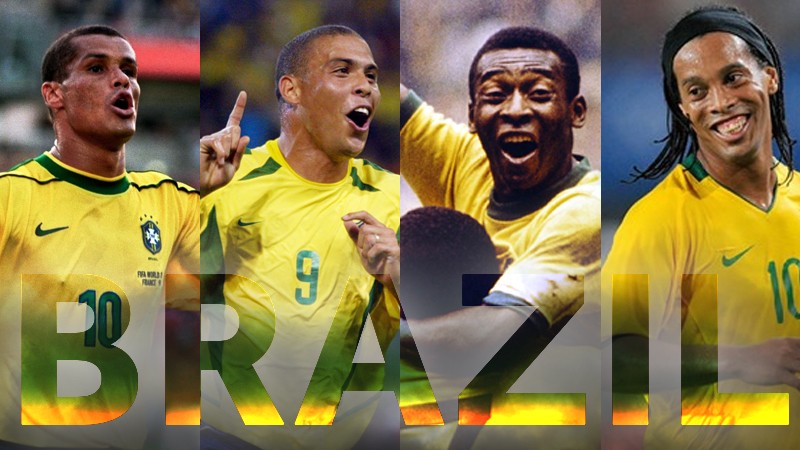 Brazil has also been known to produce some of the best footballers in the world including Ronaldo de Assis Moreira, commonly known as Ronaldinho, Edson Arantes do Nascimento widely recognized as Pelé, and Neymar da Silva Santos Júnior, known as Neymar. Female footballer Marta Vieira da Silva who goes by Marta, holds the record for scoring the most goals at the FIFA Women’s World Cup tournaments.

Brazil nurtures a very refined style of football. Since the very young age the kids are taught that they should play fair and beautiful. Therefore, when kids play street football, at the young age and with their club, goals scored bring one point each to the team

Around the globe, Brazilians are known for their unique football playing characteristics. Their creative style is known as dribbling and is truly a form of art to witness on the field.

In football, this is considered to be an advanced maneuver but when mastered, it is one of the most useful tactics in the sport to individually control the ball away from an opponent and hopefully score a goal! 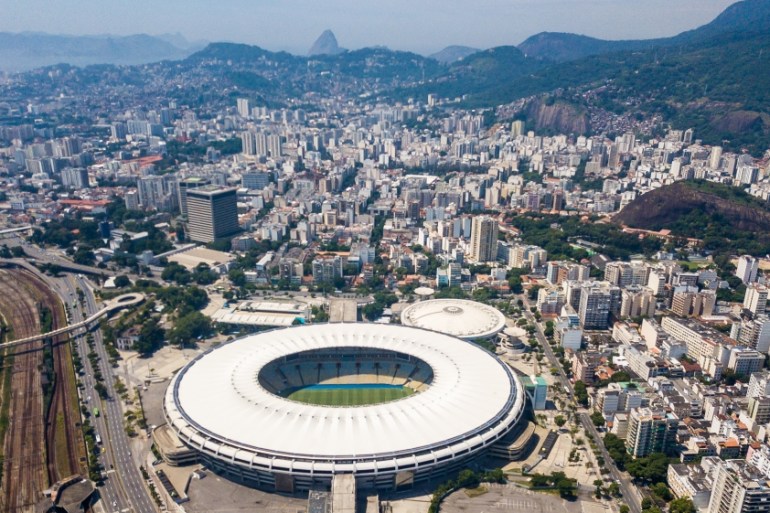 The FIFA World Cup events were held throughout the country including Maracanã Stadium, officially named Estádio Jornalista Mário Filho in Rio de Janeiro, which was built to host the first FIFA World Cup and was updated for the second.

This is the biggest stadium in Brazil and the true “temple” of football, where every Brazilian player dreams of playing at, and an iconic landmark for football fans and tourists. Also, to accommodate travelers from all over the world, hotels and shopping centers were also adapted. Brazil saw a major boost in their tourism industry during the World Cups.

Football in Brazil, is a major source of revenue for the economy. With many professional clubs across the country, The club’s success directly affects the area it is based in and leads to the development of the community.

For the poor youth, this is more than just a way to pass time. It serves as hope, and a way to follow in the footsteps of the great football idols. The is the essence of their dreams, the chance at a better future, along with the glory and love of their nation.

From childhood through adulthood, indeed to the very end of life, the beautiful game is everything and more it is their lifeblood.