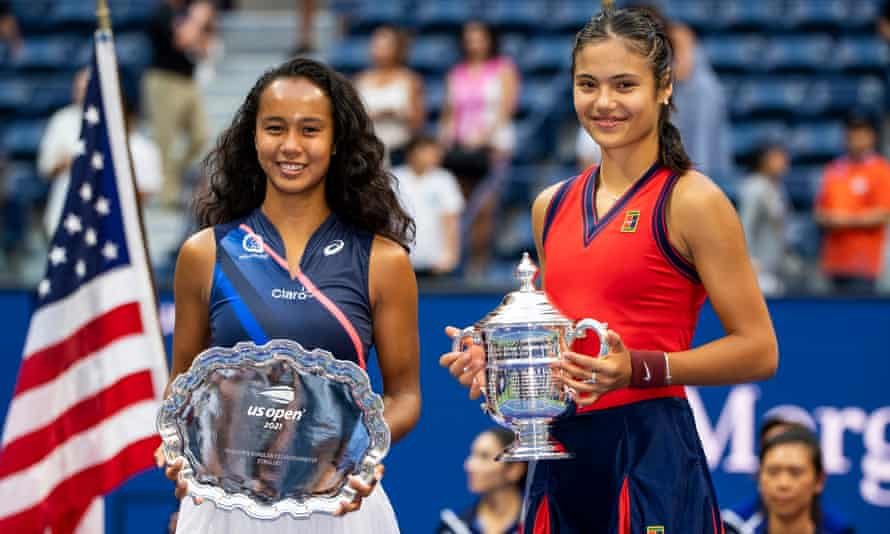 The impressive run of Emma Raducanu and Leylah Fernandez a British professional tennis and a Canadian professional tennis player respectively to reach the US Open final this year was nothing short of incredible and showcased the new level of excitement and statue the women’s game of tennis has reached.

Leylah did not have an easy time. Her third round through to semifinal matches all went to three sets. But she nonetheless took out a beloved Naomi Osaka, then an on-form Angelique Kerber, a performing Elina Svitolina and gutsy Aryna Sabalenka with grit and determination – four top players no one could have foreseen her beating.

Although Raducanu did not drop a set in the ten matches, it did not mean absence of challenges she did admit that they were tough contests with only a few points here and there making the difference. Three of them qualifiers just to make it into the main draw – and made history by becoming the first qualifier ever to win a Grand Slam. becoming the quickest woman to win a Major.

That history became entwined with that of Billie Jean King, who handed her the trophy on court after the final, as Raducanu became the third-lowest-ranked player after King and Kim Clijsters to reach the semifinals of the tournament.

She also became the third-lowest-ranked woman to win a Grand Slam, after Evonne Goolagong’s 1977 Australian Open victory and Clijsters winning the US Open in 2009.

Raducanu was ranked 338 at the start of July. An eye-catching run into the second week of Wimbledon saw her ranking jump to 179 and then 150 ahead of the US Open.

Her victory at the Grand Slam puts her at 23, a rise of 315 places in less than three months. It also makes her Britain’s new No.1, superseding Johanna Konta after six years at the top. 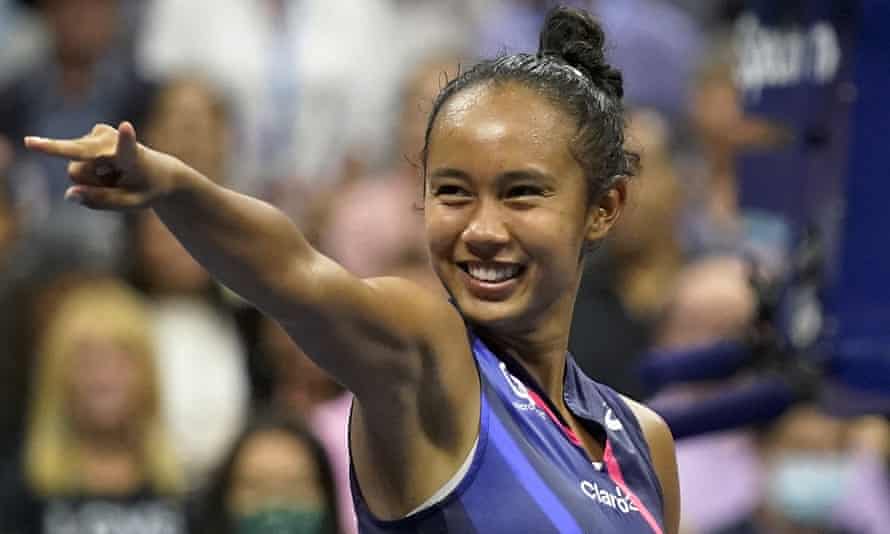 Fernandez was ranked 73 heading into the tournament and jumped to 28 after the final. She is now the youngest woman to have beaten three top-five players at a Major tournament this century, after Serena Williams did it in 1999 to win the US Open.

The pair’s accomplishments at Flushing Meadows put the next generation firmly in the mix for women’s titles moving forward.

Fernandez beat Svitolina in a third-set tiebreak to take her place in the semifinals. She was the youngest player since Maria Sharapova in 2005 to make it to the final four of the US Open, the day after she turned 19.

It was a record that lasted only a day, as Raducanu came through in straight sets against Olympic gold medallist Belinda Bencic in her quarterfinal to book a place in the semis, still aged 18.

It was only the seventh time since the Open Era began in 1968 that two teenagers faced off in a Grand Slam final, and the first time this century.

The most recent teenage play-off before Saturday was when 17-year-old Serena Williams beat 18-year-old Martina Hingis to take the 1999 title in New York.

At 18, Raducanu became the eighth-youngest player to win a Grand Slam in the Open Era. Hingis is still the youngest, after winning the Australian Open in 1997 at the age of 16.

That they achieved all this with such level-headedness for players so young is to be lauded. The sensitivity they displayed towards each other and New York on the anniversary of September 11 during their on-court speeches was heartening.

And it was ultimately just so refreshing and uplifting to witness Fernandez’s fierce determination and watch her discover how to draw energy from the crowd, alongside Raducanu’s mental fortitude and pure joy on the court, during some of the few weeks this year played in front of crowds.

But most impressive of all was how two unranked teenagers usurped a tennis story of the year that of Novak Djokovic attempting a Calendar Slam. Not even his dream-ending defeat to Daniil Medvedev the following day could outshine Raducanu and Fernandez.