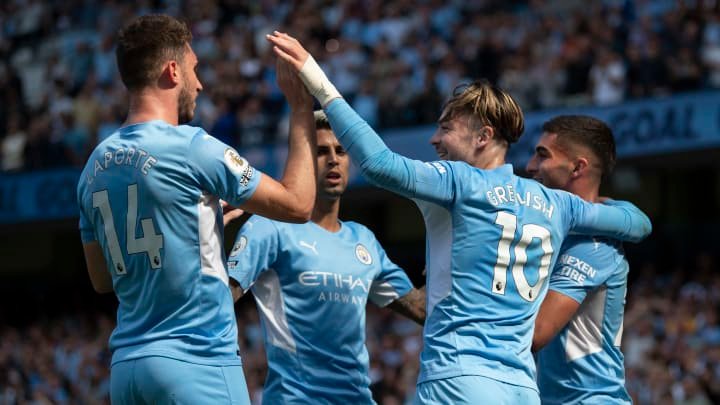 The 2021 summer transfer window was expected to be a bit quiet with many saying the clubs still feeling the financial effects brought about by the Covid-19 pandemic and so many top players being out of contract in 2022, but as the window progressed, it was a matter of who could dig more than who.

By the time the window slammed shut both Lionel Messi and Cristiano Ronaldo had new clubs, while we also witnessed a string of transfer records being broken including Premier League transfer records with clubs like Aston Villa, Chelsea, and Manchester City breaking the club’s transfer record.

Now the dust has settled, one question comes to mind: just which teams have the most expensive squads in world football? Well, today here at SportsLeo we have the answer thanks to Opta data analysis.

Monaco are best known for their effective youth academy, which has produced the likes of Kylian Mbappe, Thierry Henry and Emmanuel Petit over the years.

They are not afraid to splash the cash too, though, and currently have the second most expensive squad in Ligue 1 after giants PSG.

Before cutting their costs significantly in the summer of 2021, Inter went on a spending spree making them make enough to see them make the top 20, despite the big-money departures of Achraf Hakimi who joined PSG and Romelu Lukaku who departed for Premier League side, Chelsea.

The Bundesliga side is one of the best in selling players for profits and they secured good money on Jadon Sancho who recently joined Manchester United.

Another big selling is looming next summer in 2022 when it is expected, Erling Haaland will depart and Dortmund will make some good cash.

A surprise party on the list of top 20 most expensive squad, Villa sits on position 17.

Aston Villa have aspirations to be a European contender and they have backed up this ambition in the transfer market this summer. They had a busy summer in 2021, selling Jack Grealish for a British record fee and making a string of big-money signings including Leon Bailey and Emi Buendia.

Roma are not the first name you think of when ‘big spenders’ are discussed, so you may be surprised to learn that they have a more expensively-assembled squad than both Milan-based Serie A clubs, AC Milan and Inter Milan.

Sitting at position 16 and from a good transfer window including the acquisition of striker Tammy Abraham, Jose Mourinho has a good squad to work with this season.

One of the best clubs in the transfer market. Leicester City sells players for inflated prices before investing in even better replacements without missing an inch. An example is when they sold Ngolo Kante to Chelsea then brought on Nigerian Wilfred Ndidi who fitted in Kante’s shoes perfectly.

They might have the second most expensive squad in Serie A, but Napoli were only good enough for a fifth-place finish last season missing on the UEFA Champions League this season. A good portion of that value is Victor Osimhen who cost an African-record €70m in 2020 and has been a good signing since.

The Bundesliga giants are not big spenders when it comes to signing players, preferring to steal their rivals’ top talent for nominal amounts or sometimes on-free transfers.

They are not entirely against a bit of spending, however, as their high squad value shows. They however have the most expensive German squad.

Everton are one of European football’s biggest underachievers. Despite a string of expensive transfer windows in recent years, they are still no closer to breaking into the Premier League top six. Despite a quiet transfer window this summer, they sit in the 12th position in the world’s most expensive squads.

Although Atletico head coach Diego Simeone occasionally portrays his side as valiant underdogs, the truth is that Los Rojiblancos have been part of the European elite for some time.

Despite that, they have a much cheaper squad compared to the two Classico clubs in Barcelona and Real Madrid.

Tottenham chairman Daniel Levy gets a lot of bashing for his parsimony which is perhaps a bit unfair, considering Tottenham kick-off the top ten. The London-based club could climb higher next summer considering Harry Kane is most likely leaving and they have to get a replacement upfront.

Arsenal makes position eight, the same position they finished in the Premier League log last season. They were the biggest spenders in England this summer and that is the sole reason they are this up, otherwise, if we did this ranking before this summer, they could not make the top 10.

Cristiano Ronaldo’s departure has seen Juventus drop down a bit on this list.

Despite that, they remain Serie A’s biggest spenders by some margin and will be expected to regain the Scudetto this season although it’s promising to be tough for Allegri’s side.

Liverpool have the least expensive squad out of the Premier League big four ( Manchester City/ United, Chelsea, Liverpool) and it is not even close.

The Reds’ lack of spending has disappointed fans for several years but there is little sign of their approach changing any time soon, with the last busy summer they had in 2018.

The European Champions boast of the third most expensive squad in the Premier League after having a busy window the last two summers.

The £97.5m arrival of Romelu Lukaku has added plenty of value to their squad this time season with 80m Havertz boosting the squad value last summer.

Despite failing to land on Kylian Mbappe and the £150m bid turned down by PSG, Real Madrid sits on fourth and has the most expensive La Liga squad thanks to big-money transfers they have made in recent transfer windows including Eden Hazard.

You probably expected PSG to top this list and if not make the top two but they are third as things stand right now. They went free agent crazy this summer, bringing in Gianluigi Donnarumma, Achraf Hakimi, Sergio Ramos, Georginio Wijnaldum and Lionel Messi without spending a penny on transfer fees and that was enough to keep them off the first two positions.

Believe it or not, Man United has a more expensive squad than the like of Chelsea, PSG, and Real Madrid. Manchester United’s signings of Jadon Sancho and Raphael Varane has taken their squad value to the one billion euro mark for the first time ever in the history of the club.

It is just a matter of wait and see if the big-money signings will help them end the long trophy drought.

Their lead at the top is not as high as it has been in the previous few years, but Manchester City still possesses the most expensive squad in world football.

Kevin De Bruyne, Riyad Mahrez, Ruben Dias, and most recently, Jack Grealish, are just some of the players that have cost the Cityzens huge amounts. There will likely be more names to add to that list in the summer of 2022 as well considering they are still after Harry Kane.