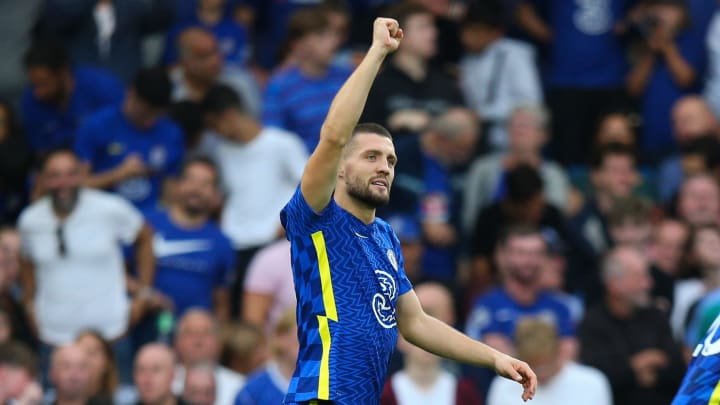 When Saul Niguez sealed a deadline day loan move to Chelsea from La Liga Champions Atletico Madrid ten days ago, it was inevitable that comparisons would be drawn between the Spaniard and Mateo Kovacic.

An underused and under-attributed midfielder whilst at the Spanish capital himself, Kovacic had joined Chelsea on a season-long deal from Real Madrid back in 2018 before making the switch permanent and becoming a first-team regular and a fan favourite in three years at Stamford Bridge, having taken to the Premier League like a duck to water.

Although the Croatian is rarely among the goalscorers or goal assists, his tireless running and tenacious approach to the game have endeared him to the Blues faithful; undoubtedly a successful loan signing following spectacular past failures such as Maniche, Quaresma and, needless to say, Radamel Falcao.

Saul had been allowed to leave Atletico despite being seen as a prodigal son at Wanda Metropolitano just a few seasons ago, struggling to nail down a starting place and rediscover the form that underpinned his heroic rise, and growing weary of being played out of position in an unfamiliar wing-back role.

Considering the happenings, there was understandable anxiety when the 26-year-old was handed a starting debut for the visit of Aston Villa on Saturday whilst Jorginho was rested having just arrived on Friday from Italy. Would this be the start of another long and prosperous relationship between Chelsea and another outcast Madrid midfielder?

Well, not on this exhibit. As the narrative would have it, former Real Madrid loanee, usual dark horse, and goal-shy unsung hero Kovacic had the game of his life, while new boy Saul suffered a terrific, near-nightmare start to life in England.

Deployed in a deeper starting position than he is perhaps used to, the Spain international clearly struggled to adjust to the demands of the English top-flight League, especially when confronted with a relentless, aggressive press from Aston Villa players. On his side, Kovacic handled the press well without any show of pressure.

Chelsea new signing Saul Niguez [left] had a debut to forget in the match against Aston Villa whilst Kovacic had a game to remember. | PHOTO: Courtesy |

Saul lost possession three times in the first half and lost eight of his nine duels, including all seven on the ground – as he was hounded by John McGinn, Jacob Ramsey and Douglas Luiz. One of his errors very nearly led to a goal, but Ollie Watkins spurned the opportunity and Thiago Silva came to Chelsea rescue.

His poor showing did not go unnoticed by everyone, Saul was hooked by Thomas Tuchel at half-time, and Blues’ head coach acknowledged the Spaniard’s ‘big mistakes’ in a post-match interview with Premier League official broadcaster Sky Sports.

“I had the feeling that he struggled,” Tuchel said. “There were some big mistakes, passing mistakes, and he struggled with the intensity. You could see he isn’t fully adapted.”

Kovacic’s man-of-the-match performance could not have been more contrasting; following a trademark stunning dribble, the Croatian fired a wonderful, lofted through ball from inside his own half into Romelu Lukaku’s feet, setting up the Belgian to cut inside and finish clinically to put Chelsea ahead.

Then, four minutes after the break, the 27-year-old had a goal of his own, seizing upon a painfully under-hit back pass from Villa defender Tyrone Mings before finishing beautifully from the angle. The strike means the midfielder already has more goals and as many assists as he managed in the entirety of last season. Notably, this was Kovacic’s first Chelsea goal at Stamford Bridge. We definitely, can not say Saul should be written off and he needs time, but he’ll need to adapt quickly in his limited time to make an impression. You feel most coaches would be more likely to entrust the old guard to get the job done otherwise, and with the likes of Jorginho and Ng’olo Kante also in the same team playing the same position, he definitely has to work harder.

One good thing he should be grateful for is that Tuchel is a rational man, and he was hasty to add that the half-time substitution doesn’t mean anything more. “It’s completely my responsibility,” he said after the match. “I had the feeling he could jump in for us and play at that level. I thought it was maybe better to change him, but it doesn’t change anything.”

Kovacic is proof of what is possible with trust, time, and persistence considering he also endured a hard start of life at London and many even say had it not been the transfer ban Chelsea faced in 2018, Kovacic would have returned to Madrid.

The Croatian presence at Stamford Bridge can be hugely beneficial for Saul and a reference point for his evolution from a La Liga player into a Premier League one. The new arrival has all the attributes to succeed, but there is clearly some confidence that needs to be restored first and some work to be done to get back to the Saul we all knew three years ago.