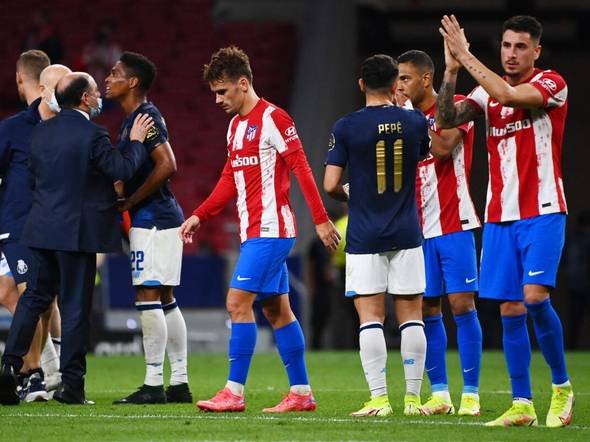 Last year quarter-finalists and Portugal giants FC Porto hit the post and had a late goal controversially ruled out by Video Assistant Referee as they settled for a goalless draw with La Liga Champions Atletico Madrid at the Wanda Metropolitano.

Taremi pounced on some uncertain defending to score what looked like being a scrappy opener, only for a lengthy VAR check to disallow it out for a handball infringement by Taremi.

The visitors also went close earlier in the half through an Otavio cross that came back off the frame of the goal, prompting Diego Simeone to introduce Antoine Griezmann from the bench to bolster his attacking.

But despite having the likes of Griezmann, Luis Suarez, and Angel Correa on the field, Atletico could not find a trademark late goal, even after a late Chancel Mbemba red card as they kicked off their Group B campaign with a draw. 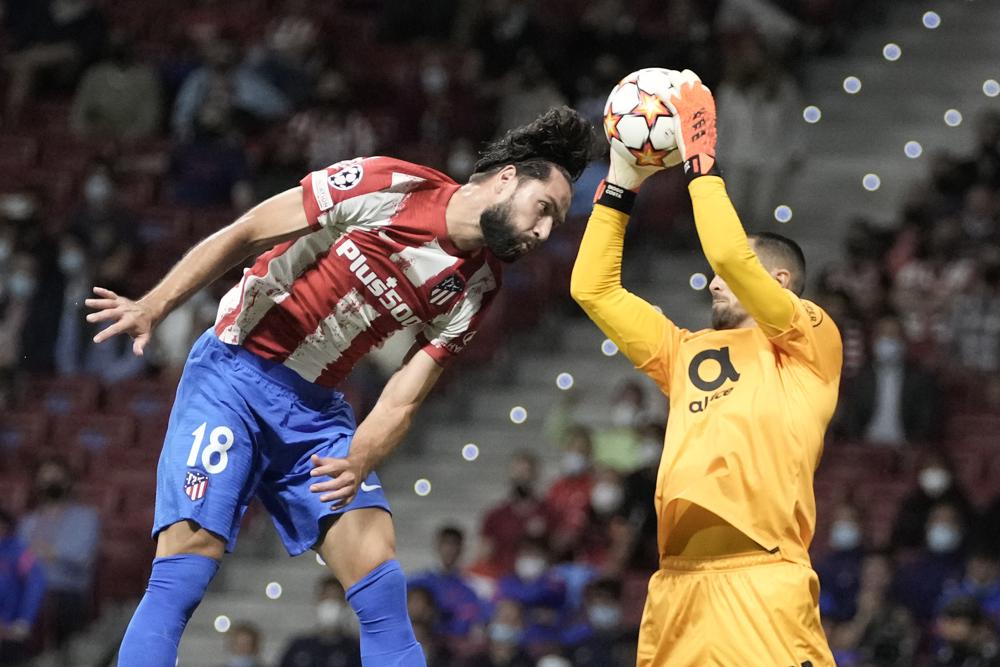 Suarez was denied by Diogo Costa inside the opening six minutes when taking on an early shot, but that proved to be the home side’s only serious attempt in the first half as they spent the better part of the half on the back foot.

Porto did not fare much better before the interval as Taremi put his shot wide from a good position and Marko Grujic headed over from the best of their opportunities.

The hosts were given a scare when Otavio’s attempted cross looped over Jan Oblak and hit the post, with the loose ball just out of Taremi’s reach to place it home.

Simeone turned to Griezmann and Correa at that point and the latter got an angled drive on target soon after that Costa was equal to down low.

The La Liga title holders had scored late goals in their last two matches but it was Porto who went closest to snatching all three points here through Taremi.

However, the ball ricocheted off the forward’s hand on its way over the line and was chalked off, and further misery was to come for Porto when Mbemba saw red for bringing down Griezmann in added time.

Placed in an extremely tough group that also contains Premier League and Serie A giants, Liverpool and Milan who are also two of the four most successful sides in European Cup history, Atletico would have seen this as an important game to put three early points on the board. 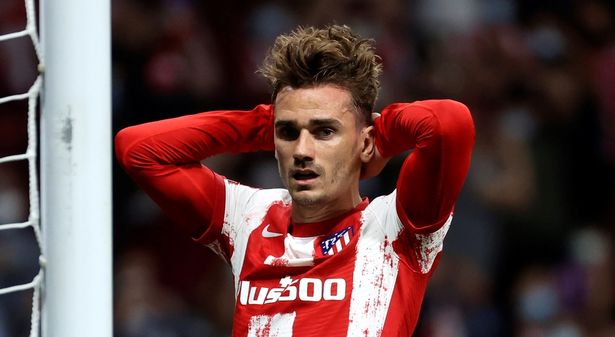 Antoine Griezmann started from the bench but was introduced early in the second half. | PHOTO: Courtesy |

Porto themselves boast a proud record in this competition, though, having gone all the way in 2004 and reached the quarter-finals last season, and they did more to win this contest over the 90 minutes.

Atletico has now won just two of their last 10 matches in the Champions League and has work to do if they are to advance, with Liverpool the side top of Group B after beating Milan 3-2 in their opening game played at Anfield.

Substitute defender Renan Lodi played a poor pass back to Oblak and Taremi was on hand to pounce, but the ball hit his hand before crossing the line and VAR intervened.

Oblak, who was also caught out by Otavio’s earlier wayward cross, breathed a huge sigh of relief and now has 29 clean sheets since making his Champions League debut in September 2014 – more than any other goalkeeper.

Griezmann had an underwhelming second debut for Atletico in their late win over Espanyol last weekend and was unable to make a difference here when brought off the bench.

The France international had 19 touches of the ball, which is one more than Suarez managed across the entire game, but not one of those came in the opposition box where he can do most of his damage.

Atletico will be back to LaLiga action on Saturday with a home match against Athletic Bilbao, while Porto host Moreirense in the Primeira Liga on Sunday. The next Champions League tie in this group will see Liverpool travel to Porto as Milan host Atletico at San Siro.