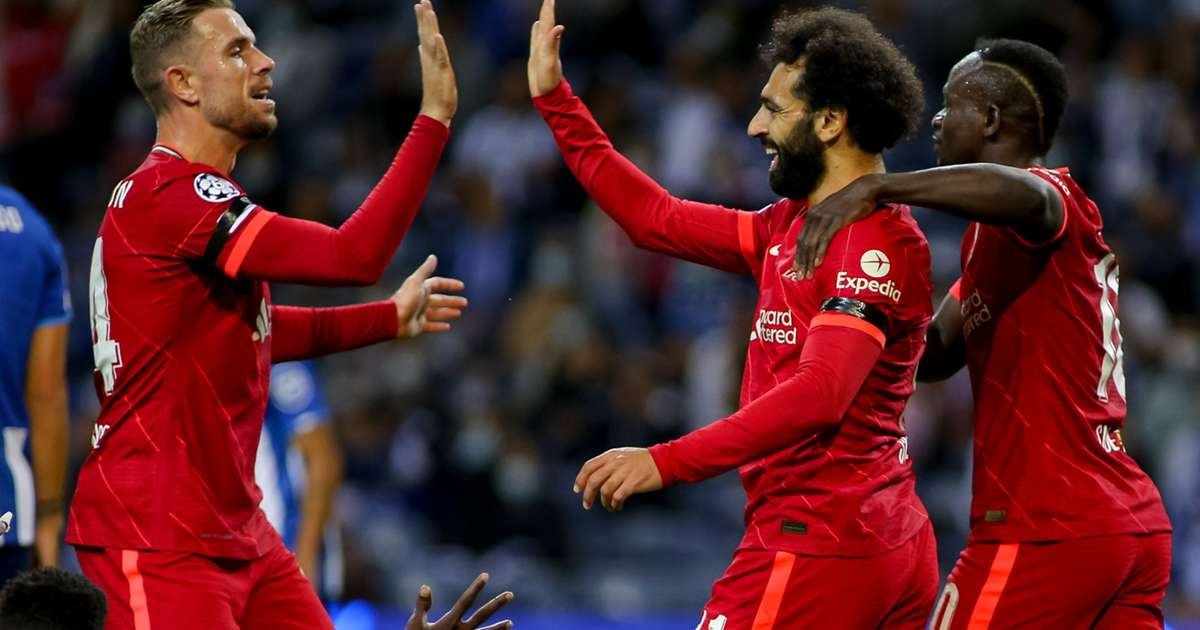 Liverpool made it two wins in two at the start of a new UEFA Champions League campaign, cruising to a 5-1 victory against FC Porto at the Estadio do Dragao.

Liverpool had emerged victorious in a five-goal thriller in their Group B opener against Milan at Anfield a couple of weeks ago, yet there were no such nerves on Tuesday against Porto, an opponent they have made a habit of beating through the years.

Jurgen Klopp was still in charge for 5-0 and 4-1 wins on Portuguese soil when leading Liverpool to successive final appearances in Champions League in 2018 and 2019, and this year’s squad appears on course to make the knockout stages once more.

Mohamed Salah and Roberto Firmino each scored twice, the Brazilian after coming on as a substitute, while Sadio Mane was the other player on target, making it five goals for him in five appearances against Porto.

The result did not come as a surprise, considering Porto had failed to record a single win in the previous eight meetings. The hosts were dealt a blow when Pepe was ruled out with an injury suffered in the warm-up, while Otavio’s outing was cut short after 14 minutes. The Porto shot-stopper did do better to deny Liverpool captain Jordan Henderson a goal to mark his 400th appearance for the club, turning the visiting captain’s fierce free-kick away, but his failure to cut out James Milner’s low cross allowed Mane to tap home into an empty net before the interval.

Salah scored his second of the game and the third for Klopp’s side on the hour mark before heading to the bench and while Mehdi Taremi headed in to pull a goal back, it only served as a consolation to their home fans as Liverpool were not yet done.

Diogo Costa rounded out a poor performance by running from his area to try to reach Jones’ through-ball, allowing Firmino – who reached for the ball before the goalkeeper to roll the ball into an unguarded net. The Brazilian added another just four minutes later when reacting quickly to a deflection, though only after a long VAR check for offside. 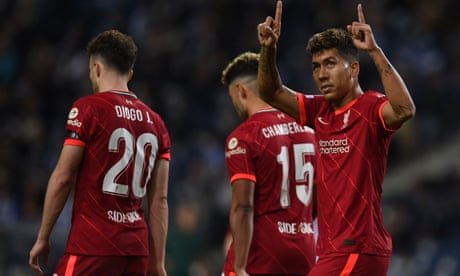 Liverpool, forward Roberto Firmino celebrates after scoring his second and the fifth goal for Liverpool against FC Porto in a Champions League clash on Tuesday night. | PHOTO: Courtesy |

After netting his double, Salah moves on to 31 Champions League goals in his career, putting him clear of Samuel Eto’o for second place on the all-time list for African players in the competition. Only Didier Drogba has managed more with the Chelsea and Ivory Coast legend scoring 44 Champions League goals.

The Egypt international has also now scored in each of his last six appearances for Liverpool. That is the first time a player has netted in six in a row for the club since April 2018, when Salah himself managed to do so for seven successive games.

Both sides will be back to their respective league action on the weekend as Liverpool takes on City at Anfield on Sunday in a huge clash prior to the international break. Porto, on their side, are at home again, hosting Pacos Ferreira in domestic action.