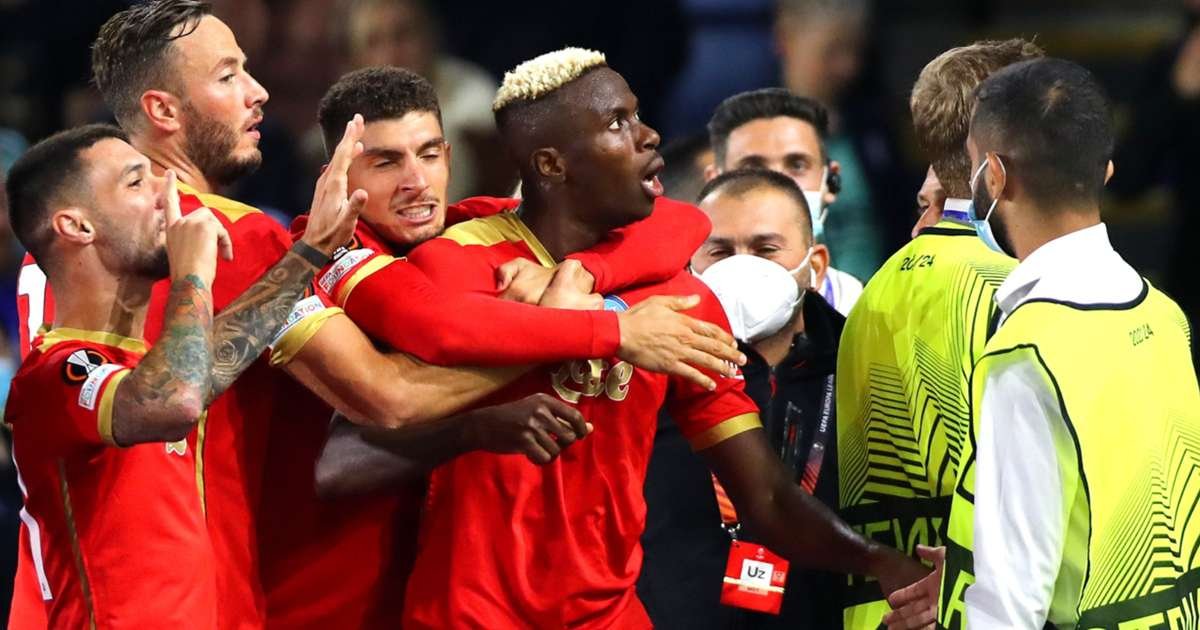 Napoli forward Victor Osimhen completed a late double to bring Napoli from behind and salvage a 2-2 draw against Premier League side Leicester City, who finished the game with 10 men.

Napoli were behind after just nine minutes courtesy of Ayoze Perez’s opener goal in 15 games in the Europa League Group C opener at the King Power Stadium. 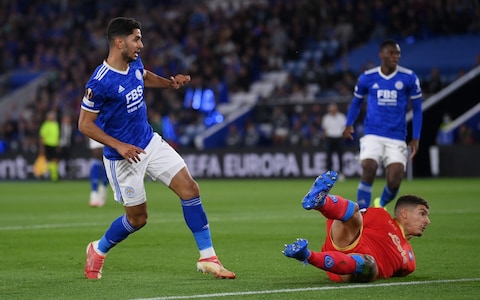 Leicester City winger Harvey Barnes set up the opener and looked to have wrapped the three points up for Leicester in the 64th minute, but Osimhen got them back in the game with a beautiful lob over shot-stopper Kasper Schmeichel.

Osimhen then headed home a stunning equalizer in the 87th minute to maintain Napoli’s unbeaten start to the season, with Wilfred Ndidi shown a second yellow card to send him off in stoppage time to compound a disappointing end to the game for Leicester. 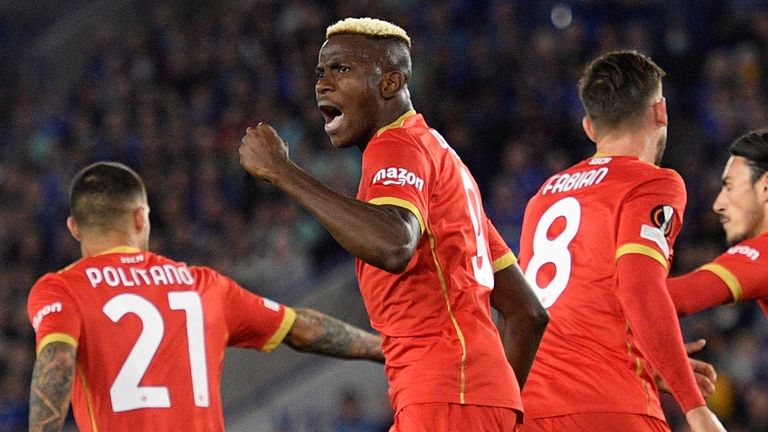 After being denied by a brilliant David Ospina save, Barnes teed up Perez to volley home the opening goal in a prolific start for Leicester.

But Brendan Rodgers’ side came under significant pressure late in the first half and after doing well to keep Piotr Zielinski’s deflected effort out, Schmeichel batted away a free header from Hirving Lozano and held a low drive from Fabian Ruiz in quick succession before halftime break.

Patson Daka had what he thought was his first Leicester goal overturned by the VAR before Barnes latched onto Kelechi Iheanacho’s excellent through ball and drilled a powerful finish across Ospina in the 64th minute.

Osimhen lifted the ball over Jannik Vestergaard and then Schmeichel for a memorable goal five minutes later, and Napoli were rewarded for continuing to push for an equalizer.

Caglar Soyuncu was towered over by Osimhen, who powered a header into the back of the net before rushing to celebrate with the traveling fans.

Leicester were left with a bitter taste as Ndidi received his second booking for a foul on Adam Ounas at the death, meaning he will miss their trip to Legia Warsaw later this month.

Both teams will be hoping to make deep runs in the competition after falling in the round of 32 last season, so it should be another thriller when they meet at the Stadio Diego Armando Maradona in the final round of fixtures in December.

Napoli were wasteful in front of the goal for much of the game, Lorenzo Insigne failed to hit the target with any of his five shots, but Osimhen kept plugging away and was rewarded with a second-half brace. He supplied two key passes and would have had an assist to go with his goals had his team-mates shown more composure in front of goal.

Leicester will be back to Premier League action this weekend as they make a trip to Brighton and Hove Albion on Sunday, while Napoli are away to Udinese in Serie A a day later.