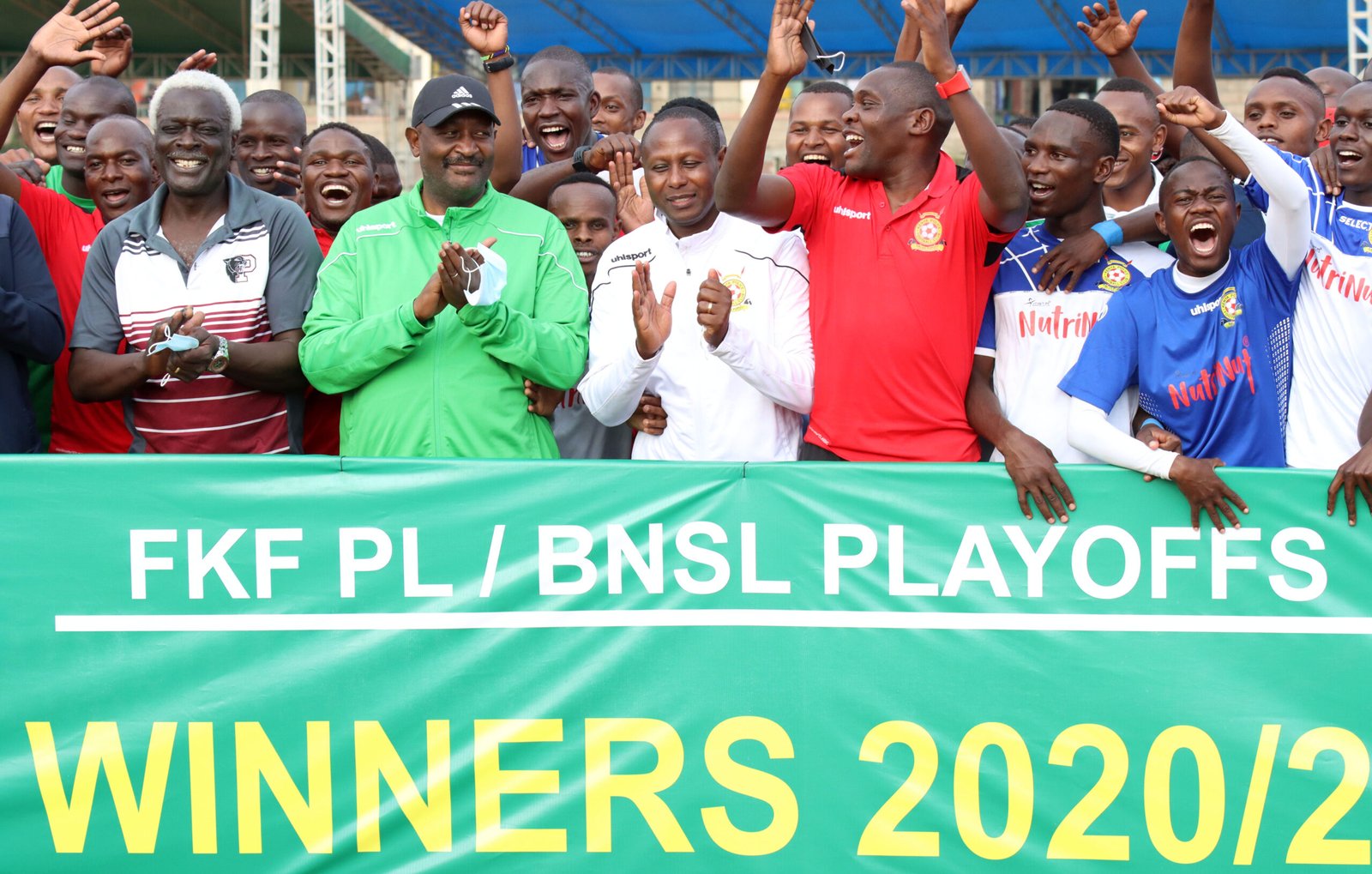 Kenya Police became the first ever National Super League (NSL) side to beat a Football Kenya Federation Premier League (FKF PL) side in the play-off as the uniformed men earned a first ever berth in the top flight.

Clinton Kinanga scored the lone goal in the first half as Police ran off 1-0 winners over Vihiga United on Sunday afternoon and 2-1 on aggregate to earn a place in Kenya’s top-flight. This means that all three promoted side next season will be debutants.

NSL winners FC Talanta and second placed Vihiga Bullets had earlier booked themselves places in the FKF PL next season.

“I am really proud to see this team in the top flight league. I joined them with about 12 matches to go and what I did is just instill confidence in them because that is what was lacking. They have worked hard and now we have earned from our labour,” Police coach John Bobby Ogolla, a former Kenyan international and Harambee Stars head coach stated. 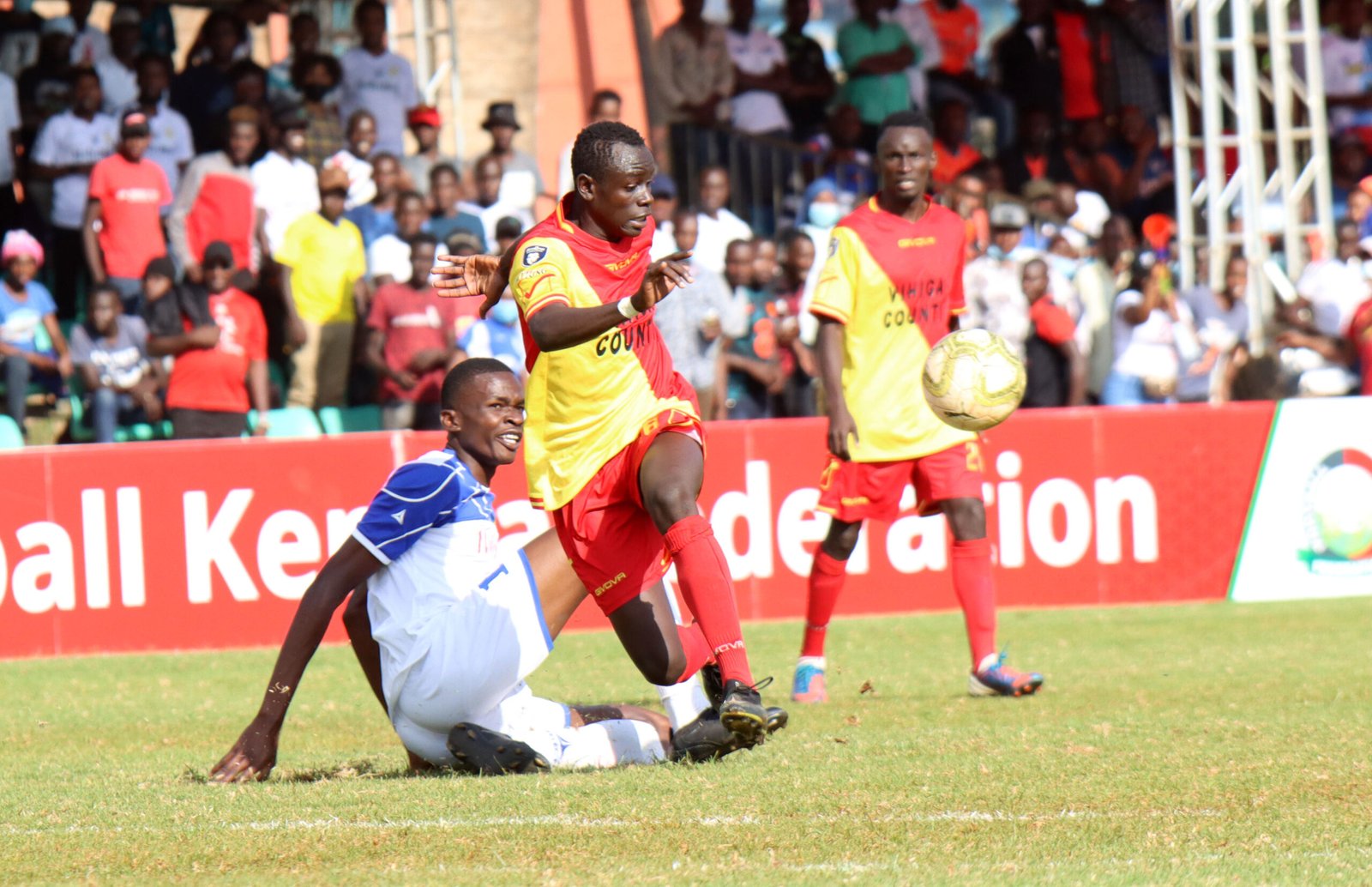 Vihiga finished 16th in the FKF Premier League to force themselves down into the play-off, but couldn’t get the job done after failing to score in the second leg despite having numerous opportunities.

Kinanga broke the deadlock in the 33rd minute when he reacted fastest after Vihiga keeper Mustapha Oduor had saved Eric Kipkirui’s penalty. The home side was awarded a freekick after the fleet footed Kelvin Mwaura had been brought down inside the box.

It was a second time that the lanky Kinanga had scored against Vihiga, having also done so in the first leg.

Vihiga had been off to a slow start but after conceding began playing with more urgency. In the 44th minute, Lawrence Luvanda came close with a well taken freekick from distance, but it flew straight into keeper Rueben Juma’s arms. 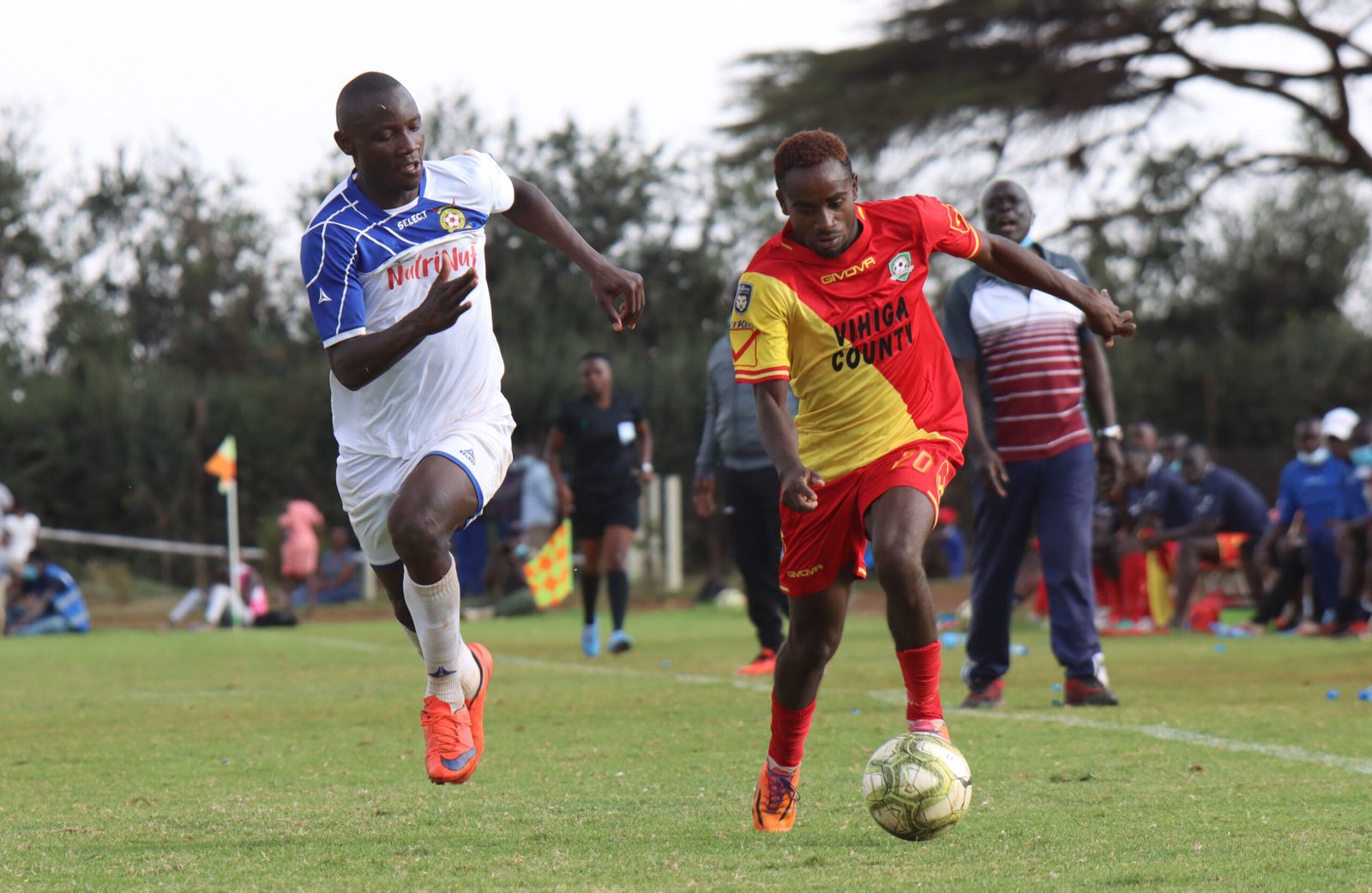 At the stroke of halftime, Vihiga had a perfect chance to draw level but Kelvin Omondi wasted a glorious chance when a cross from the left found him isolated inside the box but he blasted his volley over the bar.

In the second half, it was all Vihiga United and the introduction of Dennis Monda added them more ball retention capacity in the final third.

Six minutes after the restart, Luvanda had a chance to take his team back on level terms but his volley off a poorly defended corner at the edge of the box was deflected wide.

They had a chance come off the post in the 56th minute when captain Michael Odongo struck a well weighted shot from the edge of the box after a swift start to a throw-in.

Police had a rare chance to bury the game in the 63rd minute but with his first touch of the ball aftercoming on as a substitute, David Oluoch failed to head the ball on target. A freekick behind the defense from Bernard Omondi found the run of Oluoch, but the latter failed to head home unmarked. 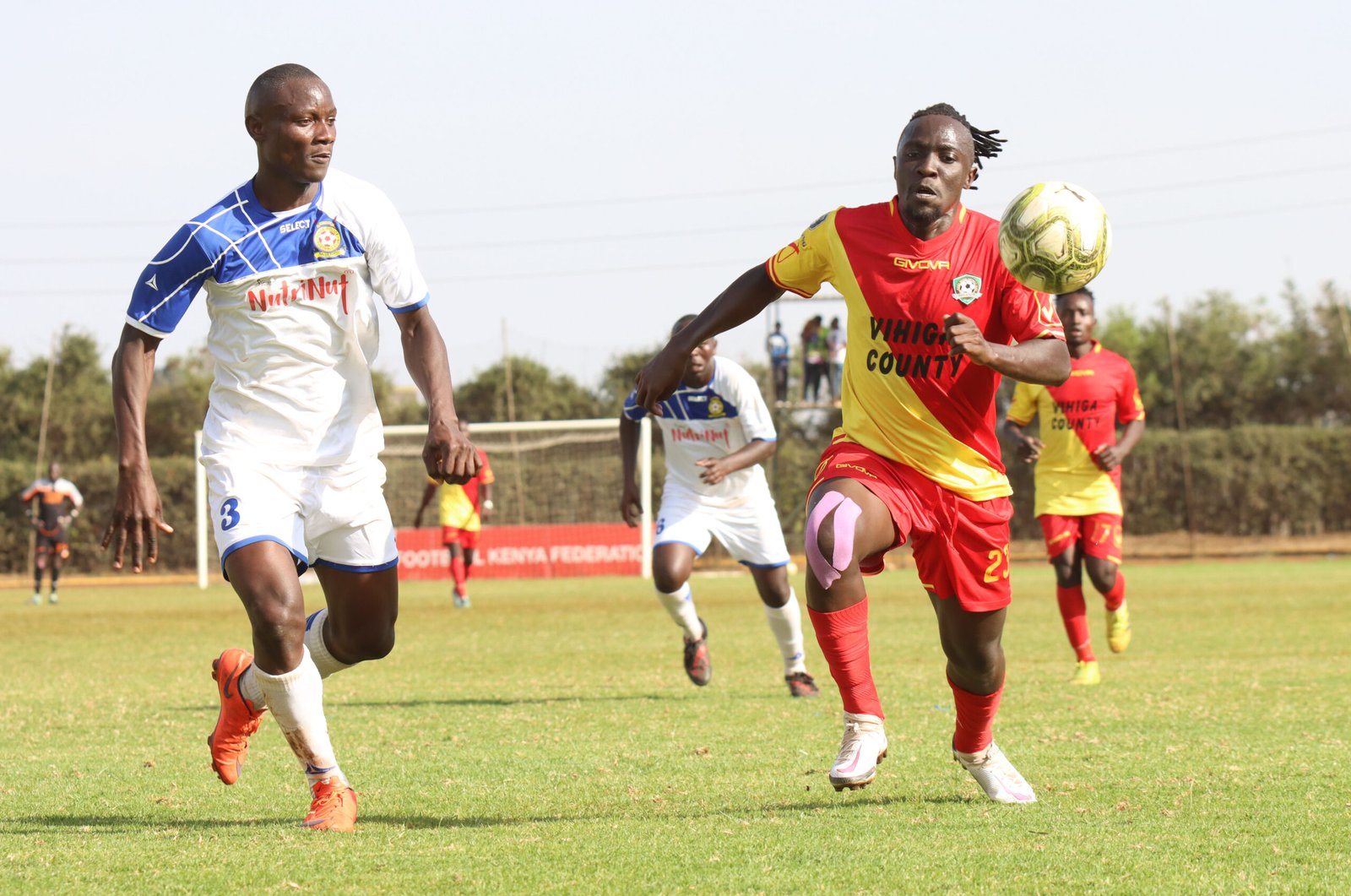 Vihiga were denied by the uptight again in the 68th minute, this time, Isaac Otieno cracking a header against the woodwork after rising to head a Luvanda freekick. The keeper was left rooted but breathed relief when the ball came off the frame of his goal and the defense cleared.

Vihiga kept the pressure, but couldn’t find the goal to take them back into the game.