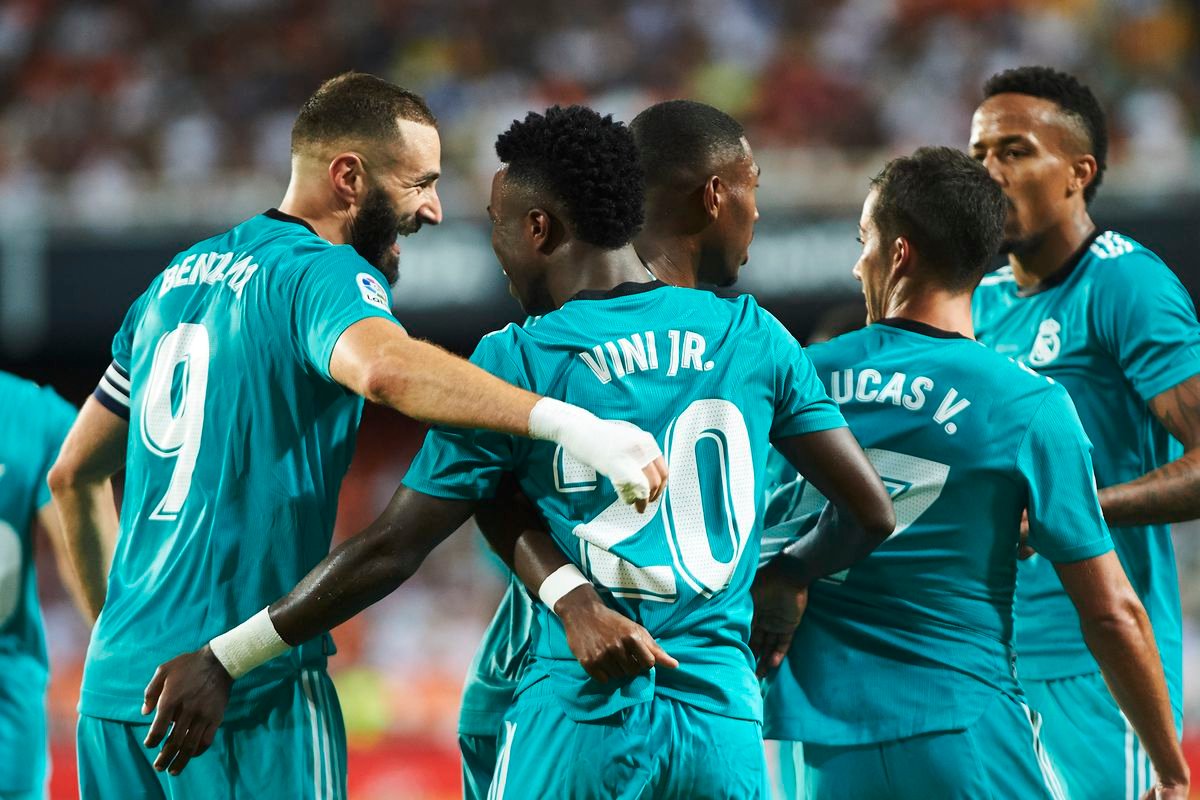 Vinicius Junior and Karim Benzema rescued Real Madrid from a three points loss as they stunned Valencia 2-1 after a quick-successive late double strike on Sunday evening in a La Liga meeting.

Carlo Ancelotti’s side was not at their best for the first 80 minutes of the game and trailed to Hugo Duro’s elegant finish, as former Getafe coach Jose Bordalas looked set to take his Valencia team top of the table after five matches.

A long unbeaten streak in LaLiga looked sure to come to an end for Real Madrid, but Vinicius struck a deflected leveler in the 86th minute and Karim Benzema grabbed the winner two minutes later, silencing the home crowd as the ball went in off his shoulder. 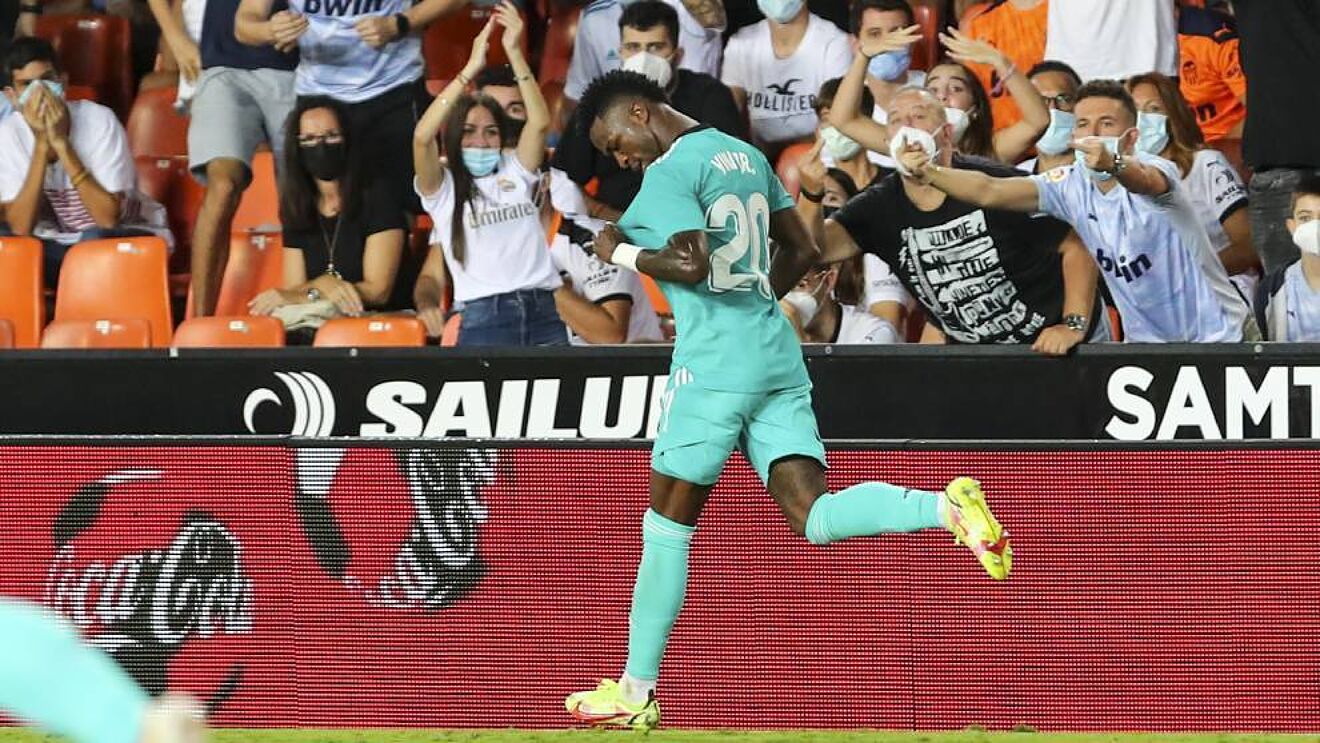 The visitors had won just one of their previous seven league games at Mestalla drawing two and losing four, but a never-give-up attitude has served them well in recent times, and it paid off once again at Mastella.

Valencia suffered a big blow when their captain and key midfielder Carlos Soler limped off in the 14th minute. Soler scored a hat-trick of penalties in this fixture last season as Valencia claimed a 4-1 win.

Still, the hosts did not let the wave affect them and were soon on the front foot. Maxi Gomez wanted a penalty in the 28th minute when he tumbled under David Alaba’s challenge after getting behind the Madrid backline, but referee Pablo Gonzalez Fuertes was of a different opinion.

However, Valencia kept coming, and Thibaut Courtois was alert to push away Gabriel Paulista’s header as the former Arsenal defender met a free-kick from right-back, Daniel Wass, on the edge of the six-yard box shortly before half-time.

Winger Goncalo Guedes should have put Valencia ahead in the 50th minute but shot a yard too high after Yunus Musah showed quick feet on the right flank and played the perfect cut-back.

The breakthrough Valencia deserved came in the 66th minute when Duro found the bottom right corner with a terrific left-footed finish across the goal after a deep cross reached him beyond the far post.

Benzema was denied by home goalkeeper Giorgi Mamardashvili as Madrid sought a route back into the game, and it eventually came when France forward teed up Vinicius for a shot that found the bottom left corner via a hefty nick off Dimitri Foulquier.

It was the same Madrid combination that left Valencia broken again two minutes later, with a cross from the left by Vinicius finding predator Benzema to deflect the ball in from close range.

Real Madrid forward celebrates after scoring the winner against Valencia on Sunday evening in a La Liga meeting. | PHOTO: Courtesy |

Benzema’s fifth attempt of the game won it for Madrid, but again Vinicius had an important role. His cross was one of high quality, and it was a third chance of the game created by the young Brazilian, second only to Eden Hazard’s tally of six for the visitors.

Benzema has often carried this Madrid team and he entered Sunday’s game with a strong career record against Valencia, scoring 10 LaLiga goals, only netting more in his career against Granada whom he has scored 14 against and Athletic Bilbao (13). Make that 11 now against Valencia, but it looked set to be an evening that ended in frustration as his finishing lacked some of its familiar fizzes.

When the winner came, off his shoulder as he looked to put a head on the ball, it felt like one he had perhaps earned for persistence, although Valencia would not see it that way. It means he has scored at least one goal in each of his last six games against Los Che.

Both teams will be back to action in the midweek as Madrid host Real Mallorca at the Santiago Bernabeu on Wednesday. Valencia on their side travels to Seville as they take on Sevilla.