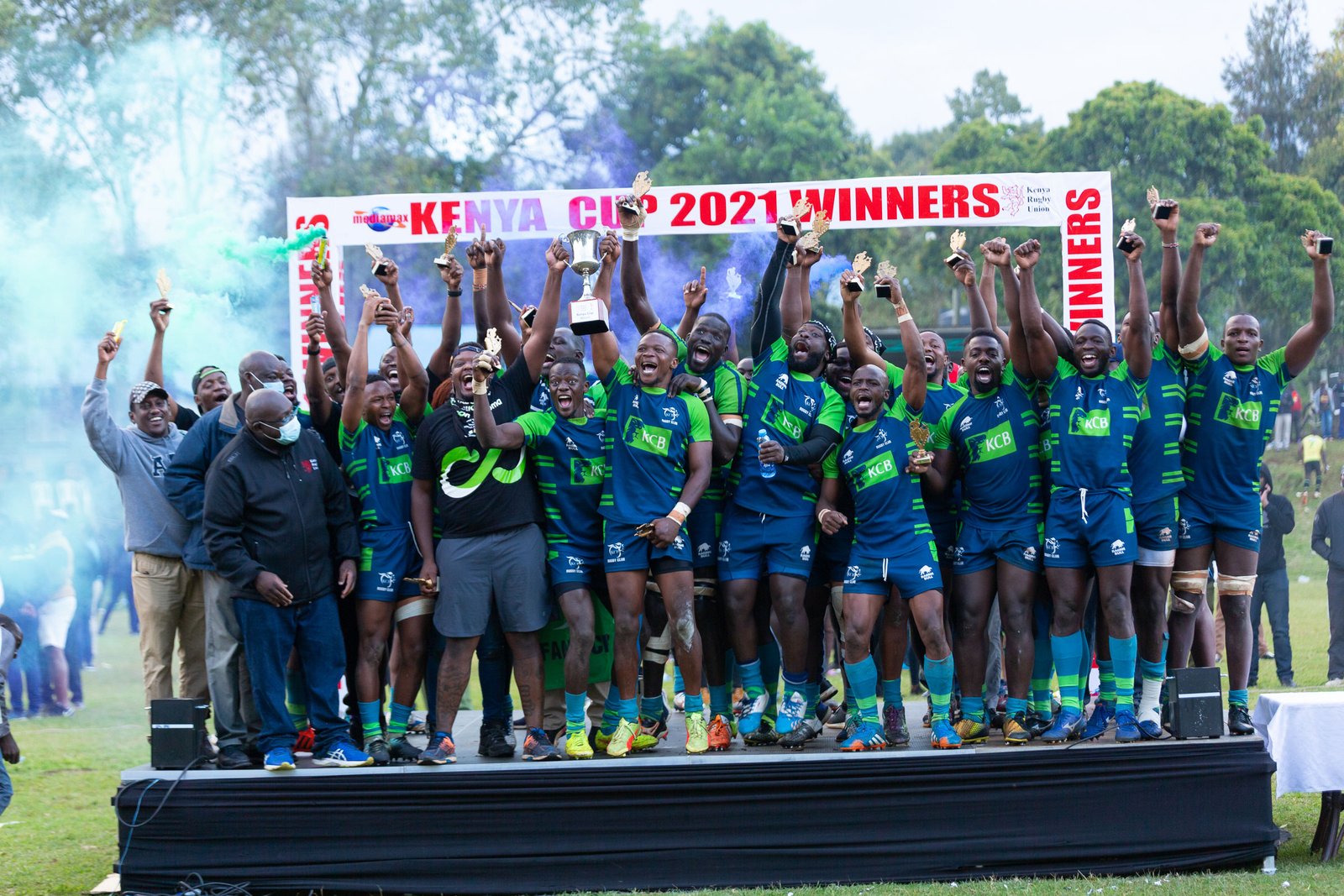 For the fifth time, Kabras Sugar could not beat KCB in a Kenya Cup final. The Kakamega-based side had already beaten KCB in the regular season, but when the two sides met in the Final on Saturday at the Nandi Bears club, it was the bankers who came out top, winning 28-25 in stunning fashion.

Kabras, who were seeking their second Kenya Cup title were leading 20-0 at halftime, but the bankers drew 25-25 at full time to send the game to sudden death, and they went all the way to boot home a penalty and clinch the title for the eighth time.

Having lost four finals before to the bankers, Kabras came into Saturday’s final with the urge to get one over their bitter rivals especially after a hugely successful campaign in the regular season.

They did not take time to settle into the game and got things started as soon as the whistle went. The rainmakers were 6-0 up early on after a pair of converted penalties from Ntubeni Dukisa.

They continued with the dominance and Jone Kubu dotted down the first try of the game. The naturalized Kenyan of Fijian decent picked the ball on the right from a scrum before evading a tackle and sliding back under the posts.

Kubu then completed his brace in almost similar fashion. A scrum in the middle of the pack accorded him the opportunity to pull out wide and the ball was played to his path once again. He bumped off one challenge before going over, the try converted for a 20-0 lead.

The bankers’ afternoon went worse when Isaac Njoroge was sent to the sin bin before Rocky Aguko had to be stretchered off with a nasty looking leg injury. There was a long stoppage to the match due to an ill-equipped ambulance but once the game resumed, KCB kept the fight. 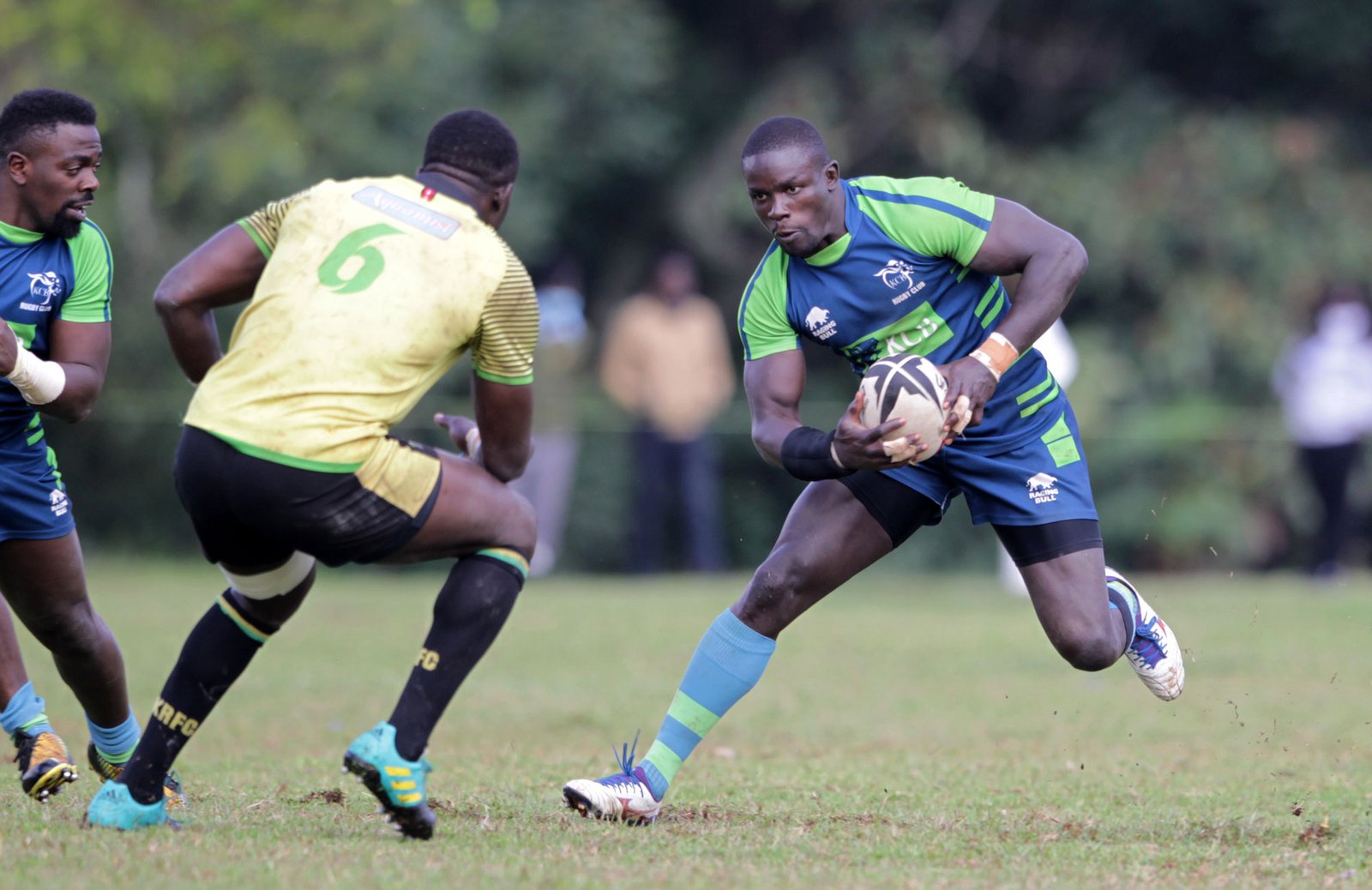 In the second half, KCB seemed determined to push Kabras to the wall and get the game back within touching distance. Jacob Ojee then dotted down KCB’s first try of the game far off on the left. The Kenyan international went over after some fine work from Vincent ONyala.

Onyala picked the ball in the middle of the pack, played out a dummy to create space to run then offloaded to Ojee who completed the move.

The bankers would add three more when Darwin Mukidza booted home a penalty for a 20-8 scoreline.

KCB’s fight was once again punctured when skipper Andrew Amonde was sent to the sin bin and Kabras took advantage of the numerical superiority to stretch their lead. Valerian Tendwa went over the line for Kabras’ third try of the game after running into Kubu’s clever kick between the defense.

But KCB didn’t lose their heads and kept the fight. The squeezed the scores with Mukidza booting home another penalty to take the scores to 25-11. Back from the sin bin, Amonde took KCB within touching distance when he stretched over off a maul with Mukidza slicing the posts for a 25-18 score.

The belief was there and the bankers knew just one push was enough to get themselves squarely back in contention. But, they had a numerical handicap once again with Mukidza sent to the bin.

The resilience though was unmatched. With 14 men, KCB drew level. Onyala pushed his way beyond the line with less than a minute of play left and Johnstone Olindi booted home the extras for a 25-25 square to send the game to sudden death.

Kabras had a chance to win it, but Dukisa could not convert from a penalty.

The bankers picked cue and Mukidza made no mistake when KCB won a penalty, drilling home for a perfect victory, their fourth consecutive Kenya Cup title.