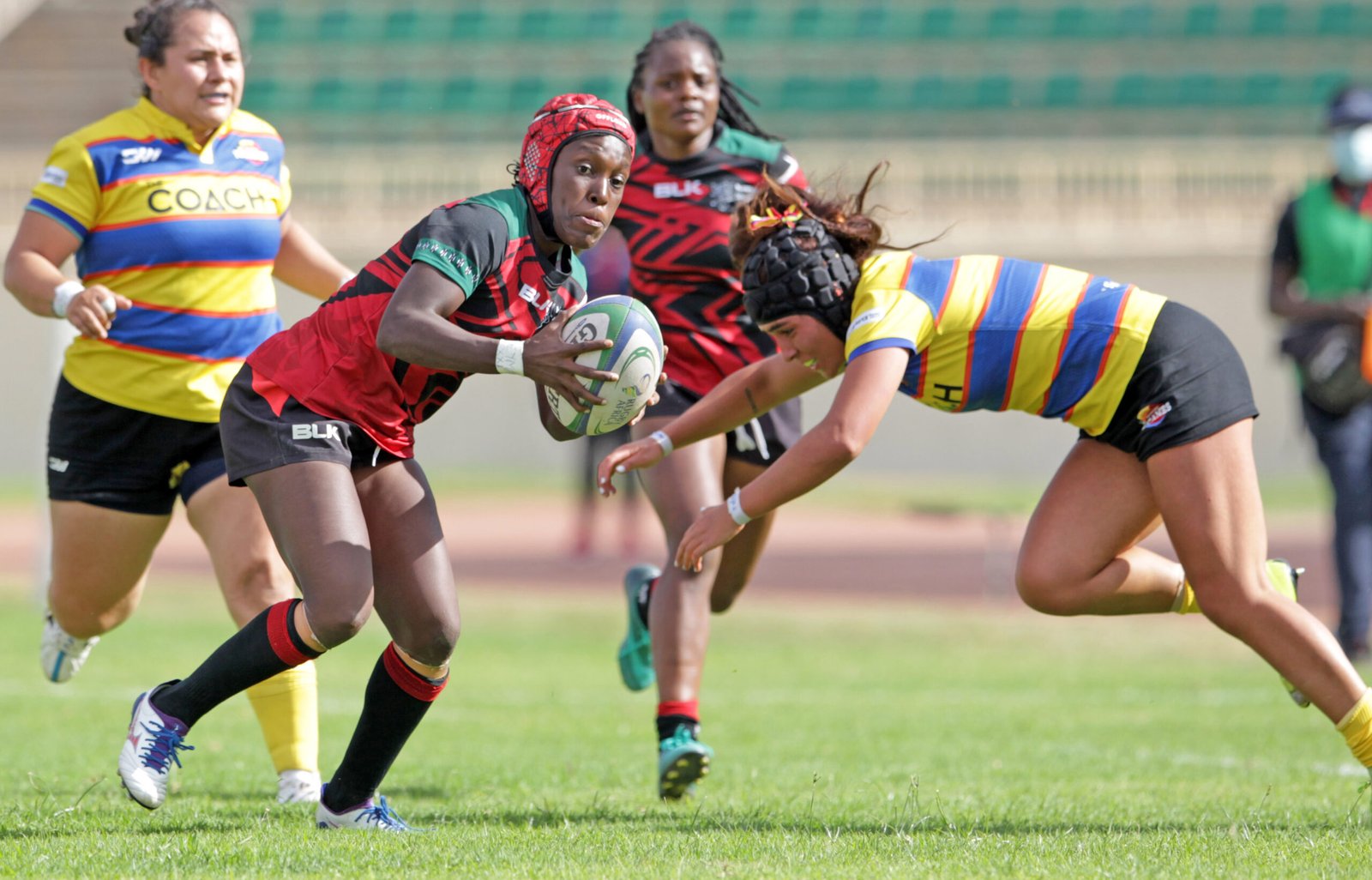 The Kenya Lionesses hunt for a place in the Rugby Women’s World Cup came up in smoke on Wednesday, after losing by the skin of their teeth to Colombia at the Nyayo National Stadum.

The Lionesses lost 16-15 at home to visiting Colombia, the visitors scoring the winner at the death. Maria Alzuaga, aptly named player of the match scored all the points for Colombia with two penalties and two tries, one in either half.

“Today was a very tough day for us in office but we take the positives and move on,” he added.

The Colombians led 11-0 off a frantic start with the Kenyan ladies yet to settle into the game. Maria Alzuaga sliced the posts with a pair of penalties to give the South Americans a healthy 6-0 early lead in the game.

Alzuaga had made amends after earlier missing one. The Colombian continued being Kenya’s chief destroyer and he dotted down Colombia’s first try of the game when they stretched out the Kenyan backline to the left and she dotted down for an 11-0 lead.

But the Kenyan girls did not give up the fight and reduced the deficit to four points with Leah Wangui crossing over and Grace Adhiambo adding the two’s for an 11-7 score. Bernadette Olesia had done the damage to push the Colombians into their own try box off a maul and Wambui clipped the ball under a metre off the box and barraged over for Kenya’s first try of the game.

The Lionesses went to the break trailing 11-7 but there was positivity heading to the changing rooms that they would overturn the result.

Upon resumption, the Kenyan girls reduced the deficit to just a point with Adhiambo slicing the posts once again, this time kicking home a penalty from a tight angle on the left.

The comeback was complete when Janet ‘Shebesh’ Okello crossed over for Kenya’s second try of the game. Citing space in between the Colombian defense from a quick penalty, Okello sneaked through and crossed over, a strong right hand pushing away a chasing Colombian before going over.

Adhiambo missed the conversion but Kenya were now leading 15-11.

Yellow cards in quick succession to Wambui and Mitchelle Akinyi proved costly for the Lionesses who conceded a second try through the danger girl Alzuaga. Off a scrum, the ball was sprayed out to the right and Alzuaga dashed across the line to give her team a vital one point lead.

Despite late pressure, the Kenyan girls could not get a crucial try or penalty to earn them maximum points off the match and advance to the next round of World Cup qualification.