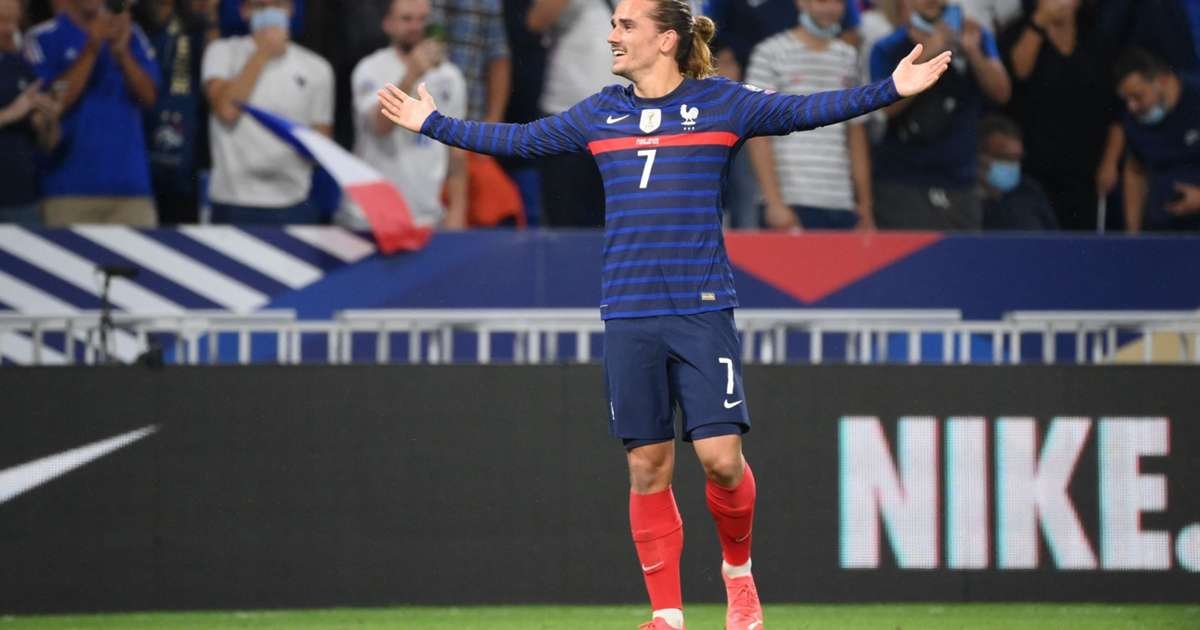 Didier Deschamps’ side scored the opening goal for the first time in six matches, with Griezmann delivering a staggering left-footed finish to become the fourth player to score 40 goals for France after Thierry Henry, Olivier Giroud, and Michael Platini.

Finland were the most recent team to triumph on French soil defeating France 2-0 in November 2020 at Paris, but rarely troubled in Lyon, Griezmann adding a second eight minutes after the break to draw him level with Michel Platini in third on the all-time scoring list at 41 goals. 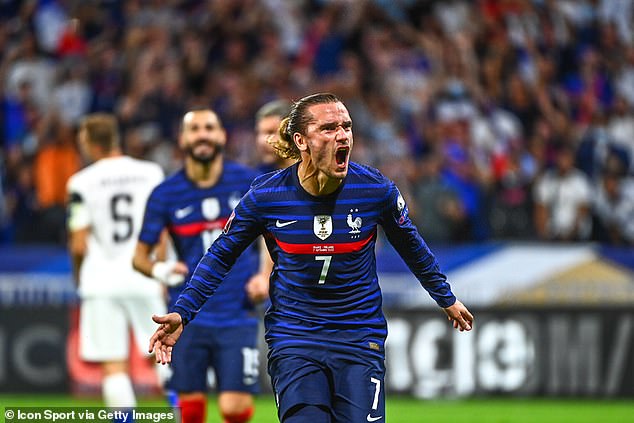 The hosts sit top of Group D and remain unbeaten despite their underwhelming return after a poor Euro 2020, while Markku Kanerva’s men have won just two of their past 12 games across all competitions, they however sit third on the group, level on points with second-placed Ukraine.

Urho Nissila brought the first save from Hugo Lloris, his looping strike forcing the Tottenham goalkeeper to tip over before Karim Benzema called Lukas Hradecky into action with a left-footed effort.

However, Hradecky was no match four minutes later as Griezmann stunningly curled into the bottom-right corner after an offload from Benzema, who was appearing in Lyon for the first time since 2011 after returning to his former club with Real Madrid.

Paul Pogba came close to adding a second, though he could only volley wide on the stretch as he carved his right-footed strike from outside the area.

Griezmann doubled his tally of the match and France’s tally after the break, rolling a delicate shot through the legs of Hradecky after being teed up by Leo Dubois.

Atletico Madrid’s new loanee should have completed his hat-trick, Benzema again acting as the creator, but he could only place over before acrobatically volleying wide with his next attempt.

Benzema could have had a goal of his own in the closing stages, but Hradecky got down well to parry away after the forward had struck a left-footed volley.

France had slowed down after their poor showing at Euro 2020, drawing their five games in a row for the first time in their history before the visit of Finland last night.

However, Tuesday’s win ensured their unbeaten run remains intact and extended their advantage at the top of Group D to a seven-point gap over second-place Ukraine who are level on points with Finland.

Finland have played a game less than their closest rivals Ukraine but also sits on five points in third place, despite only picking up their first win against Kazakhstan last weekend.

Griezmann will take the plaudits but Pogba appeared the player of the match at Groupama Stadium in Lyon as he enjoyed a game-high 142 touches.

No player completed more passes than the Manchester United midfielder, who completed 113 passes and also recorded the most opposition-half passes (73), doing all these without his midfield partner Ng’olo Kante who is sidelined due to an injury he picked up at Chelsea when he was playing against Liverpool.

In a complete midfield outing, Pogba managed 17 recoveries of the ball, 10 more than any other player on the pitch.

Norwich main man upfront, Teemu Pukki needs just three more goals to become Finland’s all-time top scorer but fired a blank in a timid performance, with a second-half caution not helping his cause.

Only the two goalkeepers, Lloris and Hradecky both having 28, had fewer touches than Pukki’s 29 and he won fewer than half of the nine duels he competed for.

To make matters worse, the Norwich City forward completed the fewest passes of any outfield player in Lyon to play 90 minutes as he endured a torrid time up top when he completed only 14 passes.

With the international break now over for both sides, Finland next plays Ukraine at Helsinki Olympic Stadium in October whilst France faces Belgium in the Nations League semi-final in the same month before hosting Kazakhstan the following month.