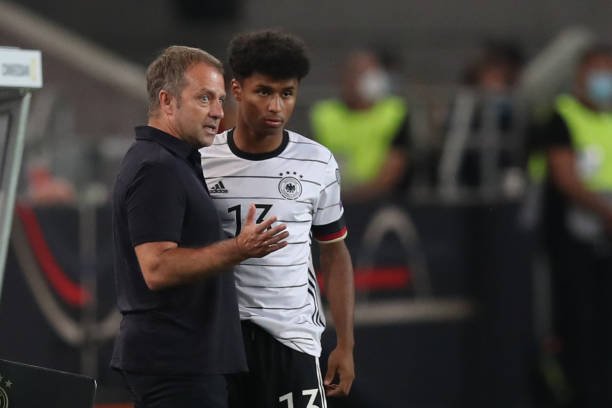 Under the able hands of tutelage of Hansi Flick Germany are breathing to a new life of their days in fashion.

Die Mannschaft has won both of their first two games under the tactician comfortably while keeping clean sheets. While their opposition teams Liechtenstein and Armenia are not the pick of the bunch amongst the elite teams of the continent, it would be a welcome positive boost.

Ever since Germany won their last World Cup in 2014, they have never looked so much productive as they are right now under the guardship of former Bayern Munich manager Hansi Flick,

So why does the beginning of the reign on Hansi Flick look promising for Germany? These five reasons explain why;

1. Familiarity with the national team

Hansi Flick harbors much of experience and familiarity of the Germany national team, and is one of the best bet at the helm of the managerial role.

Nevertheless, Hansi Flick has been a successful Manager at Bayern with whom he has achieved much at the Club before his appointment to the national team. 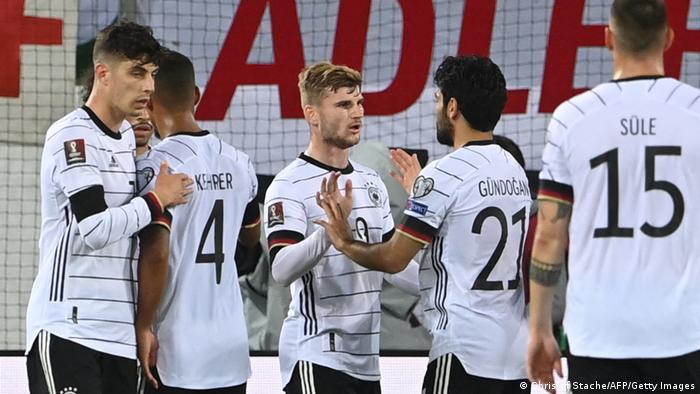 Although Coaching a club and coaching a national team are two different entities and requirements v/s needs differ vastly due to the time for which players are usually available, Hansi Flick has a great understanding regarding the differences due to the time he spent under Joachim Low between 2006-2014.

This is a crucial piece of advantage for the tactician, who could be the ideal person to revive German football to the pinnacle of the sport.

2. Understanding of the talent at his disposal

Having spent nearly his entire career at Germany, the understanding of Hansi Flick of the talent held within the German football sphere is immaculate.

He was also the sporting director of the German Football Association for a period of three years. His base is deeply rooted in German football and therefore his knowledge about the various players and people within the ranks is top notch.

This could be a huge deal for German football and its future development.

The 2019-20 season was one of the best campaigns Bayern Munich have ever had. After a difficult 2018-19 season, Bayern Munich flourished under the tactical changes and positive football of Hansi Flick.

His system brought out the best and rejuvenated in the squad.

The Bavarians ended up winning the Bundesliga by a comfortable margin despite the pandemic, and was one of the few teams that re-entered football with the same verve and energy that they left with.

Flick’s brilliant planning and approach was one of the key factors behind a Bayern side stepping it up a level from what they were before the break due to the pandemic.

He was also part of the 2014 FIFA World Cup winning German team as the assistant to Joachim Low.

The invaluable experience Flick has collected during his as manager, assistant coach and director of various footballing entities is proof enough of the great understanding he possesses of the game.

His brilliant knowledge of the game and ability to tweak the tactics could prove to be of great use, especially when they face resolute low-block sides with great quality on the counter.

A loss similar to the one they had against England in the round of 16 of the Euro 2020 could be avoided with such an adept manager in the sidelines.

5. Familiarity with the previous system

Hansi Flick was the former assistant to Joachim Low for 8 years, in simple terms being assistant aide to your boss  you learn and grow likely his way or way much better.

Hansi Flick is highly familiar with the tactical system used by his former boss for Germany.

His understanding of the roles and responsibilities of the players would be at a considerably higher level. It would also be very easy for him to make the transition to his system quick and surgical.

The majority of the players who are currently the nucleus of the German side are habituated with Low’s idea of gameplay.

However, the Bayern Munich stars who are part of the national team have also played under Flick, winning a number of silverwares.

This will help the 56-year-old to strike a chord in the longer run and put their Euro 2020 disappointment in the back.