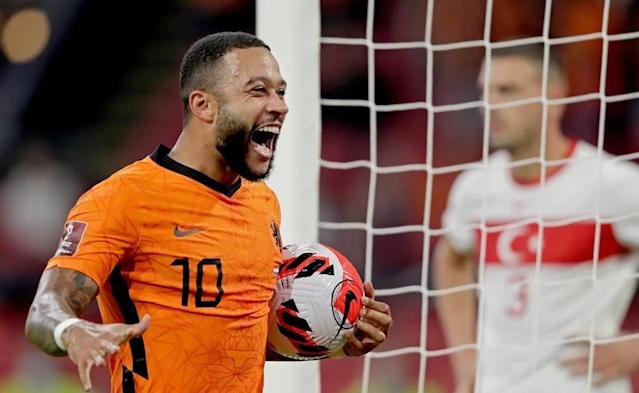 Memphis Depay scored a hat-trick and set up another goal as the Netherlands crushed  10-man Turkey 6-1 at the Johan Cruijff Arena in Amsterdam to move to the top of their World Cup qualifying group.

The Barcelona forward Depay played in Davy Klaassen to put the Dutch in front after 54 seconds and then added a couple of his own, a brilliant strike and a penalty, before the half-time break. 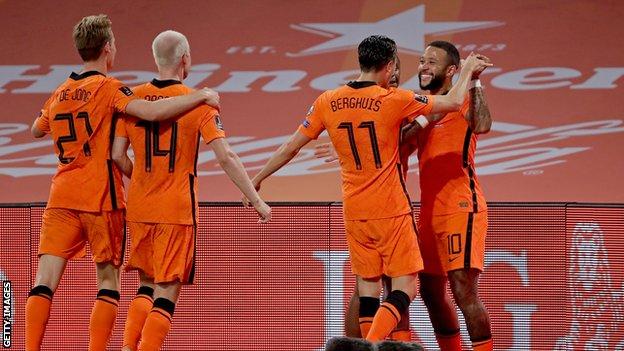 The visitors were reduced to 10 men prior to the interval when Leicester City defender Caglar Soyuncu was sent off and the Netherlands did not sit back, with Depay heading in from a yard out for his third goal of the night.

Cengiz Under profited from a defensive mistake to net a consolation for Turkey, but only after substitutes Guus Til and Donyell Malen had added their names to the scoresheet in an emphatic victory for Louis van Gaal’s men.

Turkey had gone unbeaten in their first five games to lead the way at the top of Group G but were behind in Amsterdam within a minute when Klaassen played a one-two with Depay and slotted in off the post.

The pair linked up again as Klaassen a new Ajax signing flicked a return pass into the path of Depay, who kept his composure to tuck the ball away from Turkey goalkeeper Ugurcan Cakir and put the Netherlands well on course for an eighth straight home win in all competitions.

Turkey found themselves three goals down with seven minutes of the first half still to play, with Depay dinking the ball down the middle from the penalty spot after Soyuncu tripped Klaassen in the box in the 38th minute.

Soyuncu was booked for that challenge and was issued another yellow card eight minutes later for a foul on Depay, who completed his first international hat-trick early in the second half. 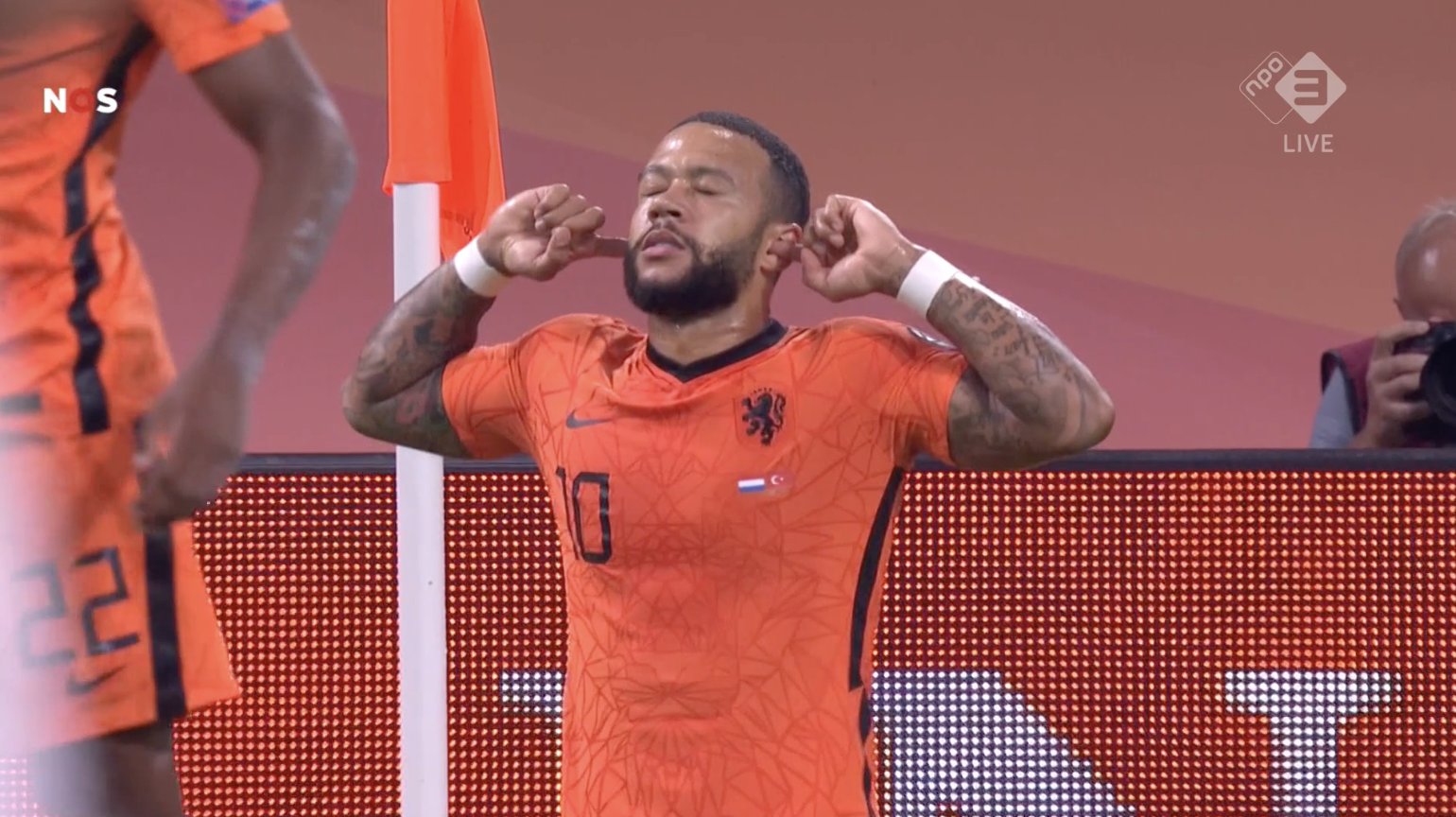 Depay celebrates after netting his third goal for the Netherlands. | PHOTO: Courtesy |

Feyenoord midfielder Til spun his marker and blasted in his first-ever Netherlands goal and fellow substitute Malen rolled a sixth into an empty net, rendering Under’s late tap-in nothing but a consolation on a night to forget for Turkey.

The Netherlands have been playing catch up in Group G since losing to Turkey in their opener, but they were three goals up inside 38 minutes in this tie which was a one-sided encounter. That is the fastest the Oranje have gone three goals up in a competitive match since September 2011 against San Marino and they went on to add three more goals to their tally.

They have now won four and drawn one of their qualifiers since tasting defeat in Turkey six months ago and lead the way in a tight group, above Norway on goal difference.

After adding to his two goals from the Netherlands’ 4-0 win over Montenegro with a hat-trick last night, Depay is now level with Johan Cruyff and Abe Lenstra as his country’s eighth all-time leading goalscorer with 73 goals in total.

The new Barcelona forward not only scored three times but also played a brilliant assist for early Klaassen’s opener one of five key passes, which was one more than second-best Steven Berghuis, who provided the assist for Depay’s third goal.

It was not quite the perfect result for Van Gaal as his side conceded a pretty comical goal in the second minute of added time, Under walking the ball into an empty net after Justin Bijlow played a short pass to Virgil van Dijk who failed to react under pressure from Halil Dervisoglu.

Van Dijk appeared to be hurt in that challenge in what could be an injury scare for club side Liverpool. Notably, this was Turkey’s heaviest defeat since losing 8-0 to England in 1984.

With the international break now over, Netherlands travel to Latvia on their return to World Cup qualifying action in October, while Turkey will be looking to bounce back from this loss when they host Norway in their next match the same month.