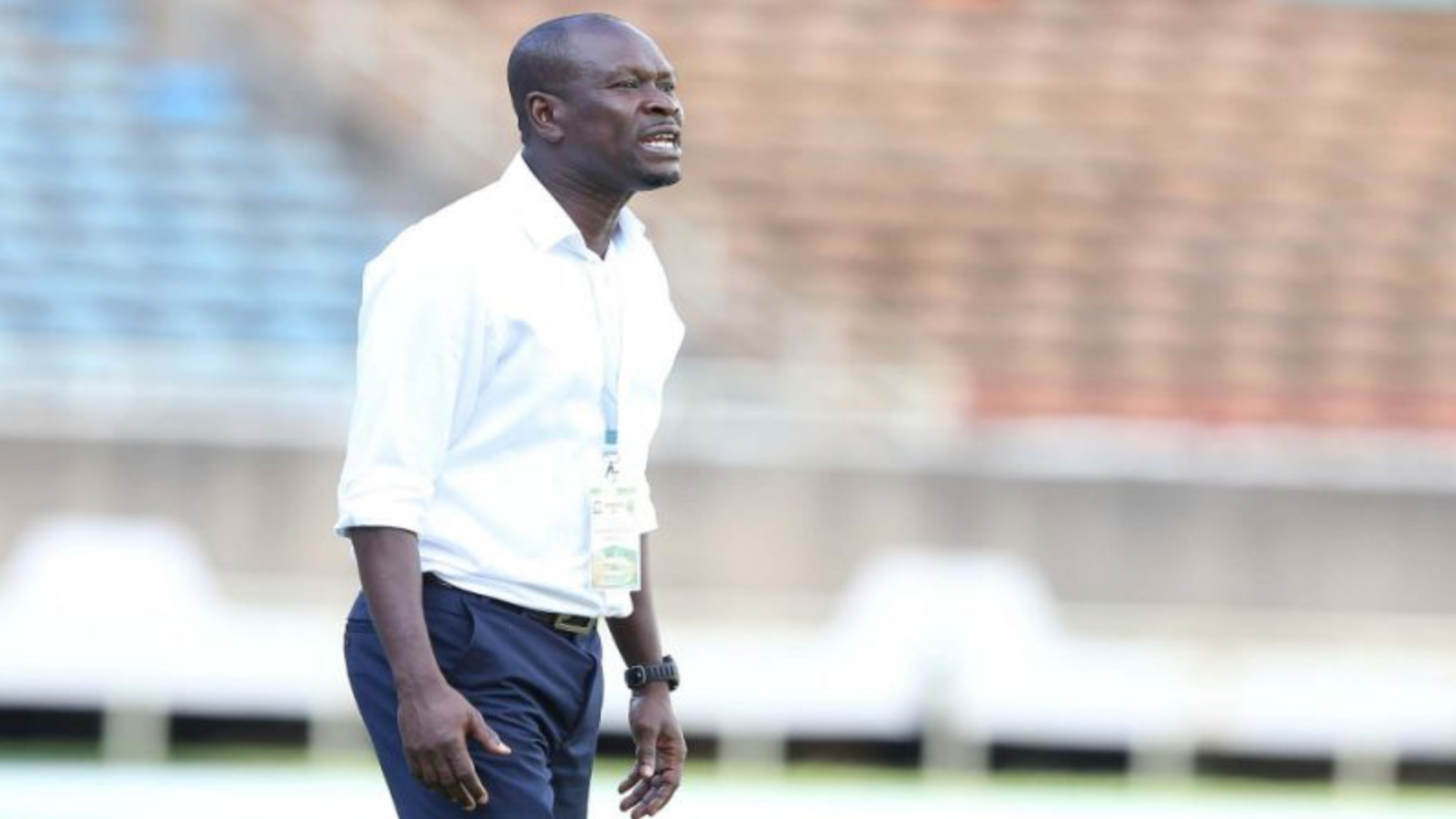 The fate of Ghanaian Coach Charles Akonnor, what next?

It’s been 20 months since Charles Akonnor was appointed as head coach of the Black Stars.

This was the biggest job of his career and as expected he has been under immense scrutiny from the onset. Akonnor replaced an under-fire Kwasi Appiah, a coach he was assistant to just months prior.

In a period of adversity, Ghana football had stooped to its lowest after failing to qualify for the 2018 World Cup and then subsequently being knocked out in the round of 16 stage of the 2019 Africa Cup of Nations (AFCON).

The country needed stability and a coach who had the vision to steer the Black Stars back to the pinnacle of not just African football, but world football.

The short term ambitions were to qualify for the 2021 AFCON and the 2022 World Cup. So far Akonnor has achieved the former, with the latter hanging in the balance after a hurtful defeat by Bafana Bafana.

However, after just 10 games in charge, the call for Akonnor to vacate his post is getting ever louder as days progresses.

20 months of blowing hot and cold

From the very first day in office things have not been smooth, tough days on the wheels as is expected for anyone who leads a team that has dominated African football and established itself to the world as an African football heavyweight, so much was expected from him to deliver and bring immediate change.

The marker has been out for Akonnor who started his tenure on the worst possible note. A 3-0 defeat by Mali in a friendly attracted pressure after a horrific performance.

Ghana on the day were no match for their Malian counterparts who dominated every aspect of the game.

The Black Stars looked a transformed side as they scored five goals against Qatar in what is still Akonnor’s best game to date.

From then the foundation had been laid with that performance and Ghanaians became expectant of the new-look Black Stars.

Andre Ayew remained in inspiring form as his brace against Sudan gave Ghana all three points in the AFCON qualifiers.

Ghosts of the past revisited as a lacklustre performance in the reverse fixture saw Ghana conceded late after creating almost nothing in front of goal.

10 months later and Akonnor’s men produce a carbon copy performance, this time in the World Cup qualifier at Johannesburg.

Ghana failed to create any clear cut chances and were on the back-foot for most of the game, eventually conceding a late goal due to poor marking.

In between have been a draw with South Africa in March, a straightforward victory over Sao Tome and Principe, and two uninspiring friendlies against Morocco and Ivory Coast.

Prior to Ghana’s first competitive defeat against South Africa in 21 years, Ghana had narrowly beat 125th ranked side Ethiopia courtesy a long-range effort by Mubarak Wakaso which just about crept under the keeper.

The case for Akonnor

There was a deliberate push to appoint a locally based coach. So far, all four AFCON titles have been won by Ghanaian coaches with Charles Kumi Gyamfi winning it three times (1963, 1965 and 1982) whilst Fred Osam-Doudu won it once in 1978.

The belief is if there is any coach to end Ghana’s 39-year wait for a trophy, it will most likely be a local one.

The political involvement in the appointment of Akonnor gives him a safety net because he has been successful on the local scene, most recently winning the Normalization Special Competition with Asante Kotoko.

When Akonnor took the job, he inferred that his technical team have a pool of 40 players to always pick call-ups from.

Unfortunately, due to circumstances beyond his control, he’s had to chop and change his side. In Akonnor’s 10 games in charge, he is yet to replicate the same starting XI in consecutive games. 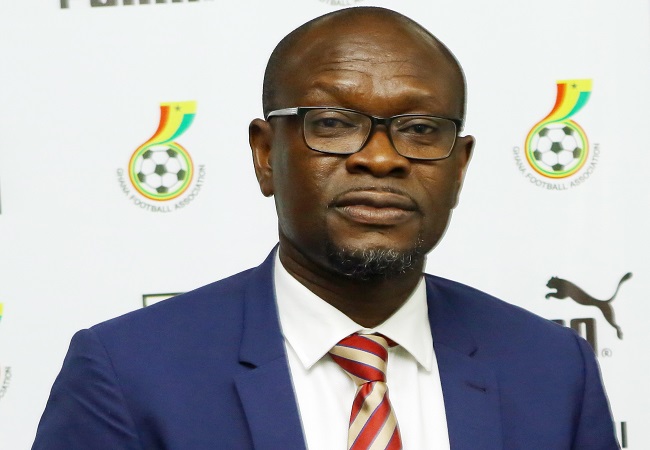 Covid-19 restrictions have also forced the hand of Akonnor who had to call over 30 players for the game against Ethiopia and South Africa because at least five couldn’t travel to South Africa.

Akonnor has deliberately given the platform to locally-based players during his call-ups. In the March international break, he called seven players from the Ghana Premier League with Gladson Awako, Ismail Ganiyu and Kwame Poku getting minutes under their belts.

In the latest squad, Hearts of Oak players were rewarded after their league and cup double with Richard Attah, Daniel Barnieh and Fatawu Mohammed being included.

Fatawu Mohammed played the entire game against South Africa demonstrating Akonnor is ready to give the chance to locally-based players.

The case against Akonnor

For a while, Akonnor has advocated that his team will be demonstrating ‘Agr)’ ball, a slang that represents stylistic football.

The closest Ghana have come to that was the win over Qatar. Apart from that high point, performances have slowly diminished at a steady rate.

After 10 games, Akonnor has a 40% win rate with the team yet to develop an identifiable style of play.

Four of those games have ended in defeat as the team has picked up two draws in that period.

Recently, the four-time AFCON champions have become a tough watch winning just one of the last four games.

The team has been poor going forward scoring just one goal in the last four games. The lack of goals has been due to the lack of quality chances with the Black Stars yet to create a big chance in these four games.

They have played just five shots on target in the last four games and just haven’t looked like scoring.

Overall, there is a lack of urgency, combination play and incisiveness whenever the team gets in the final third.

The go-to option has become to pass backwards at every opportunity instead of striving to break defensive lines and blocks.

The lack of threat from set-pieces has been ever-present with only two of the 12 goals scored under Akonnor’s tenure coming from set plays.

Open play goals on the other hand have been difficult to come by with Caleb Ekuban still the only striker to score an open play goal under Akonnor. Jordan Ayew’s only goal so far was courtesy a penalty against Sao Tome and Principe.

Essentially, the team has scored 10 open play goals in the 10 games Akonnor has been in charge, but five of those goals came in one game.

Players such as Joel Fameyeh, Andre Ayew, Jordan Ayew, Kwame Poku and Kamaldeen Sulemana have been played out of position, a move that has limited the respective players.

With the impending pressure and the lack of experience of coaching on the international stage has been an argument against Akonnor.

When it comes to football, Ghanaians can be very intolerant and ruthless. Nothing comes in the way of success, not even the country’s top scorer.

The incumbent coach, Akonnor has to understand he isn’t immune to criticism and communicate his vision to Ghanaians.

Is it the case Ghanaians have to lower expectations because he is building a team? Or he feels he has a team ready to compete?

Choosing the former could a long way in alleviating some of the pressure from the fans. Promising Ghanaians three points before games will only make his job tougher.

Regency bias hasn’t played into the hands of Akonnor as well with recent performances contradicting the style of play he promised.

For the first time under his tenure, Ghanaians have been very vocal about his sack on social media.

There is no denial of the political influence in the appointment of Akonnor. The thing about politics is that at the end of the day, leaders will always try to please the majority. What will happen if the voices for Akonnor to be sacked get louder?

Personally, I think he will get a chance to lead Ghana to the AFCON in Cameroon bar any extremely poor performances in the subsequent World Cup qualifiers.

The hope is that he would have settled on his team, style of play and ambitions so Ghanaians can be on the same page heading into the tournament.

Appointing a new coach to disrupt the work of Akonnor could prove fatal with just a few months to the AFCON.

The fate of Ghanaian Coach Charles Akonnor, what next?