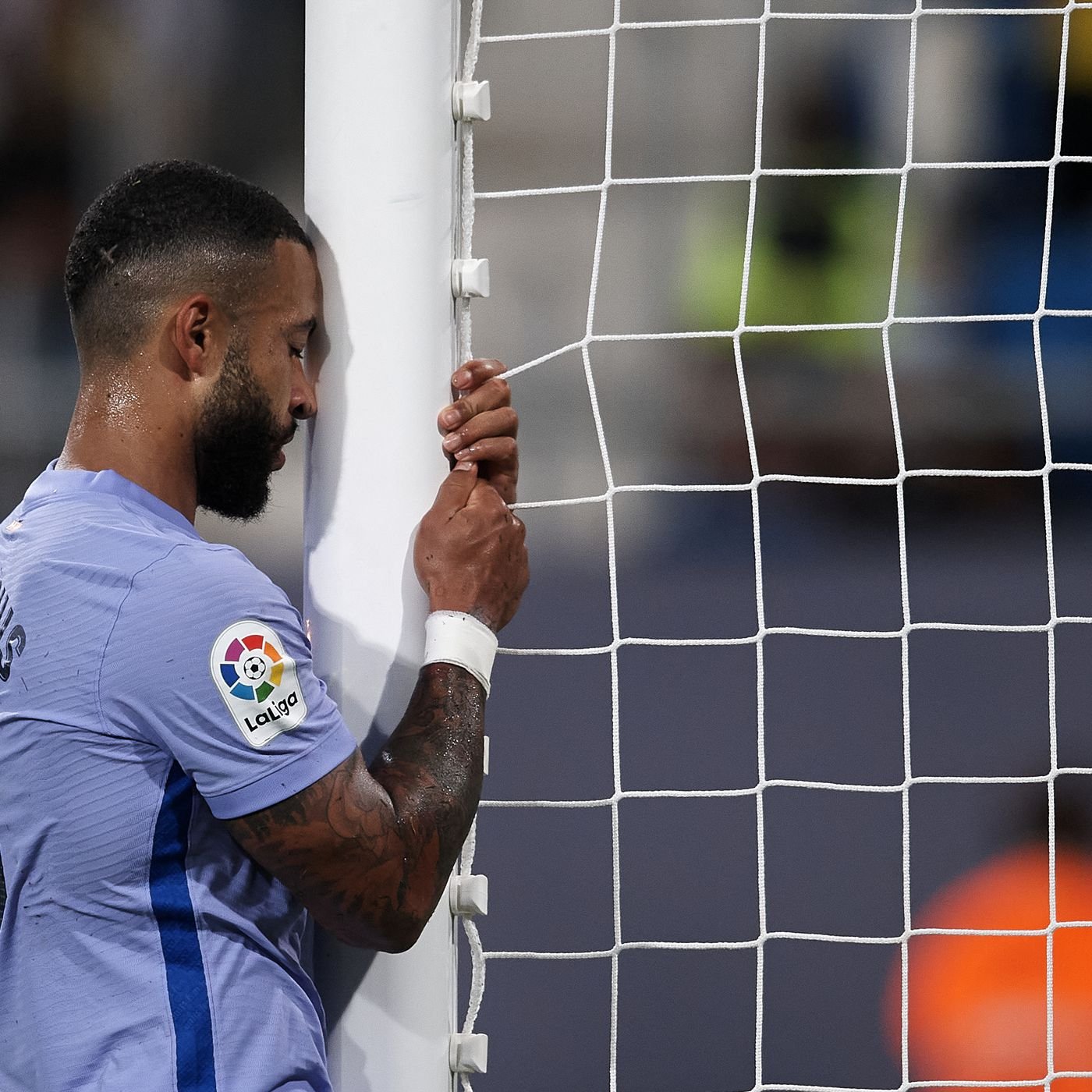 The pressure on Barcelona manager Ronald Koeman intensified after his 10-man side was held to a 0-0 draw by Cadiz at Estadio Nuevo Mirandilla on Thursday night in a La Liga meeting.

Speculation about the Dutchman’s future has been questioned following a slow start to the LaLiga campaign that had seen Barcelona drop points to Athletic Bilbao and Granada in their opening four games, while also losing 3-0 to Bayern Munich in the Champions League at home.

Things did not get much better for the Catalans in Andalusia as Cadiz comfortably kept them at bay, with their misery compounded midway through the second half when midfielder Frenkie de Jong was sent off for two bookable offences.

Barca manager himself Koeman was also dismissed in the closing stages of the match for his protests during a frantic finish. 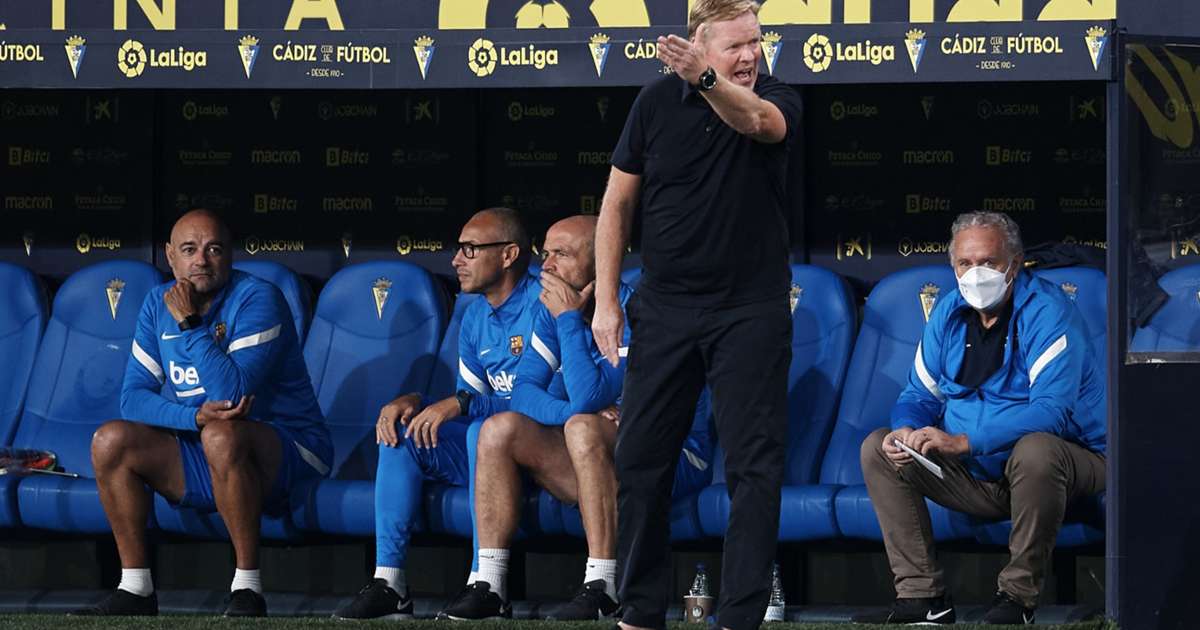 Barcelona manager Ronald Koeman was sent off the touchline at the closing minute of the match against Cadiz on Thursday night in a La Liga meeting. | PHOTO: Courtesy |

A point did at least move Barcelona up to seventh place and they are now seven points behind leaders Real Madrid, who have played a game more, while Cadiz climbed to 14th thanks to the point.

While Barca did most of the pressing in the early stages, they did not have a shot on target until the 30th minute, Memphis Depay’s weak effort comfortably saved by Jeremias Ledesma.

Barcelona shot-stopper Marc-Andre ter Stegen pawed away Alvaro Negredo’s audacious 25-yard effort immediately after half-time, while Depay miskicked with the goal at his mercy at the other end.

Ledesma pushed away Depay’s drive from outside the penalty area, before Barca’s hopes of getting a positive result were dealt a blow in the 65th minute when 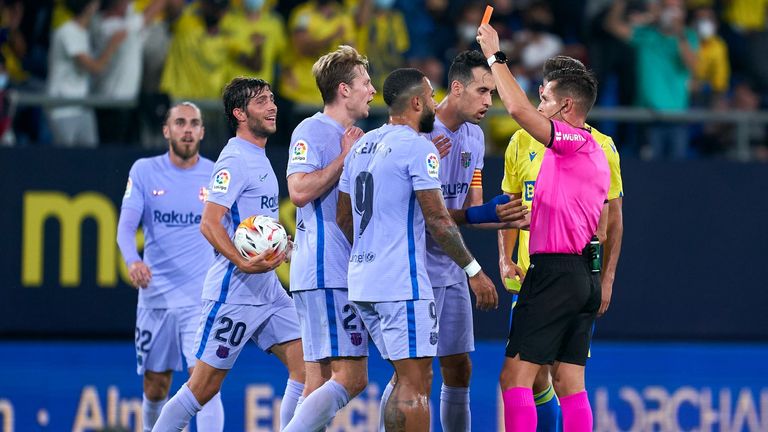 Barca midfielder Frankie de Jong was sent off midway through the second half against Cadiz in a La Liga meeting, | PHOTO: Courtesy |

De Jong received a second yellow card for following through on Alfonso Espino after initially winning the ball.

Salvi Sanchez missed a glorious opportunity inside the final 10 minutes, firing against Ter Stegen after being played in by Espino, with the ball bouncing behind off Ruben Sobrino.

Depay then had an even better chance to seal the game for the visitors deep into stoppage time, as the Netherlands international put his strike narrowly wide after a marauding Gerard Pique carried Barca forward.

Speaking prior to the match, Barca president Joan Laporta insisted Koeman’s job did not depend on the outcome of the result, but he did warn that “if decisions have to be taken, we will take them”.

That decision may well be nearing after another woeful display from a Barca side desperately short of ideas, pace, and attacking threat. Their task was made harder by the dismissal of De Jong, though they scarcely looked like scoring when they had their full squad of players.

While many at Barca are seemingly on the low, Sergio Busquets continues to be a reliably serene presence at the base of the midfield. The Spain international made more successful passes than any player on the pitch with his 77 successful passes, while he gained possession eight times, a total not bettered by any Koeman’s player.

Yusuf Demir struggled on just his second start for Barca. It was little surprise to see the 18-year-old brought off at half-time after an opening 45 minutes that did not herald a single shot or key pass.

Both teams are in La Liga action again on Sunday, with Barca hosting Levante at what could be a hostile Camp Nou and Cadiz travelling to Rayo Vallecano.