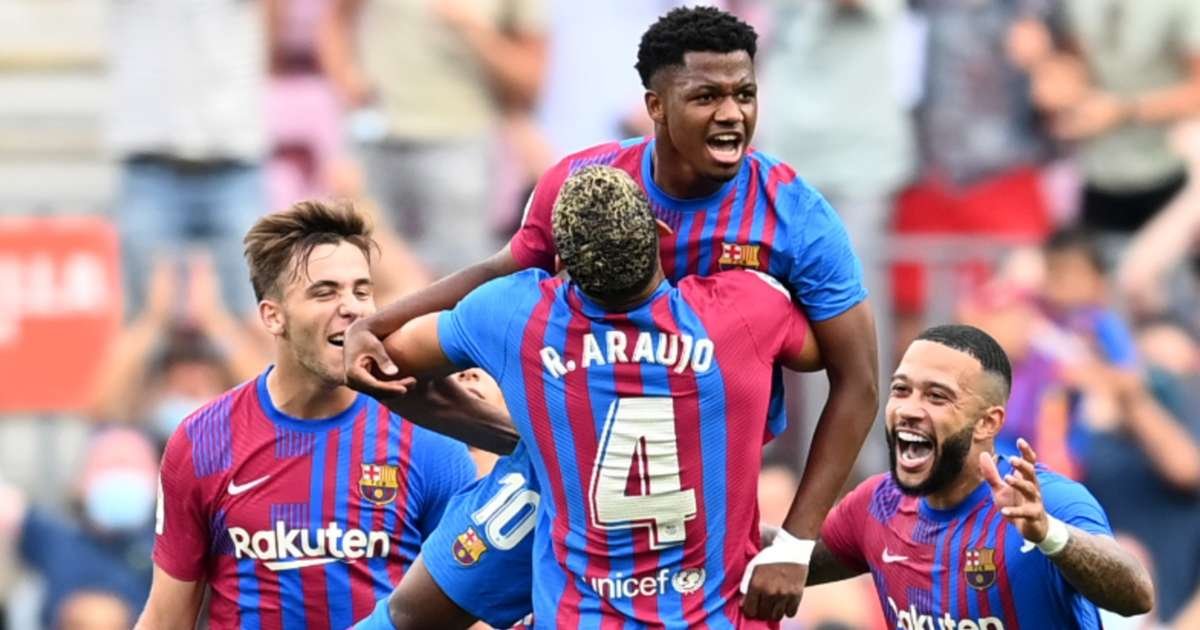 New signing Luuk de Jong doubled Barca’s lead in his fourth appearance for the club following his move from Sevilla after his Netherlands team-mate Memphis Depay opened the scoring from the penalty spot just six minutes into the match.

An inspired performance from Levante shot-stopper Aitor Fernandez prevented Barca from significantly boosting their goal difference as they totally dominated the game played at Camp Nou, with under-pressure boss Ronald Koeman watching on from the stands as he serves a two-match ban after being shown a red card in Thursday’s 0-0 draw at Cadiz.

Fati, who came on as a late substitute, put the icing on the cake in his comeback following 11 months sidelined due to a knee injury, finishing impressively in stoppage time as Barca ended a run of three games without victory.

Depay sent Fernandez the wrong way from the spot just six minutes after kickoff, having produced great trickery to beat two defenders before being upended by Nemanja Radoja. 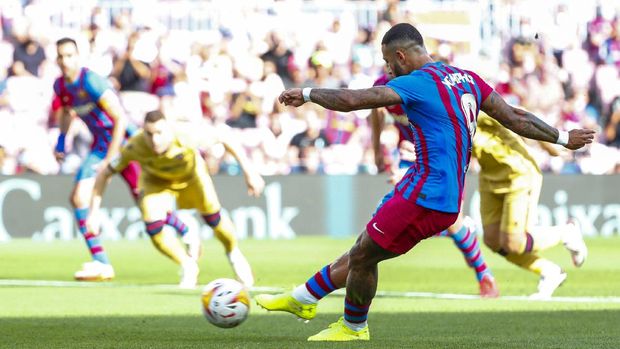 Barcelona forward Memphis Depay scored from the penalty spot to open the scoring for Barca in the sixth minute against Levante on Sunday evening in a La Liga clash. | PHOTO: Courtesy |

De Jong opened his Barca tally eight minutes later, finishing clinically with his right foot after Sergino Dest had slipped him in.

Gerard Pique somehow failed to add a third from point-blank range and Gavi was unable to lob an advancing Fernandez, who showed great reflexes to tip the lively Depay’s header over the crossbar.

Levante were unable to contain Depay and Fernandez diverted his right-footed drive around the post after some shambolic defending.

Sergio Postigo almost turned the impressive Gavi’s cross into his own net before Fati was given a great ovation when he came off the bench with 10 minutes to go replacing Luuk de Jong.

The 18-year-old forward looked like he had never been away as he drifted away from a defender then beat another before finding the back of the net with a right-footed shot from outside the area. 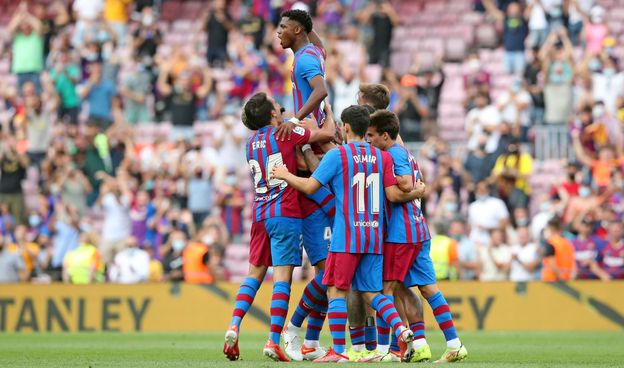 Barcelona players join Ansu Fati in celebration after the youngster scored the third goal for Barca against Levante on Sunday evening in a La Liga clash. | PHOTO: Courtesy |

There has been so much misery at Barca with Koeman’s job reportedly under threat following Lionel Messi’s exit, but there was no sign of a crisis as Levante were outclassed.

The former Bayern Munich manager, who was shown a red card in the goalless draw with Cadiz in midweek, certainly has the players behind him on the evidence of this performance.

Forward Fati raised the roof when he fired home in the closing stages, showing why he had the confidence to take Messi’s number 10 shirt as Barca maintained their unbeaten record in LaLiga this season.

Fati will fill the back pages but Depay was outstanding and deserved more than just the one goal, which took his tally in LaLiga to three and one further assist in seven appearances.

The former Lyon man tormented Levante, dropping deep and getting in behind. Five of his six shots were on target and he also provided three key passes.

Barcelona will be back in action on Wednesday when they take a trip to Portugal to take on Benfica in a UEFA Champions League meeting, a couple of weeks after losing their Champions League opener 3-0 to Bayern Munich at home. Levante on their side travel to Mallorca next weekend.