Arsenal manager Mike Arteta and the whole Arsenal fanbase across the world could have hardly wished for a better north London derby as they watched their club rip Tottenham Hotspur apart at the Emirates Stadium on Sunday afternoon in a Premier League clash.

Aside from conceding and not holding on to a clean sheet in what turned out to be a consolation in the second half, it was pretty much that perfect weekend for Arsenal and it was won in the absolute ‘right’ way for a derby match.

The fanbase of every club wants to see intensity from their team, especially against fierce rivals, and in this case, we do not need to lay bare the rivalry between Spurs and Arsenal. The Gunners didn’t have that in the first few weeks of the season when they were losing games, conceding nine goals in the first three matches which were all lost to newly-promoted Brentford, City rivals Chelsea and Premier League Champions Manchester City, but after back-to-back wins earlier this month it was there from the start this time.

The Spurs side couldn’t get settled into any sort of rhythm in the first half because Arsenal’s attackers and midfielders were on them straight away with a very impressive pressing. On the occasion that Spurs did get the ball forward, the Gunners proved to be deadly on the counter-attack and the second goal was just but an example.

That is exactly how a derby match should be played, but the victory is made even more special because young home-grown players who have been at the club since childhood had such a major role and were the major difference on Sunday evening in front of a packed Emirates. 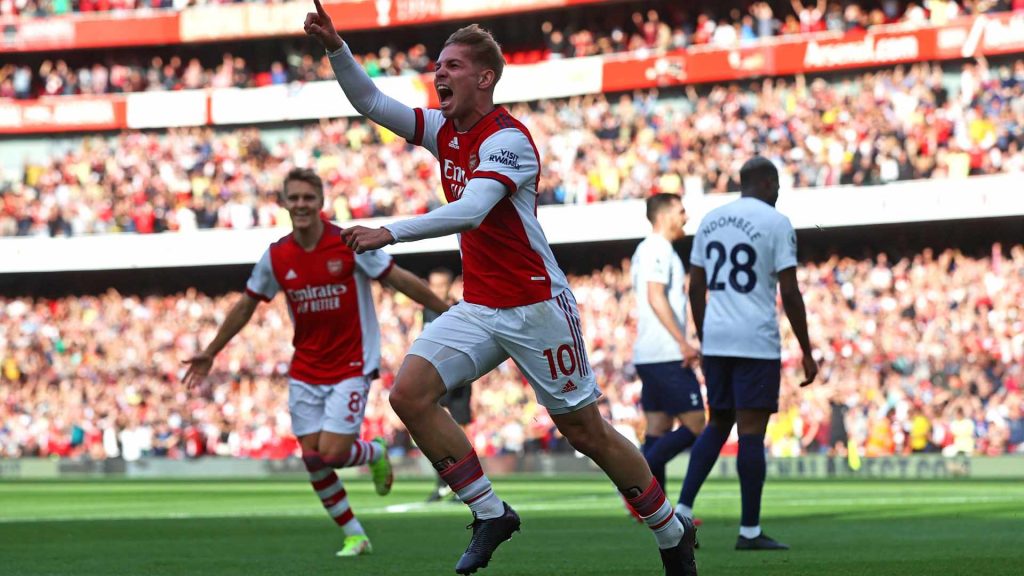 Arsenal attacker Emile Smith Rowe after scoring the first goal for the Gunners against Spurs on Sunday evening in a Premier League clash. | PHOTO: Courtesy |

Emile Smith Rowe was inarguably the best player on the pitch scoring one goal and assisting another. Arsenal fought hard to keep him during the summer, with several clubs showing interest, with Aston Villa having more than one sizeable bid rejected, handing him a new long-term contract and underlining that faith with the iconic number 10 shirt once worn by Dennis Bergkamp and Mesut Ozil.

His movement and pace proved impossible for Spurs defenders to pick up and that was what yielded the opening goal just 12 minutes in as he ghosted in from the left to turn home a square pass from fellow home-grown star Bukayo Saka.

Smith Rowe soon laid on the second Arsenal goal for Pierre-Emerick Aubameyang in a fast, flowing move that left Spurs for dead. Smith Rowe outpaced Spurs defender Davinson Sanchez on his way to the box before cutting back to unmarked Aubameyang who did no mistake and made it two to the good. Saka scored the third for Arsenal soon after. 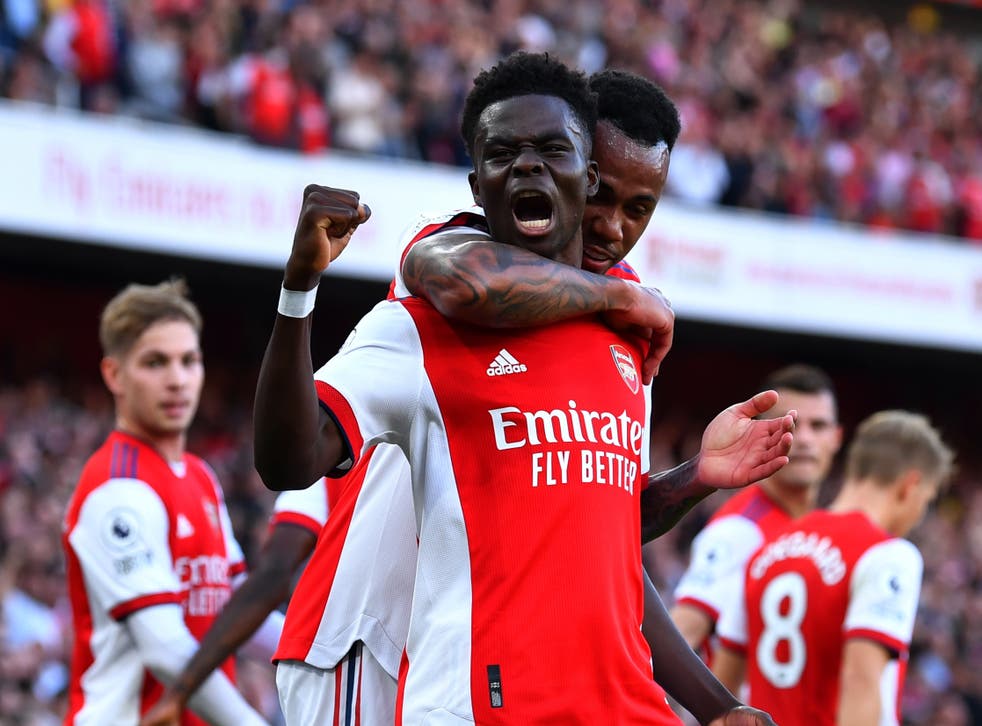 If Smith Rowe was the best player on the pitch, Saka was a close second because he also bagged a goal and an assist. Both players, who joined the academy ranks aged 10 and seven respectively, finished with a goal and assist and offer huge hope both for now and the future.

Arsenal board has the mandate to protect these players if they are to fight for their lost glory in England and in Europe once again.