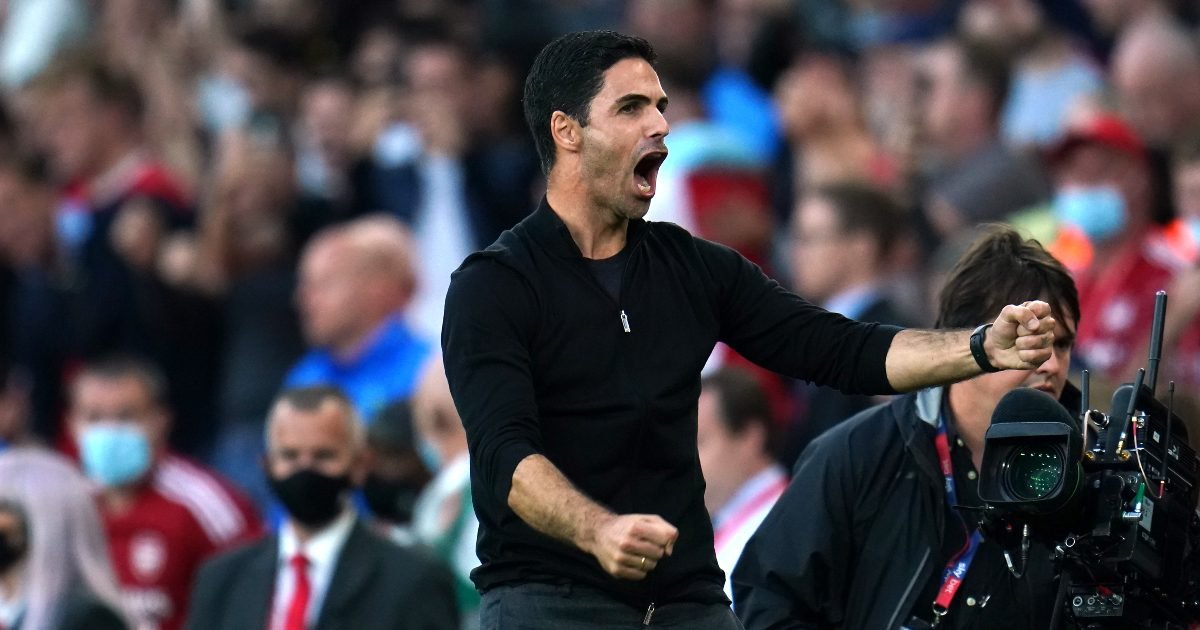 Embattled Arsenal manager Mikel Arteta reveled in Arsenal’s North London derby win over Tottenham but has demanded the need for consistency following their superb 3-1 victory at the Emirates Stadium on Sunday evening.

Goals from Emile Smith Rowe, Pierre-Emerick Aubameyang, and Bukayo Saka put Arsenal in a commanding 3-0 lead at half-time making Spurs ask more questions than answers they could get. Arsenal forward Emile Smith-Rowe celebrates after opening the scoring for the gunners against Tottenham Hotspur on Sunday evening in a Premier League meeting. | PHOTO: Courtesy |

It was a position Tottenham never looked likely to recover from, though Son Heung-min did score a late consolation for Spurs deep into the second half, Arsenal leapfrogging their rivals in the table with a third successive victory having started the season with three straight defeats.

The Gunners now sit above Spurs on goal difference yet but tied at nine points after six matches, while the manner of the triumph delighted Arteta, he wants to see such performances on a regular basis from a team four points adrift of the top four.

Speaking after the match to the press, Arteta said what he liked most from his players in the derby triumph was: “The determination, the conviction and connection with our people.

The manager went on to say, “Today is one example of what we’re trying to do, now we have to be consistent.”

On the rapid turnaround in form after conceding nine goals without scoring even one in their opening three fixtures which all ended in defeats to Brentford, Chelsea, and Manchester City in that order, Arteta told his post-match media conference: “That’s the beauty of this game and the danger of this game as well. It changes so quickly at both ends.

“You always have to be alert and seek improvements which I think we can still do.

“This is an Arsenal team that they have won a game today and their manager saw a lot of things that he feels very related to. I’m proud of the way we played.

“It was one of the nicest feelings I’ve had in this stadium.”

The only worry for Arteta was an injury scare to Granit Xhaka – who was superb in the midfield against Spurs, was hurt in the build-up to Son’s goal for Tottenham, and the early signs point to the Gunners having to cope without the Switzerland midfielder for a few matches.

With the fact that they do not have a European competition this season, Arsenal’s next fixture will be on Saturday when they take a trip down the coast to Brighton for a Premier League meeting at the American Express Community Stadium