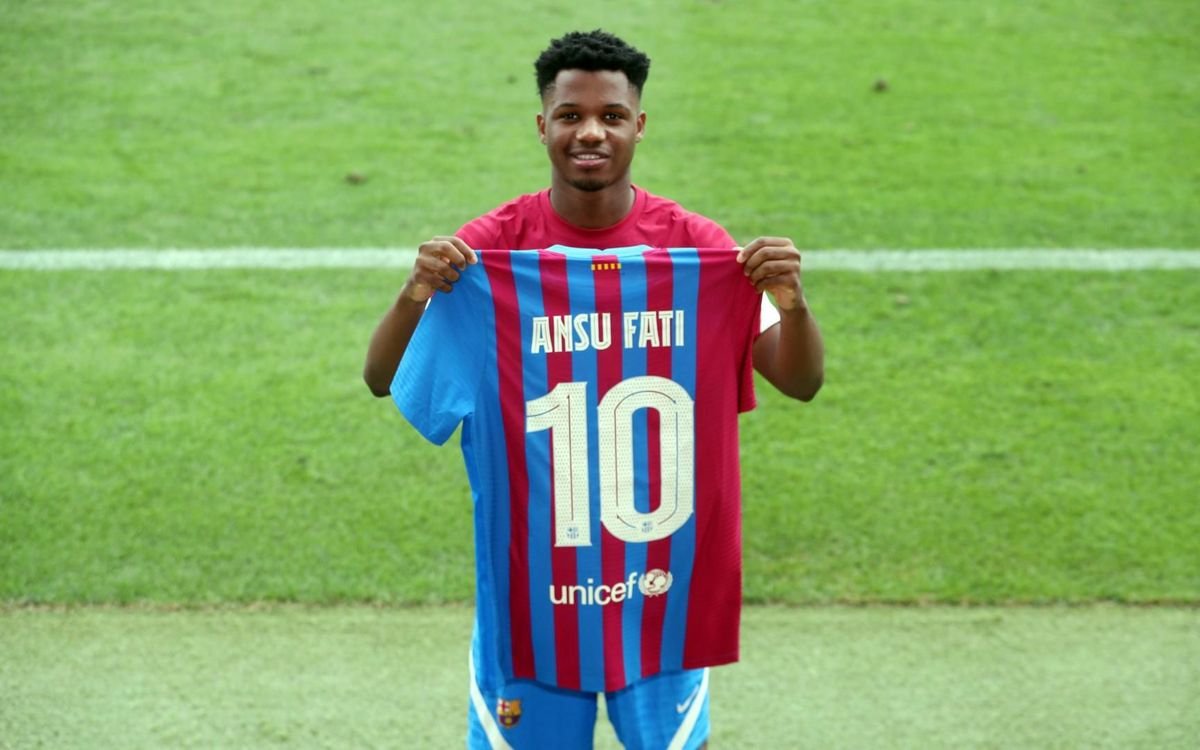 After unprecedented turn of events that saw Lionel Messi leave for Paris Saint Germain in the last summer transfer as a free agent for what Barcelona said, they couldn’t register him due to dire financial conditions, the Iconic Barcelona’s number 10 was left vacant, in a situation that saw Barca part ways with the best player in history, Ansu Fati La Masia’s academy boy was chosen as the heir by Joan Laporta and Co.

At this point in time, it has become clearer than ever that Messi’s legacy at the club will be invincible, at least for a couple of decades to come. However, Barcelona and football fans have agreed to the fact that if there’s someone, who can come close to filling his boots, it has to be the 18 year-old. Obviously there comes so much expectations with this jersey, given the players who previously wore it and their track record at the Club, with arguments whether to retire the Number 10 jersey at the Club, Barcelona chose to trust another academy boy, So, what makes the Guinea-Bissau native so special?

Can Ansu Fati become the next talisman of the Blaugrana? Ca he make Barcelona’s No. 10 jersey his own? Let’s explore some factors that support this notion.

If there was any positive to take out from Ernesto Valverde’s last season at Barcelona, it was the fast-tracking of Ansu Fati into the first-team.

The 18 year Old boy is yet to play for Barca B. he was called up from the U19 side directly. He has already made 43 senior team appearances ever since and 31 of them have been in the Spanish top flight.

At such a young age, Fati has been able to impact La Liga with 11 goals so far. It was due to his impressive braces that Barcelona overcame Levante and Villareal in separate stretches of the previous campaign.

With a budding midfielder, Pedri, blooming at the heart of the pitch, it will be helpful for Fati to make a name of his own wearing the No. 10 shirt.

Ansu Fati burst onto the scene for FC Barcelona as a teenager. Little did the rest of the world know that he would quickly go on to become one of the most exciting young players around. A superstar of tomorrow, Anyone that has kept an eye on the 18-year-old Fati will agree that his abilities transcend his age.

At a tender age, he has the tools required to be a complete and versatile attacker. 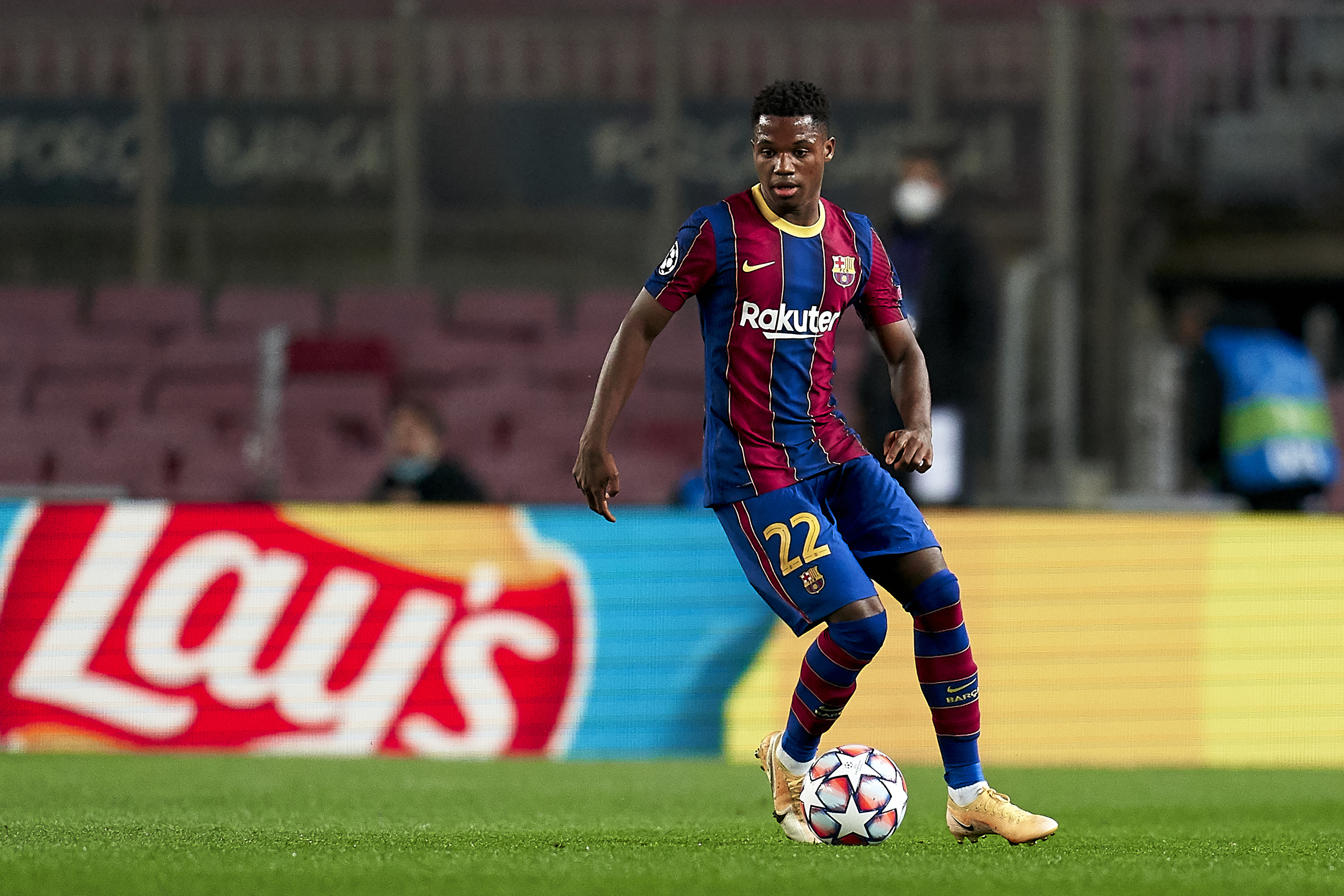 The Spanish international clearly prefers the left flank and is able to operate as an out-and-out dribbling winger, an effective crosser and a finisher from in and outside the box.

Fati’s ability to move and finish has made him start as a center-forward on five occasions so far.

In addition, he is a vertical player, who can add directness while the team is in possession. For a side struggling in recent times to break and transition, his abilities have, and will, come in handy. Having Memphis Depay in the team will complement his diverse skill-set after he comes back in October.

Despite donning the No. 10 jersey, Ansu Fati is stylistically different compared to his predecessor Lionel Messi.

As a player, who relies on his pace and quick movement to create space, Fati likes to start from the left and skews his play around the left half-space.

On the other hand, Messi’s operation would largely be around the zone 14 areas and in a calmer fashion.

However, statistically, there are certain blueprints of the two’s contributions. Fati has averaged 2.44 key passes per 90, keeping him in the 91st percentile among Europe’s elites. Like Messi, he is involved in providing key passes and producing assists. Fati averages 0.30 assists per 90 – better than 98% of wingers and attacking midfielders in Europe’s top five leagues.

Most of these come from live passes, drawn fouls and dribbles just like Messi’s. All of these make him a well-suited individual around whom Barcelona will look to build a team.