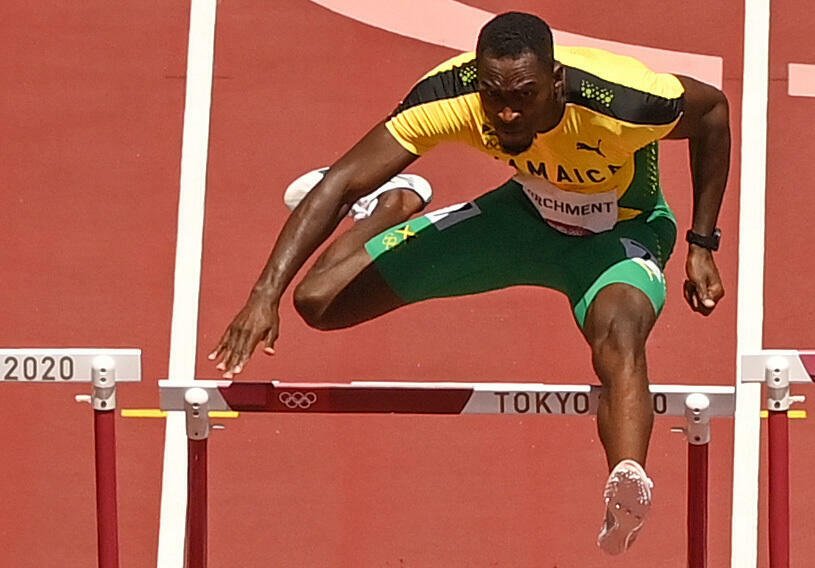 One good turn deserves another or so goes an old adage. And Jamaican gold medalist Hansle Parchment knows this all too well.

Parchment almost missed out on the track but he made it in good time. This was courtesy of a Tokyo 2020 volunteer, Tiana who did the unthinkable for him.

The Jamaican hurdler narrates that Tiana foot the cost of his taxi to the Olympic Stadium in Tokyo, Japan after taking the wrong bus. 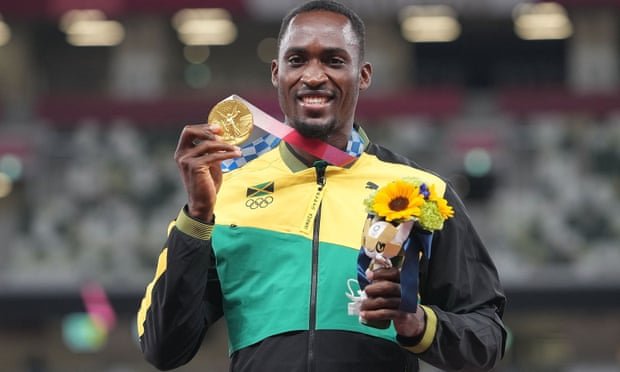 A few days ago, he posted a video on social media when he met Tiana after successfully tracking her. He paid her money back that she used to pay for his taxi and gifted her a Jamaican Olympic Shirt.

The Jamaican star could not hide his joy for Tiana who helped him get through what would otherwise be a difficult day.

“You were instrumental in me getting to the final that day,” he told her before they posed for a photo,” he says according to Sunday Gleaner.

Days before the curtains came down on the 2020 Tokyo Olympics, Parchment had his biggest life scare. He hopped into the wrong coach and ended up at the wrong place.

All official Tokyo 2020 cars were booked leaving him with slim options. He could not take a bus to the Olympic village because he would have to pick another one at the stadium.

There was no time for all this.

“If I had done that, I wouldn’t get there in time to even warm up. I had to find another way. I was trying to get one of the branded cars for the Games to take me, but these people are very strict and adhering to the rules, and I would have to have to book the car from beforehand to get it to leave,” he recalls.

In the nick of time, he found Tiana and “begged” her. Out of a good heart, she offered him money to pay for his taxi ride to the stadium.

His gift to Tiana is just the beginning of good tidings for her. She will soon fly to Jamaica for an all-paid-for vacation courtesy of the Jamaican government.

Edmund Bartlett, the Jamaican Tourism Minister intends to host her for a tour of the Caribbean Island. He says this is to pay her back for her kindness.

“No matter where in the world she is, we want to reciprocate the kindness shown to one of our own,” Bartlett exuded.