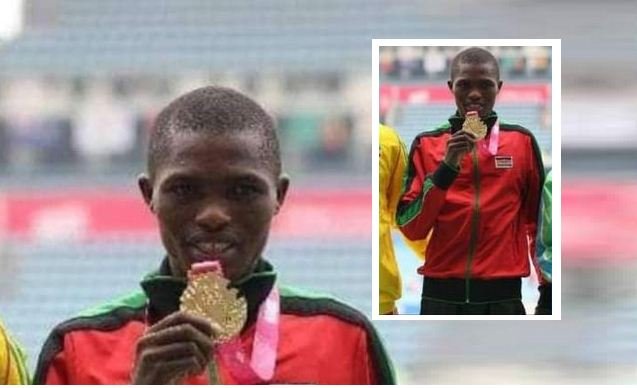 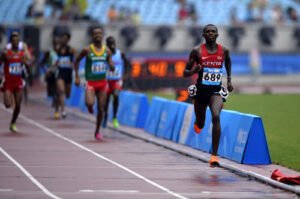 The 23 year old athlete was born in Kipsigon in Mount Elgon area, Bungoma County on October 3, 1997 and he has been training in Iten and Nairobi under National Police Service coach, Isaac Kirwa.

According to his family members led by his brother Benjamin Soet,he had been shortly admitted at Kopsiro Hospital after he developed the illness.

“Yesterday when he was organising the burial of his grandfather that was to take place at Sokomoko area on Saturday, he started feeling dizzy and was rushed to Kopsiro health centre. His condition worsened prompting his transfer to Bungoma County Hospital but he died on the way at around 9pm,” explained Soet.

Senete Speaker who’s also the former governor of Bungoma Kenneth Lusaka is among the regional leaders who have sent their condolence messages to the family terming Kwemoi as a humble and talented sportsman with a bright future.

“Gilbert Soet Kwemoi was a humble, talented and outstanding sportsman with a bright future,” the speaker said.

“It’s sad that we’ve lost him before he attained his full potential. My deepest sympathies and heartfelt condolences to his family, friends, the people of Mt Elgon and the entire athletics fraternity during this difficult time. Rest In Peace Chitab Koreet,” he said.

Isaac Kirwa,National Police Service coach on his side also confirmed the athlete’s death and added that comprehensive statement on the cause would be issued later.

“It is true that we have lost him at a young age. He was a promising athlete. IWe are in a meeting. A statement will be issued later,” Kirwa said.

His body has been taken to Dreamland Morgue in Kimili.

Kwemoi won the 1500 meters at the 2014 Junior African Athletics Championships, where he ran 3: 45.39. Mulugeta Asssefa Uma from Ethiopia came in 2nd place and Mostafa Smaili from Morocco in 3rd place.

At the Youth Olympics 2014 in August, he participated in the 1500 meters, and set a personal record in the introductory heat, with 3: 45.21. He won the final, where he improved his personal record to 3: 41.99. This was also the year’s best in the world for juniors.

At the Junior African Athletics Championships 2015 in March, Kwemoi came in 2nd place in the 1500 meters, behind Anthony Kiptoo , but ahead of Chala Regasa .

In June, he participated in the Tour of Marseille in France , where he set a new personal record of 3: 35.68, and came in 9th place.