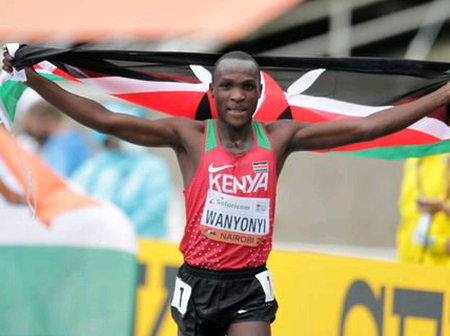 When Heristone Wanyonyi stepped into the tracks during the 2020 World Athletics U20 Championships, he became an instant sensation.

Wanyonyi scooped a gold medal in the 10,000M Race Walk. He was the first Kenyan to win the race.

He shot to stardom very fast leaving people with an imagination of a young man whose life is all rosy but it is not the case.

The 18-year-old accomplished his first major dream in his life by winning a gold medal. But, he had to return to his Kapenguria home in West Pokot where he lives in near squalor.

A walk into his parents’ compound paints a family of humble means. He lives in a mud house and is fends for his family.

Wanyoyi does menial jobs in his village to eke a living. Without these jobs, he cannot feed. He works as a farmhand in people’s farms for low wages.

A good employer pays him Ksh800 to till their land. He often accompanies his mother, Susan Wasike, Wanyonyi to people’s farms where they till and double their income.

Though this life is in complete contrast from the face people saw at the Moi International Sports Centre during the championships, he doesn’t regret it at all.

Wanyonyi says that he does it all for his parents because he wants to help them out in taking care of the family.

“I do these casual jobs to help my parents get some food for the family,” he told Citizen TV during an interview.

Since Wanonyi completed his secondary school education at Ortum High School in West Pokot last year, casual labor is all he has known.

It is the main means of survival for him and his family. And being a second-born, he sees himself as old enough to do anything humanly possible to feed his family.

The WU20 gold medalist has seven other siblings. His parent brought them up through the little amounts they get from tilling people’s land.

He confesses that this is not the life he wants to live, especially now that he is an adult.

He believes that with necessary intervention by the Kenyan government, his life will change. Wanyonyi pleaded with the State to reward him just like it reward Tokyo 2020 Olympic medalists.

All he wants to do is change his parents’ lives and get them a permanent residence.

“I would like to help my family because we live in a place where they cannot sustain themselves financially. We live in a rented house and we pay monthly, I would like the government to intervene so that we can buy our own land and I build a house for my parents,” Wanyonyi opined.

Each gold medalist got Ksh1 million, Ksh750,000 for silver medalists and get Ksh500,000 for bronze medalists.

Hypothetically, Wanyonyi believes a cash reward of a million shillings would change the trajectory of their life.

His parents are thankful that their son finally made it to the top challenges notwithstanding.

His parents recall that he showed interest in the sport at a young age; he was a fast walker.

“At his younger age, he was not a slow-paced individual. He was fast. If sent for an errand he could go and deliver faster, that is where he started,” his mother recalls.

Wanyonyi thanks his primary school teacher at Sigirio Primary School in West Pokot for nurturing his talent.

He recalls that the teacher Edward Moti asked to take the race seriously and he practiced a lot.

“My teacher told me that I should take walking race seriously as it is like any other athletics event. Since then I started practicing, he helped me and even gave me secrets on how to walk faster,” Wanyonyi stated.

At Ortum Secondary School, he bagged a silver medal in the 10,000km race walk. 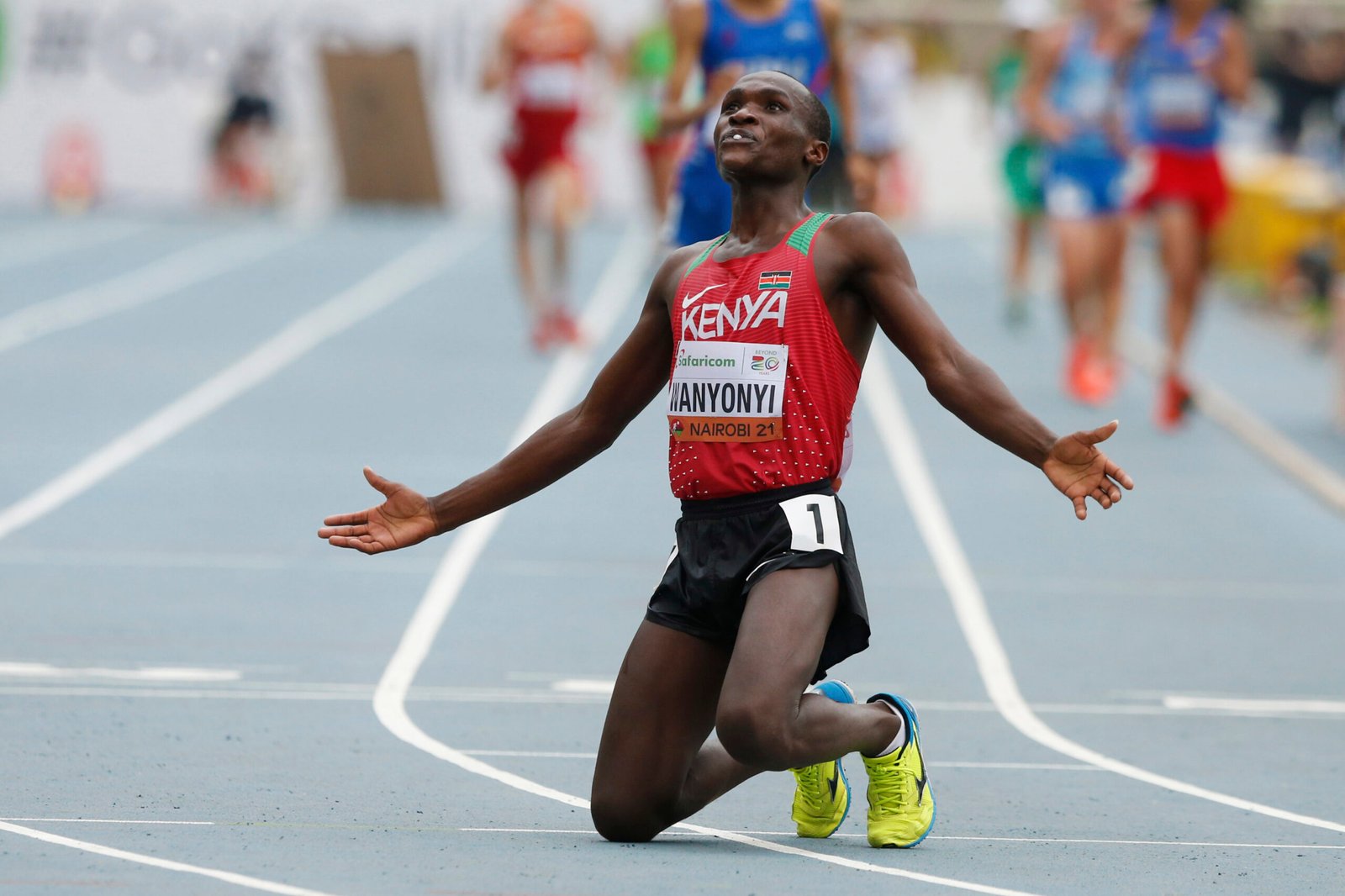 His experience in the tracks booked him a slot in WU20 Championships. And even these, he did not expect to break the odds and clinch a gold medal.

He always thought that Western countries were made for all this and not a Kenyan but he proved himself wrong.

In a record best of 42:10:84, he dived to victory. As he did all this, he plaintively says his family went to a neighbor’s house to watch him since they have no TV set at home.