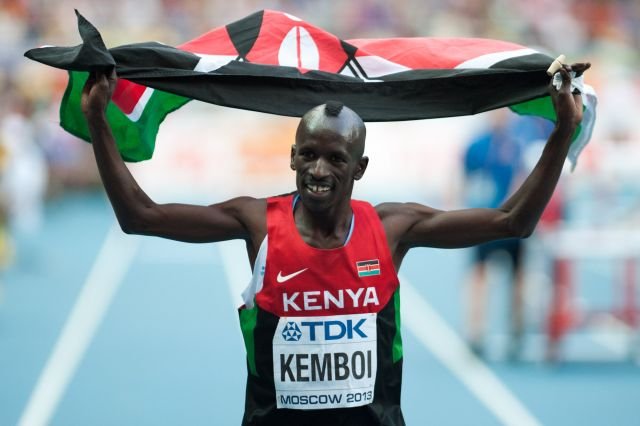 Nothing tastes sweeter than success and Kenyan athlete Ezekiel Kemboi strikes the world as a man who knows how to celebrate success.

Kemboi was some years back an athlete star with four world titles to his name and two impressive Olympic titles. In addition, he has a gold medal he won at the 2006 Commonwealth Games in Melbourne, Australia.

And when he won 3000 meters steeplechase races, nothing stopped him from his signature dance that many know him for. He put Kenya on the global map not just with his success but also with the dance.

But, his fame waned in the last couple of years, perhaps due to his decision to quit the tracks and focus on road races. 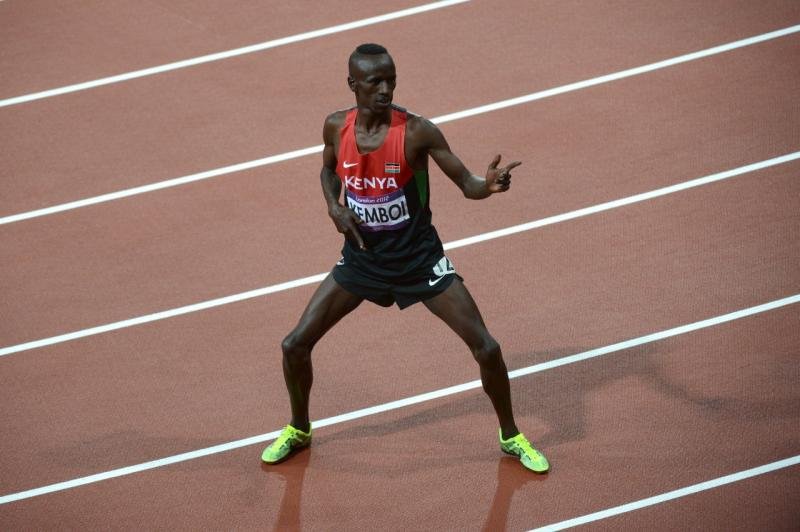 Kemboi says he had nothing more to prove to the world in matters steeplechase. He did the best he could and he has medals to show for it.

And this is all true. For instance, he scooped a gold medal at the 2004 Summer Olympics held in Athens. He also won the 2009 World Championships and the 2011 World Champions.

In the London 2012 Summer Olympics, he scooped yet another gold medal followed by two major victories in the World Championships in 2013 and 2015.

Kemboi, a police officer created a brand for himself with the major victories he scooped since 2004. He has a record best of 7:55.76 set at the Monaco Diamond League in Morocco.

Interestingly, Kemboi is one of the four great sportsmen in the country who won consecutively in the Olympics and World Championships. Others are Brimin Kipruto, Conseslus Kipruto and Reuben Kosgei.

According to World Athletics records, he is the only athlete in Kenya to ever win the World Championships in Steeplechase four times in a row. To crown it all, two medals in the Olympics.

The rain started beating beloved Kemboi during the 2016 Rio Olympics in Brazil after a fellow athlete pushed him and he lost his balance.

He stepped into the inner lane which got him disqualified from the race. And he has never forgotten about this.

In an interview with the Star, he recalls this incident like it was yesterday. He says that the Eritrean athlete who pushed him adds up to the highs and lows in life which are inevitable.

He was in the third position and expected a bronze medal. He had to pass it on to the fourth contestant in the race and contend with the disappointment.

Since then, nothing much about Kemboi vis-à-vis athletics is heard save for his dedication to the National Police Service where he works.

The 40-year-old was born in Marakwet in the Rift Valley. The region is synonymous with producing great athletes of all time. Unlike many other athletes who take up the sport while in primary or secondary school, Kemboi didn’t.

He took up athletics after completing his O-Levels in 1999. In 2001 he won the African Junior Championships, He finished second in the Commonwealth Games in 2002. Set, determined and unrelenting, Kemboi won a gold medal at the All-Africa games in 2003.

This set stage for his successive victory more than a decade later in steeplechase.

In 2012, a woman accused the steeplechase legend of assault. The woman, Anne Njeri Otieno accused Kemboi of stabbing her after turning down his sexual advances.

In his defense, Kemboi accused the plaintiff of trying to rob him while she was in the company of unknown people. The world steeplechase champion said that he only stabbed her as an act of defense.

He was charged before an Eldoret Court and this nearly ended his athletics career. Kemboi was apprehensive that he would be locked out of the 2012 London Olympic games.

But, luck was on his side as he was listed and went on to make history by clinching an Olympic title in the 3,000 m steeplechase.  The magistrate presiding over the case cleared him for travel to London for the Olympics.

Farming for the father of two is a second love for after athletics. He owns a 50-acre farm in Trans Nzoia where he spends time with his family whenever possible.  Kemboi’s net worth is estimated to be $1,456,531 (Ksh160 million).  All his wealth is attributed to his sporting career although he speaks of his passion for serving as a police officer.