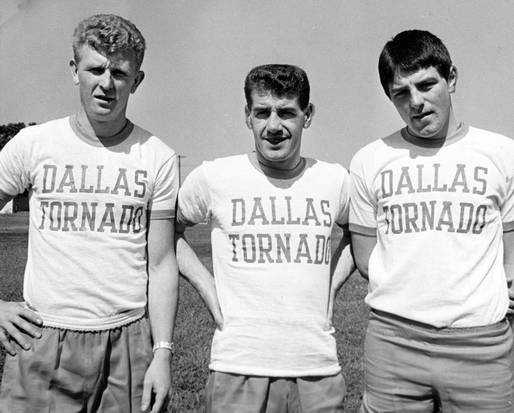 The Most disappointing Friendly Results of All time

Football arguments on friendly matches will never end especially where one’s team loses? Pre Season friendlies are not only meant to bring players together after long vacations but also for match fitness. But whether you batter most of the teams you face 10-0 and claim this is your year, or you make your fans despairingly pull their hair out with some truly woeful results, but claim the whole experience is just for match fitness and nothing more.

Well, in the list below you can bet anything that some of the sides will have been pleading with their supporters to keep the faith however difficult that may be.

Here are some of the most embarrassing pre-season friendly results of all-time..

In the midst of the Vietnam War, the club’s oil tycoon owner saw it a suitable idea to take his side on a world tour ahead of their 1968 season – including to south east Asia.

Their first problem came as the squad was split up due to visa issues, leaving half of the personnel on the tour stranded in a detention centre in the Bengali jungle. In bush roamed by tigers with guards ready to fire at unfamiliar figures, the Americans eventually managed to escape and resume their tour – not go home, that would be silly.

Then came a life-threatening encounter in Dallas’ 4-2 defeat to Singapore. At full-time the local fans stormed the pitch and mobbed the players – one being attacked with a corner flag – while shouting ‘Go home Yankees!’, effectively turning a pre-season friendly into a political riot.

Having escaped that ordeal, the squad moved on to Vietnam – in the middle of the Vietnam War, may I remind you – and unsurprisingly had to flea the country soon after achieving two draws.

While this entry isn’t a specific result, a tour that leaves a side with 26 losses from 32 games, a goal difference of -81, and in severe need of counselling has to be considered the most embarrassing result of all-time..

Even more shocking than Accrington’s beating of Marseille was Walsall’s victory against Dutch giants Ajax the year before.

While Ajax had gone four seasons without a league title by that point, shipping two goals to Walsall’s Andy Cook in a 2-0 loss could have been considered a new low.

As it turned out, that result did not matter one bit. The Dutch giants went on to win their first Eredivisie title in five years, while also reaching the last four of the Champions League.

As for Walsall, they got relegated from League One. Maybe pre-season friendlies really don’t matter?

This was on another level. Sean McConville and Offrande Zanzala goals put Accy 2-0 up, before World Cup-winner Florian Thauvin notched a mere consolation.

Marseille would go on secure Champions League football with a second-placed spot in Ligue 1, while Accrington finished 17th in England’s third tier that campaign. Football, eh.

It looked a guaranteed formality, only for goals from Gary Harkins and Luka Tankulic to give the Scottish side a famous 2-0 victory over Manuel Pellegrini’s men then.

Heading into the 2018/19 season, Huddersfield were optimistic of building on a 16th-placed finish in their debut Premier League Campaign last time out.

Well, reality hit before a competitive ball was kicked as the Terriers lost to newly-promoted League One side Accrington Stanley by a pretty dominant three goals to nil.

That embarrassing defeat set the tone for the coming season, as Huddersfield suffered relegation from the top tier with a bottom-placed finish, having accumulated just 16 points.

This years pre-season shock came up in Scotland as Hibernian left Arsenal red-faced once again at Easter Road in preparation for the 2021/22 season.

Goals from Martin Boyle and Daniel Mackay put Hibs 2-0 in front with 20 minutes to go, while Arsenal could only muster a late consolation strike through Emile Smith Rowe, this despite appearances from the likes of Cedric Soares, Pablo Mari, Mohamed Elneny, Thomas Partey, Willian, Nicolas Pepe, Eddie Nketiah, Alexandre Lacazette, and Pierre-Emerick Aubameyang throughout.
Another pre-season leaving the Gunners red-faced – it’s just so Arsenal, isn’t it?

Strictly speaking, Real Madrid won this friendly so it classes as the least embarrassing of the lot – but come on, 1-0 against Plymouth?!

The match happened purely by chance, as newly-appointed Los Blancos boss Fabio Capello took his side on a last-minute training camp to Austria where, as luck would have it, the one and only Ian Holloway had also taken his Argyle players.

Next thing you know, the plucky Bristolian had sent his men out to play against the likes of Guti and Julio Baptista, whose goal it was that separated the two teams.

While drawing with English League One opposition is fairly mortifying for italian giants Juve, this story had a romantic twinge to it.

The two clubs have shared a link ever since Juventus’ formation in 1897, when the Italian side took inspiration from Notts County’s black and white striped kit for their own strip.

The Old Lady, therefore, invited Notts County – the world’s third oldest surviving football club – to mark the opening of their new stadium in September 2011 (then named Juventus Arena) with a mid-season friendly.

Luca Toni set the ball rolling with the opening goal, before Lee Hughes’ late equaliser sealed a memorable, and fitting, draw between the two clubs.

When Spanish minnows Navata kicked off their preparations for the 2009/10 season, they might have expected a mauling from top-tier Villarreal.

Although when Ernest Valverde’s side turned up and put no fewer than 27 past them it suddenly didn’t feel like a result, but rather a news story.

Jonathon Pereira notched seven, Joseba Llorente and Ruben Marcos got four each, and former Arsenal legend Robert Pires secured a brace for himself as Valverde played a different XI in each half.

A large chunk of Arsenal supporters got what they’d long been asking for when Arsene Wenger finally said goodbye to the club following the conclusion of the 2017/18 campaign.

There was understandable optimism as new manager Unai Emery took charge and, following a couple of good results against lowly opposition – including a 9-0 beating of Crawley – to kick pre-season off, spirits were high.

However, normal service resumed when fans were given reason to be worried with an ‘unofficial and secret’ friendly against then-Championship side Brentford. The Gunners fell to a 2-1 defeat to the Bees as a late Bernd Leno mistake (it had to be) allowed the opposition to get one over their Premier League hosts.

The Most disappointing Friendly Results of All time