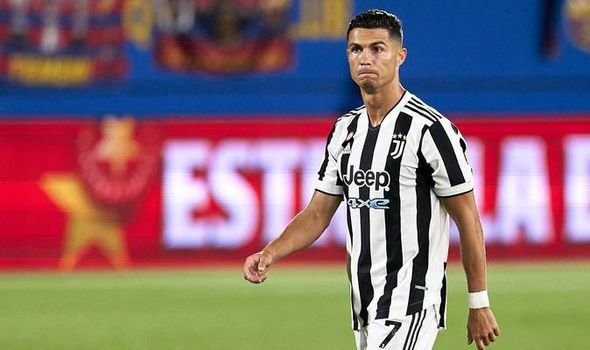 Since the start of the 21st century, different players have graced our screens with prolific goals but most of them have been overshadowed by two gentlemen, who are arguably the best footballers of all time amidst discussions of who between the two is the best. The two players are Portugal’s Cristiano Ronaldo and Argentina’s Lionel Messi.

Both Ronaldo and Messi have netted over 700 goals for club and country throughout the course of their illustrious careers so far. Their career peaked when both of them played in Spain’s top-flight league, the La Liga. Messi played for Barcelona whilst Ronaldo played for rival club Real Madrid. Coincidentally both of them are their former club’s all-time top scorers. 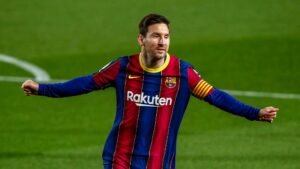 Lionel Messi. The forward has since joined the French side PSG.
PHOTO: Courtesy

Their records are absolutely outrageous and it’ll come as a shock to absolutely nobody that the pair led the way in terms of goals scored in the 21st century.

However, while we’ve all come to terms with Ronaldo and Messi dominating in every single attacking department, it’s interesting to find out which players are directly behind them as there have also been other players who have been so good and scoring an impressive number of goals for their club and country.

So, let’s have a look at who is behind Messi and Ronaldo and between the two who is leading the other in goals scored…..

Currently playing for Serie A Champions Inter Milan have signed for the club just a few weeks ago, the Bosnian international is the 10th on the list and is not a surprise after the career he has enjoyed for both Clubs and country. Dzeko has played for various top-flight clubs in Europe’s top five leagues, starting at VFL Wolfsburg between 2007 and 2011 before signing with English side Manchester City where he played for them winning two Premier League titles including the iconic 2012 title where he scored in the final match as City beat Queens Park Rangers 3-2 to win the title. He then moved to Serie A side, AS Roma initially on a season-long loan in 2015 before making a permanent move in 2016. He played with Roma until 2021, scoring 77 Serie A goals for them. He has since joined Inter Milan.

Currently retired, Rooney is the only retired player on this list. The former Derby County, Everton, and Manchester United player enjoyed a stunning career in England whilst also playing for the England national team, the Three Lions. Rooney is Manchester United’s all-time top scorer with 253 goals he scored for Man United. He also tops up as England’s national team’s all-time top scorer with 53 goals.

The Real Madrid striker has enjoyed specifically the UEFA Champions League, ranking the third all-time Champions League goalscorers with 59 goals, with only Cristiano and Raul scoring more than him. The France international has had fewer caps for France than expected but has scored 31 goals for Les Blues ranking him the fifth all-time top scorer.

At position five, we have two players tying at 409 goals so we do not have position six.

The Manchester United forward is the second Uruguay international on the list after Suarez. His career took off at Napoli where he played between 2010 and 2013 before switching to Paris Saint-Germain where he scored 138 league goals in 200 appearances. He ranks second after Suarez in Uruguay’s all-time top scorers. He is PSG’s all-time top scorer with 200 goals for the club.

The Barcelona Forward is well known by many English clubs. Playing for Manchester City between 2011 and 2021, registering himself as City’s all-time top scorer. He previously played for Atletico Madrid where he scored 74 La Liga goals in 175 appearances.

The oldest player who is still playing on this list, Zlatan has had more than an impressive career. Zlatan has played for a record seven European clubs. He started at Ajax in 2001 before switching to Juventus in 2004. He then joined Inter Milan in 2006 before leaving for Barcelona in 2009. He then returned to Milan to join AC Milan on loan in 2010 before sinning for the club a year later. He then joined Paris Saint-Germain in 2012 where he scored 156 goals and is ranked second in the all-time scorers for PSG after Cavani. Zlatan has also played for Manchester United and USA side LA Galaxy. He currently plays for AC Milan

The Bayern Munich Forward is no surprise in this list. Arguably the best goal scorer after Ronaldo and Messi, the forward has a record 464 goals for both clubs and Poland national team. His Bundesliga career started at Borussia Dortmund in 2010 where he played up until 2014 when he switched to Munich where he currently plays. He ranks second in Bayern’s all-time top scorers after Bayern legend the late Gerd Muller. 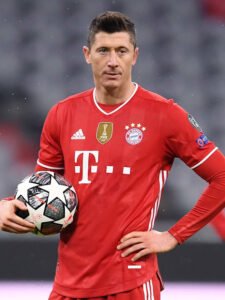 Ronaldo is also on the verge of breaking the all-time national team top scorer in the world after tying goals with Iranian Ali Daei at 109 goals. Considering Ronaldo is still playing, it is only a matter of time before he surpasses Daei’s record and be crowned the player with the most goals for his country in the history of football.