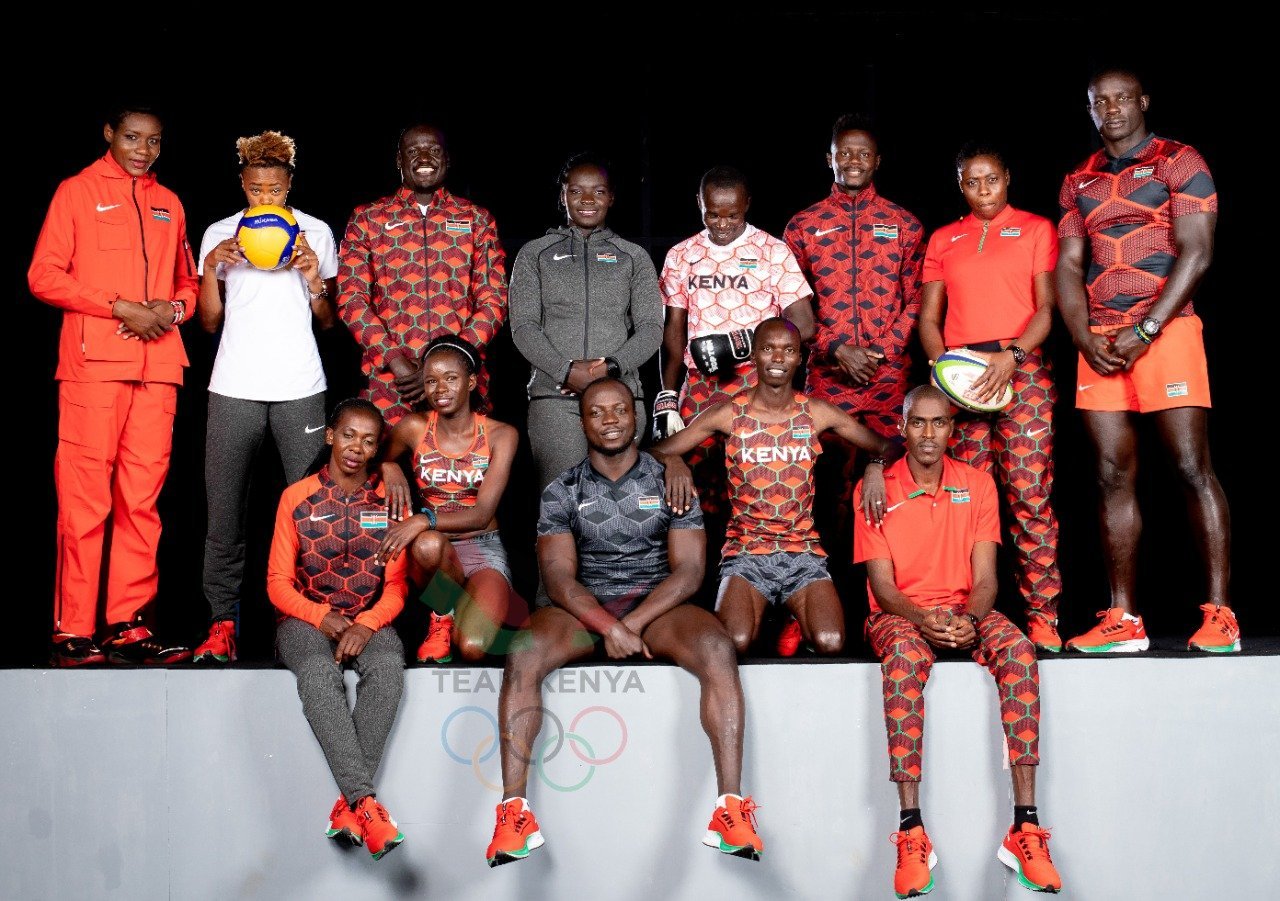 Nike branded kits donned by the Kenyan team during the Tokyo Olympics are now up for sale.

The global sportswear company availed the kits which, among others, Kenyan sportsmen during the opening ceremony of the Olympics in Tokyo.

Nike sponsored Kenyan athletes for the Tokyo Olympics. Among them was world marathon champion Eliud Kipchoge.

Kipchoge is a partner with Nike Company since the early 2000s. He is one of their ambassadors for sports footwear.

Early this year, Nike launched Kipchoge’s apparel deal with the Kenyan flag and the name “Eliud” embossed on the kicks. The Kipchoge-Nike shoe line includes the controversial AlphaFly Next% footwear and other sportswear branded with his name.

Among the kits that Nike availed for sale is a wet weather jacket – the Nike Team Kenya Shieldrunner Jacket retailing at $150. 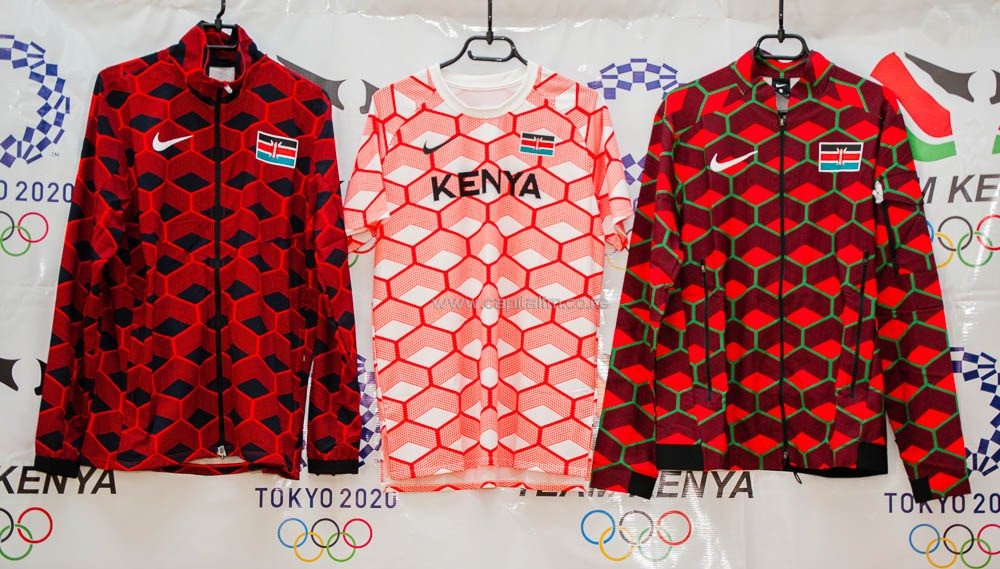 The National Olympic Committee of Kenya (NOC-K) in tandem with The Kenyan Fashion Council organized the designing competition for the Olympics.

Each of the three Kenyans designed something different. For instance, Muthui designed the kit while Muthui worked in the shoes. King’ori did the accessories.

The competition was tight but the trio is grateful they made the cut. Mmbasu recalls he nearly missed out – he submitted his design print 10 minutes before the deadline.

NOC-K handed over the designs to Nike who did the final production with an embossed Nike logo along with a Kenyan flag emblazoned on the designs.

Although Nike has other big names as its brand ambassadors, it seems to have a special affinity for Kenya sportsmen, athletes in particular.

Kenya is known for her aggressive athletes since time immemorial. The country has a reputation for winning international races since the 90s.

Retailers from approved stores cash in on the Olympics with huge sales of specific country teams merchandise. For example, in the Summer Olympics held in Tokyo in 2021 – although they were 2020s – Team USA merchandise was available in select stores.