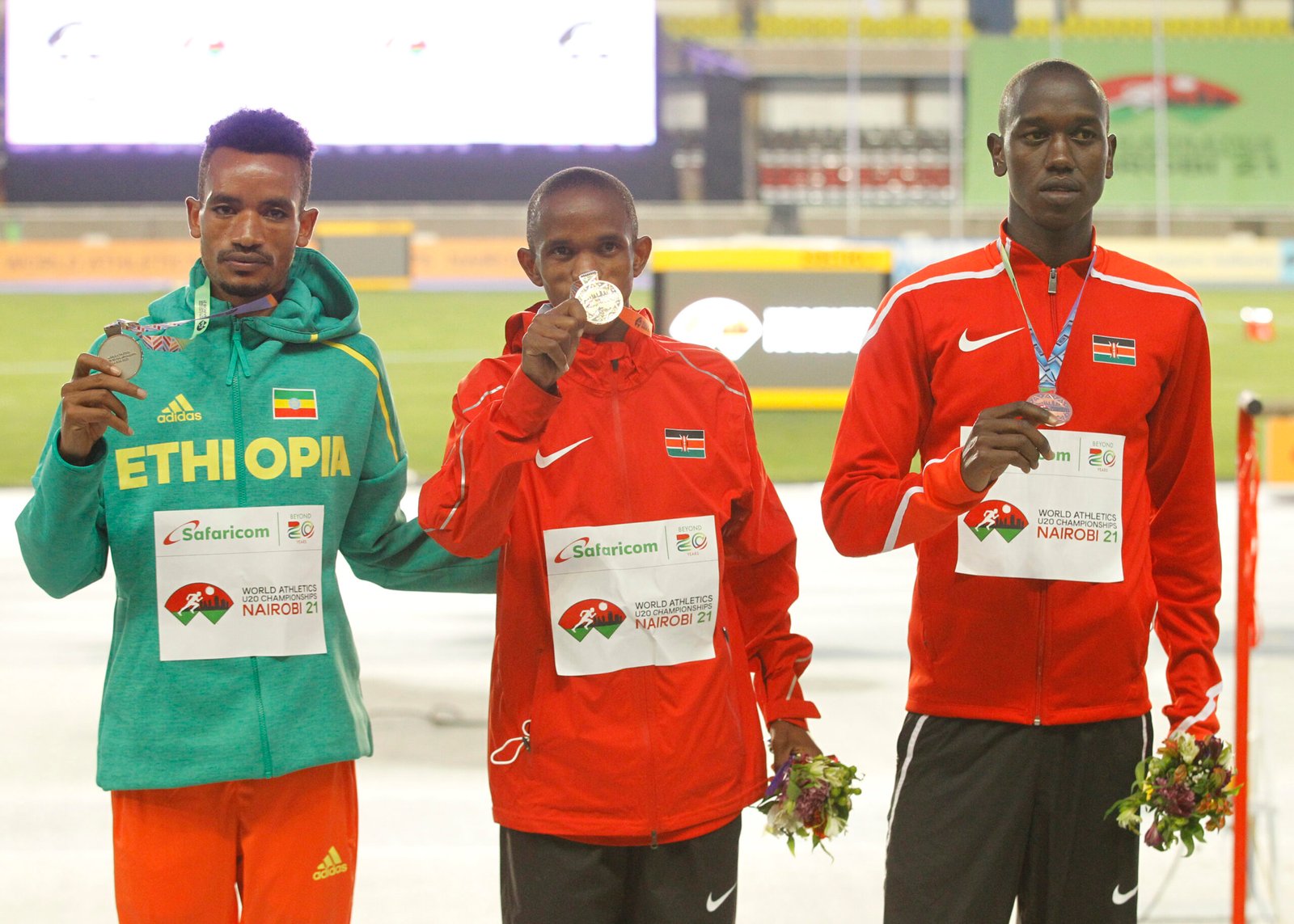 Kenya strike gold on second day of World U20 Championship

Kenya sat on top of the medal standings at the World Under-20 Championships on Thursday after bagging four medals on the second day of the biennial event at the Moi Sports Centre Kasarani.

Muthoni led a Kenyan 1-2 finish with Zena Jemutai taking silver while in the 5,000m, Kiplagat topped the charts while Levy Kibet clinched bronze.

In the women’s 3,000m, the Kenyan ladies were looking to make amends after their male counterparts failed to clinch any medal in the opening day with Ethiopia winning a 1-2. 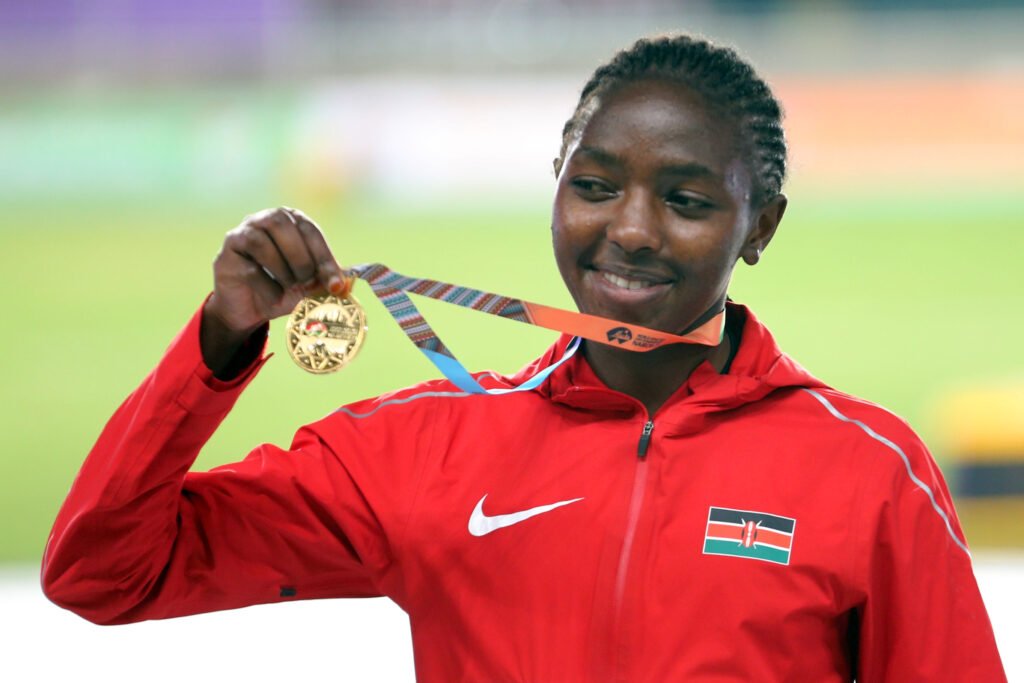 Teresiah Gateri Gold medalist celebrate after competing in the 3000m women race during the World Athletics U20 Championships being held at the Moi International Stadium in Kasarani on August 19, 2021. Photo/Fredrick Omondi

Japan-based Muthoni was determined from the word go taking charge of the race from the bell. She ran a calculated race, always ensuring she was dictating the pace but also very careful not to burn out too much.

With three laps to go, it was clear as day that the medals would be between Kenya and Ethiopia with Jemutai and Muthoni perched at the front while Ethiopian Wudu hang just behind their backs.

At the bell, the Ethiopian attempted to break to the front but Muthoni offered resistance, pressing on the gas pedals before taking back command. 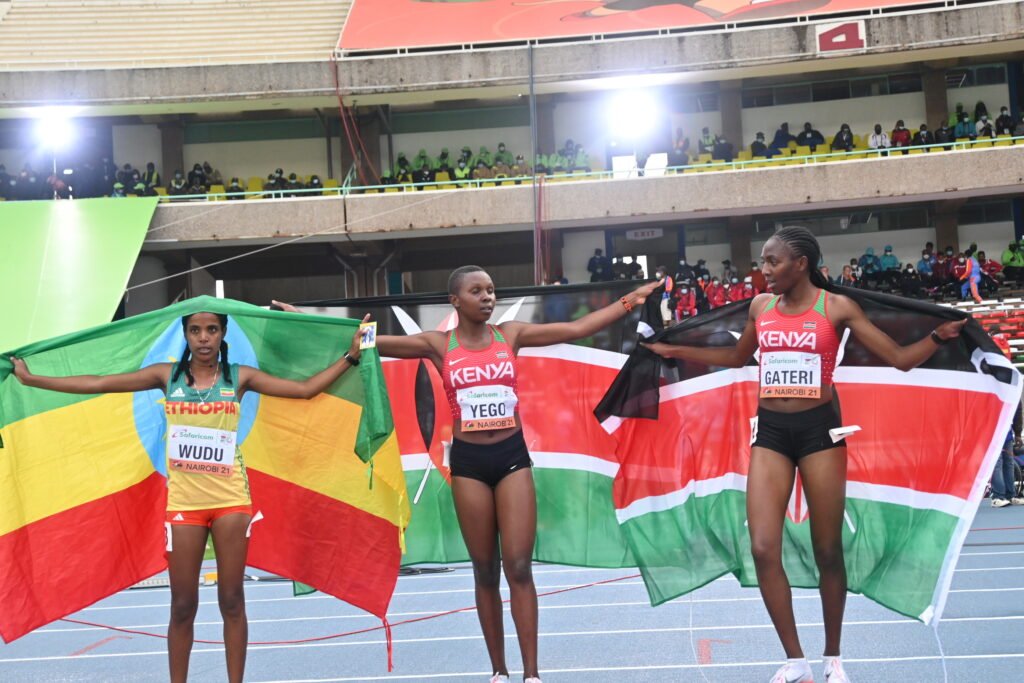 With the final 300m, the Ethiopian faded away with Jemutai striding forward to occupy the silver medal position. But, Muthoni was already away with finish line in sight and she crossed in a time of 8:57.78 while Jemutai came in for silver clocking 8:59.59.

Wudu managed to settle for third, but it was pretty easy for her as she had already gaped away from her closest competitor, Uganda’s Priscah Chesang.

Muthoni was elated with the gold. “I am really grateful because I had wanted to win this medal so much. I came in determined and that has given me a result,” she said.

Earlier on, the men had delivered the first gold with Kiplangat holding off Ethiopian Worku to clinch gold with a spirited sprint finish in the final 100m. 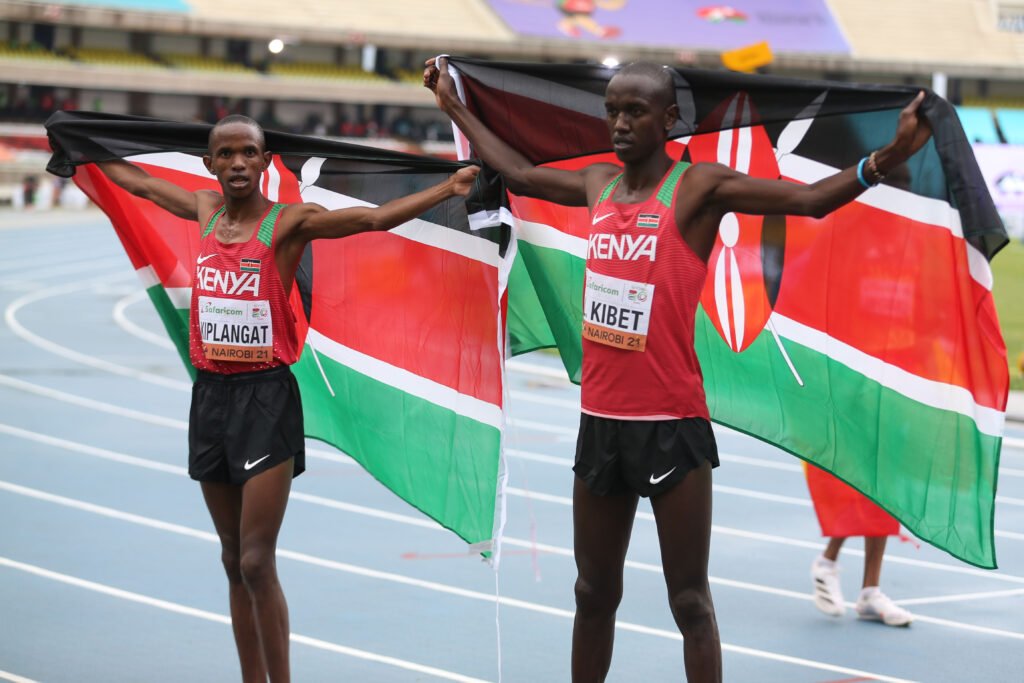 Just after three laps, the two Kenyans, Worku and compatriot Addisu Yihune had already broken away from the rest of the field. With six laps to go, Yihune tried to open up the gap but he just held on for 300m before the leading pack got back together.

But, with three laps left, Yihune had already started dropping off and the field was left for the two Kenyans and the Worku who was attempting a second gold. He led the Kenyan duo and he looked quite comfortable going to the bell.

But, the Kenyan duo stuck on his neck like a tick. With 200m to go, Kiplangat pumped in his adrenaline and sprinted away from the Ethiopian. Towards the final 50m, his strength seemed to be wading away but he just managed to cling on for gold, with Worku doing his all to dip ahead of him. 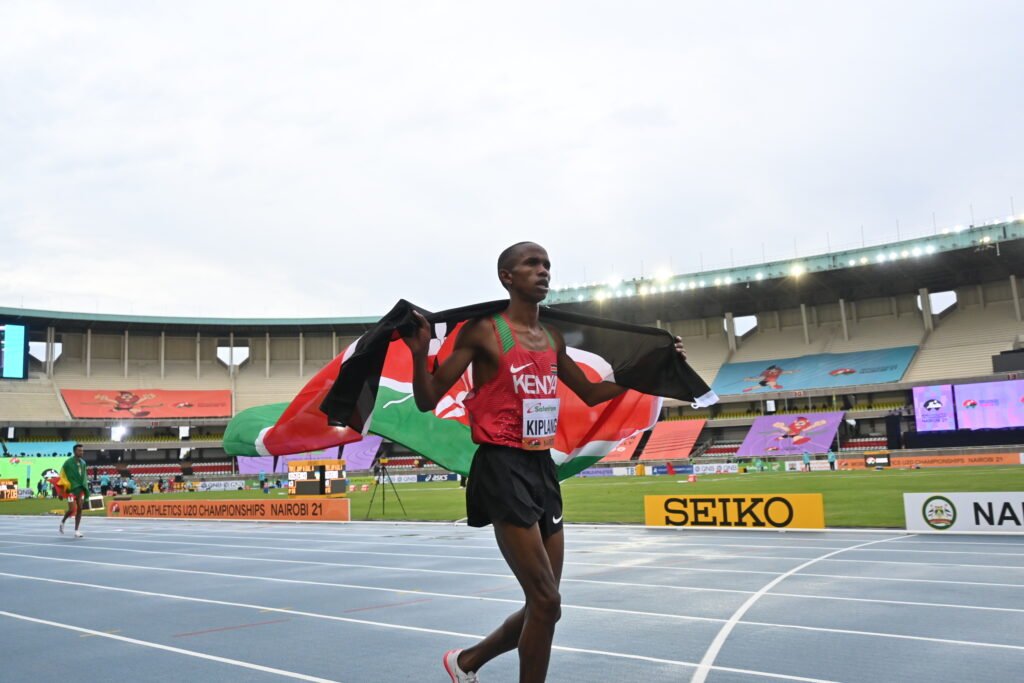 He was visibly excited after the race. “To be honest I didn’t expect to win today. I even didn’t think I would get a medal but I am really grateful to God that I did. There was a point I was almost falling when we had the last kick but I just managed to remain on my feet.” 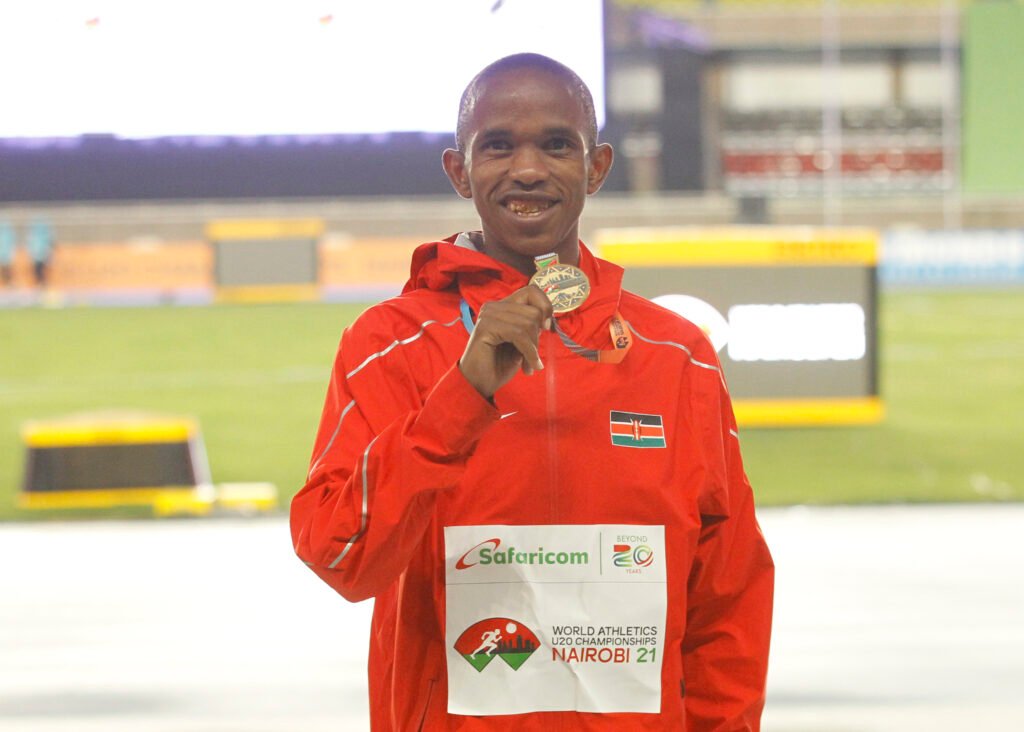 “I was motivated when I saw the likes of Eliud Kipchoge, Geoffrey Kamworor and others winning gold for Kenya in different races and I always told myself that one day I would make it too. Here I am and I feel really happy,” he said.

Kenya strike gold on second day of World U20 Championship