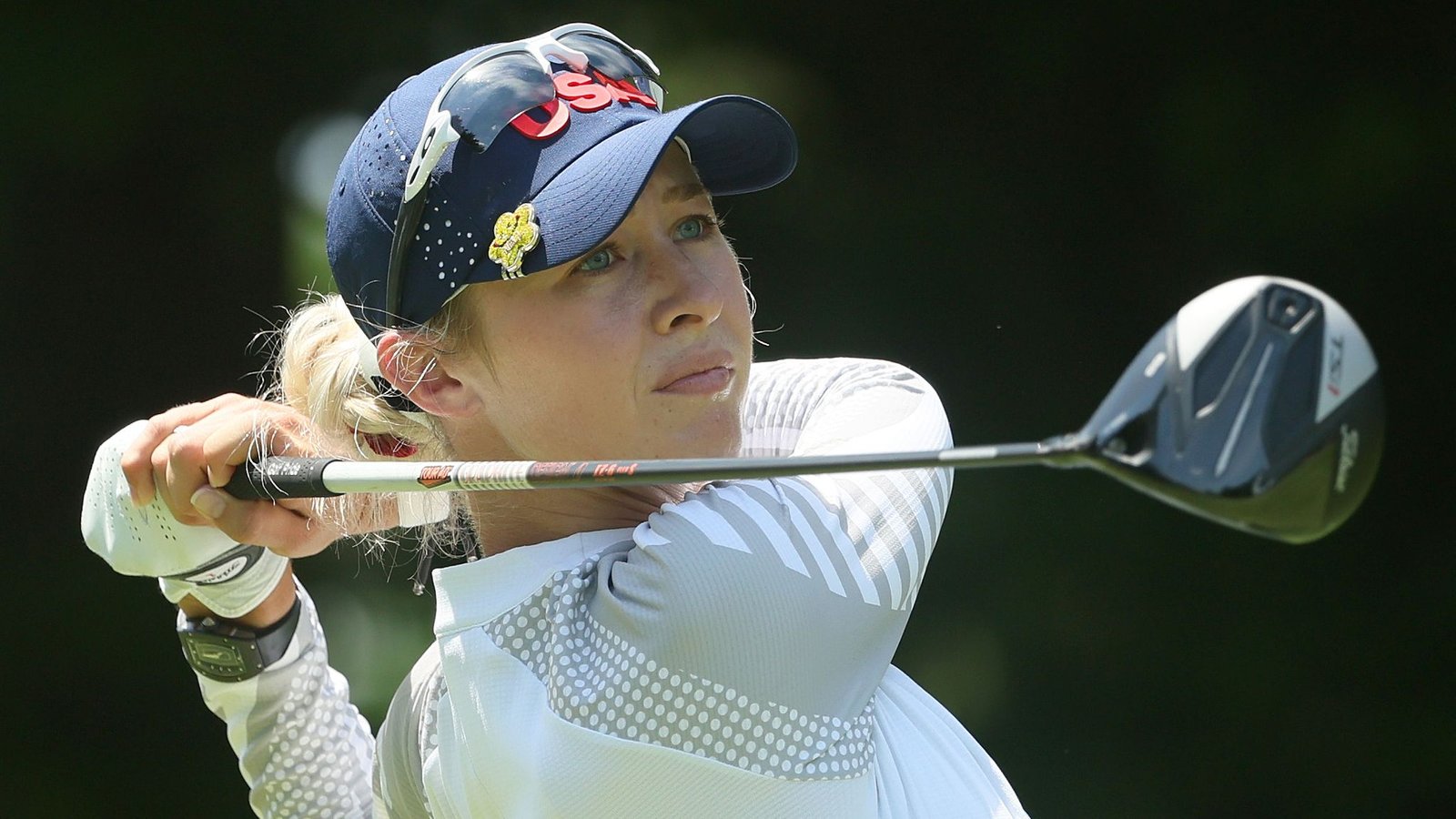 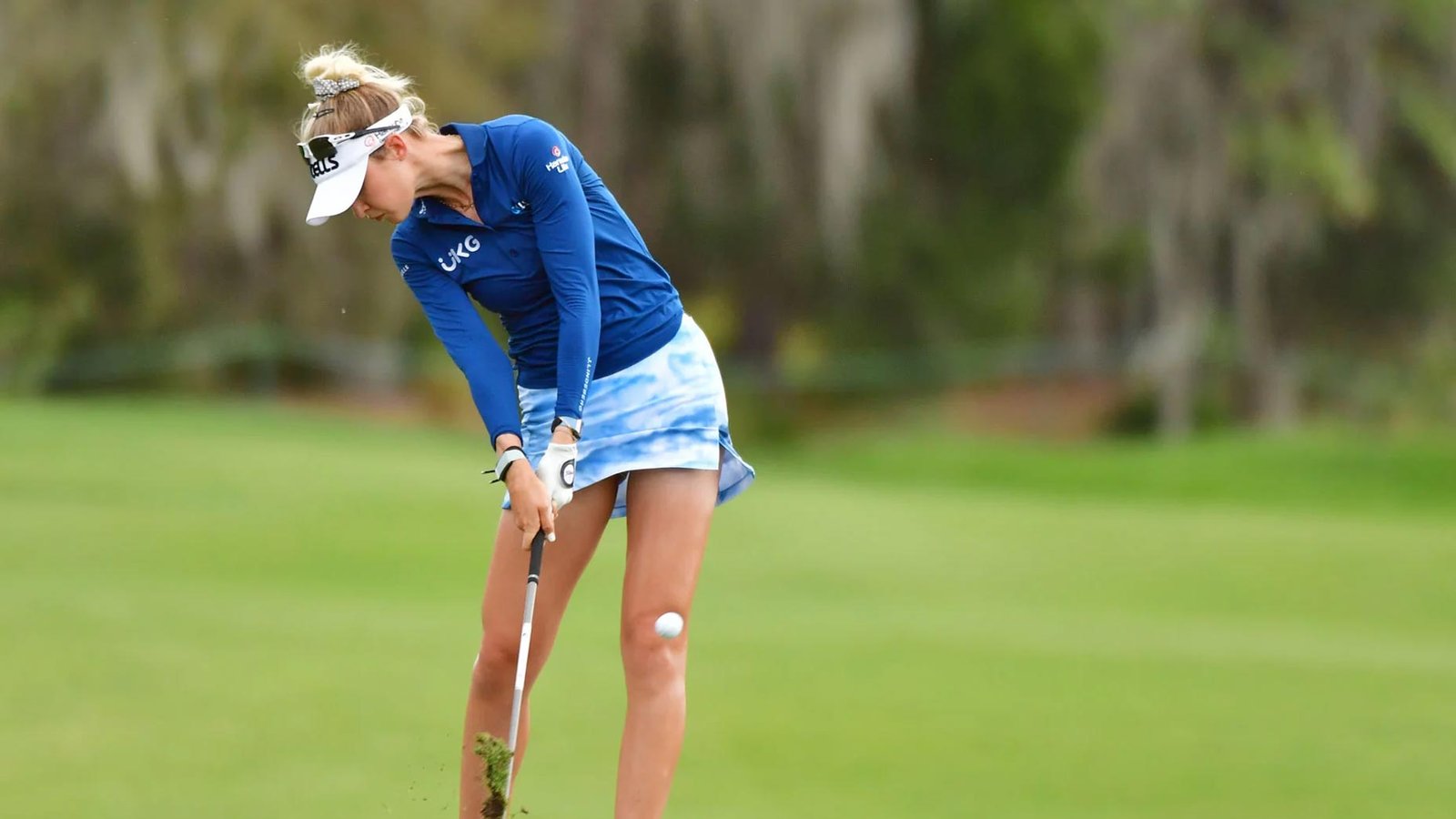 World’s best female golfer dubbed Nelly Korda was born on 28th July 1998. She hails from America. She is a professional golfer who plays on the LPGA Tour, where she has won for six times.

Nelly Korda played in the 2019 Solheim Cup. Additionally, Nelly was an Olympic gold medalist at Tokyo 2020. She bagged the gold medal at the women’s individual golf event at the Summer Olympics in Japan.

Nelly also made the cut at the 2013 U.S. Women’s Open, one month before her 15th birthday. The golf sensation began her professional career in the year 2016. That was on the Symetra Tour, where she was lucky to win her first pro event at the Sioux Falls GreatLIFE Challenge.

That was where she shot rounds of 68-67-69-66 for a 3 stroke victory over Wichanee Meechai. She ended the season 9th on the money list, thus earning her LPGA Tour card for 2017.

In October 2018, Nelly became the winner at the Swinging Skirts LPGA Taiwan Championship in Taoyuan, Taiwan for her first LPGA Tour title.

That was the win that gave her the honours and made her and her sister Jessica Korda the third pair of sisters to win in LPGA history. That made the duo join the Jutanugarn sisters, Moriya Jutanugarn and Ariya Jutanugarn, along with Charlotta and Annika Sörenstam.

Nelly Korda has always made great achievements in all the tournaments that she takes part in. The basket of achievements has largely increased. 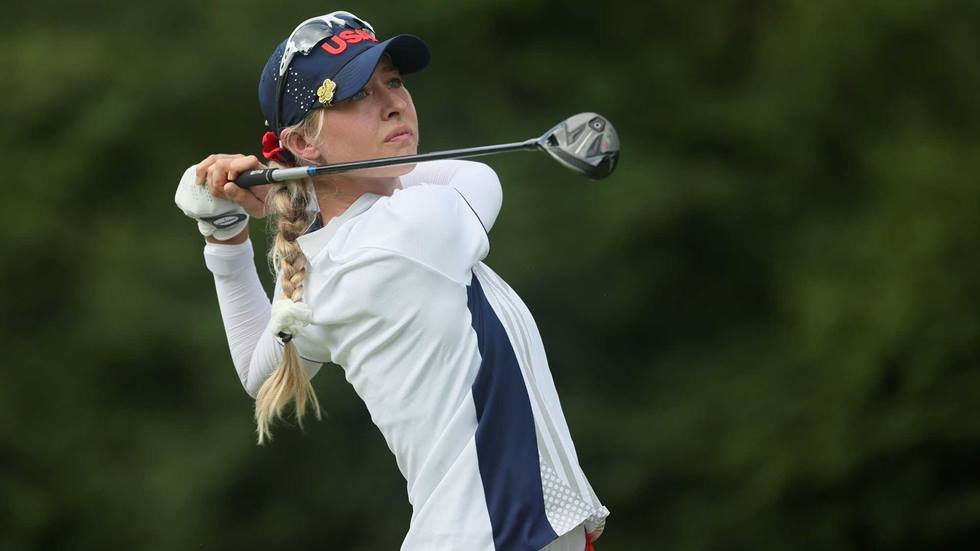 After settling for runner-up at the CME Group Tour Championship and solo 3rd at the Diamond Resorts Tournament of Champions, Korda won the ISPS Handa Women’s Australian Open on February 17, 2019.

In doing so, she completed a “Family Slam” in Australia. Her father, Petr, won the 1998 Australian Open singles in tennis.

More to her career progress, the Australian Open win represented Korda’s 4th top-5 finish in her most recent 5 LPGA starts.

Impressively, this is the victory that made Korda break into the top 10 for the first time in the February 18, 2019 release of the Women’s World Golf Rankings.

She thus moved up to 9th from 16th the week before, and becoming the second highest-ranked American in the world, surpassed only by 5th ranked Lexi Thompson.

Korda defended her title at the Taiwan Swinging Skirts LPGA in a playoff, on November 3, 2019.

Nelly as well won the Gainbridge LPGA at Boca Rio at Lake Nona Golf and Country Club in Orlando, Florida. That was on February 28, 2021.

More to her wins, Korda won the Meijer LPGA Classic in Grand Rapids, Michigan becoming the first two time winner on the LPGA during the 2021 season. That was on June 20, 2021.

She shot a career-best 62 to take a lead into the final round.

Korda is now set to compete at the AIG Women’s Open. The tournaments are set to begin on the 19th of August at Carnoustie.

Korda is Rolex Women’s Golf World Rankings number one. She is now heading an international field of more than 75 champions at the AIG Women’s Open.

Nelly Korda is without a doubt one of the most outstanding performers of the season. She is determined to chase the second major title. This is after she graciously emerged the winner at the KPMG Women’s PGA Championship at the Atlanta Athletic Club in June.

Korda, who is 23 years of age will be one of the 38 Americans that will be taking part in the major championships this week.

Korda will be joined by other golf starlets who have as well done well. They include six former number ones who include AIG Women’s Open winners Stacy Lewis (2013), Inbee Park (2015) and Ariya Jutanugarn (2016).

The other one will be Korea’s Sung Hyun Park and So Yeon Ryu. All eyes are therefore set to see how Nelly and the others will compete.