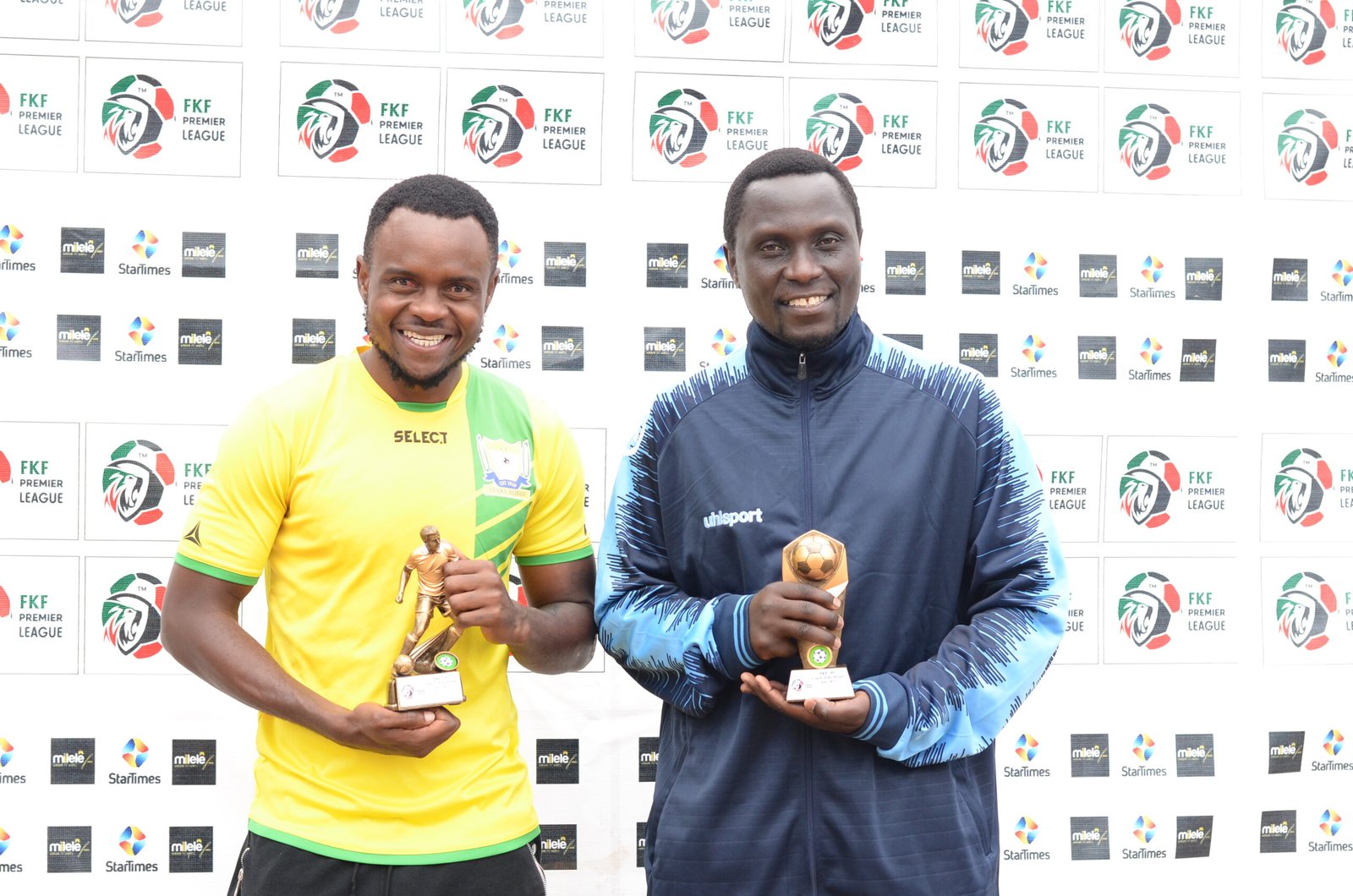 The Kakamega Homeboyz duo of coach Nicholas Muyoti and midfielder Shami Kibwana have clinched the Football Kenya Federation (FKF) Premier League double of coach and player of the month awards.

Homeboyz were in emphatic form in the month of July and won five of their six games, earning Muyoti the coach’s accolade while Kibwana who played a crucial role in scoring goals from midfield position was feted as the month’s best player.

In earning the award Muyoti waded off competition from Ulinzi Stars boss Benjamin Nyangweso and Wazito coach Francis Kimanzi. The award is accompanied by a cash prize of Sh50,000.

Homeboyz scored 15 goals and conceded seven in the month. They beat Ulinzi Stars 3-1 in their first game before leaving it late to thrash Mathare United 4-2 in the subsequent match.

They then beat Nzoia Sugar 2-1 in their third game but lost by a solitary goal to Wazito, their only blemish in a successful month.

Muyoti’s team recovered their winning touch in the fifth game besting Sofapaka 2-1 and they closed out the month with a 4-1 win over Kariobangi Sharks.

“I am really delighted to get this award but I would like to dedicate it to my players and fellow coaches who put in the hard work. It was a very successful one for us and finishing the season strongly was one of our main objectives. I think this will give us a spur heading into the new season. Now we just have to go back and take a rest, re-energize and focus on getting back to pre-season because we have a very short turnaround,” Muyoti said.

Meanwhile, Kibwana was instrumental in the run by scoring eight goals and laying one assist in those six matches. 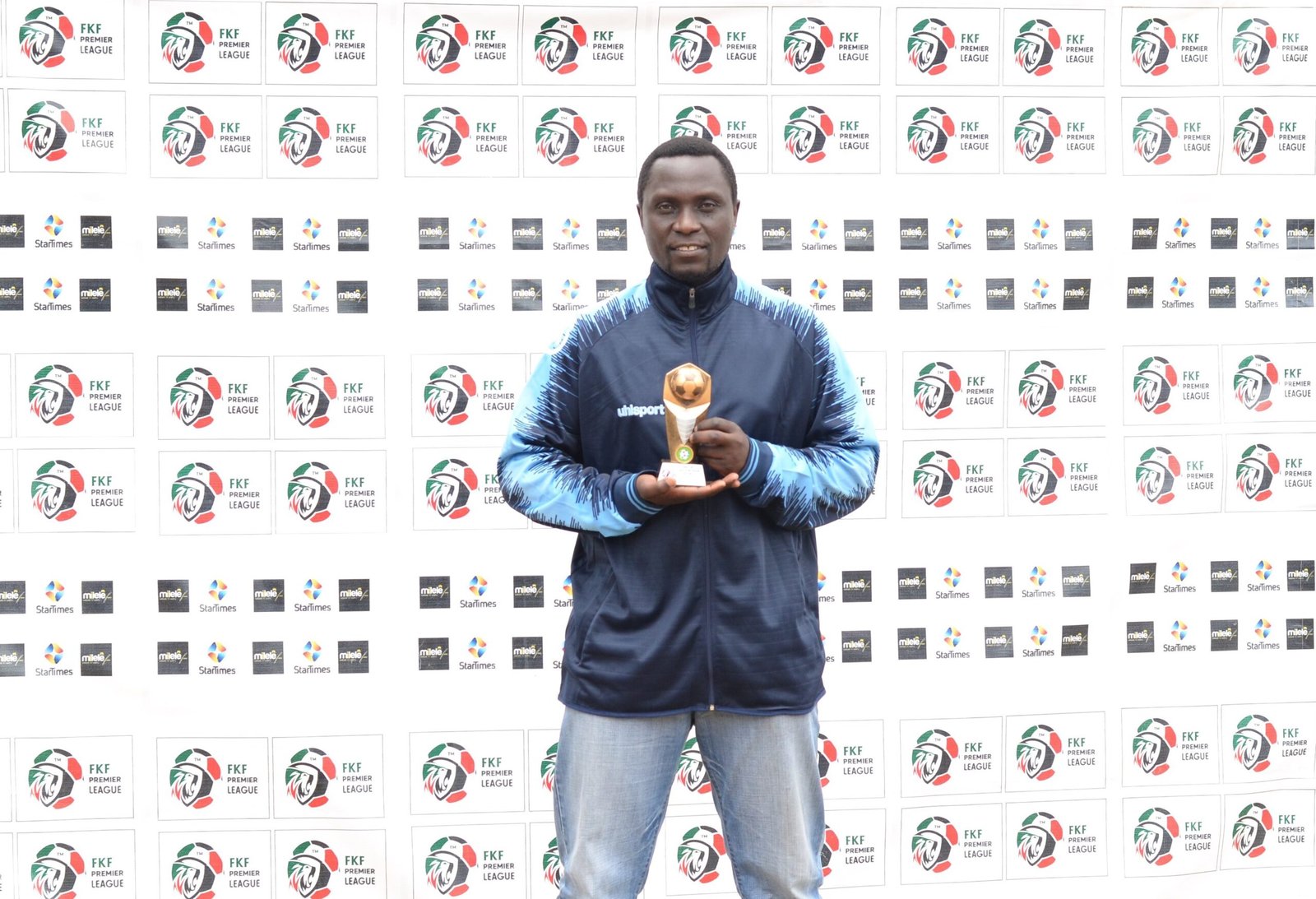 He began the month with a brace against Ulinzi Stars. He then set up the other goal for Allan Wanga as Homeboyz downed the Soldiers 3-1 in Nakuru. He followed it with another brace in the 4-2 win over Mathare United at the same venue.

In the following match that was also staged at the ASK Grounds in Nakuru, he scored one as Homeboyz downed Nzoia Sugar FC 2-1. He experienced a two-match drought against Wazito FC and Sofapaka before returning to the score sheet in style with a treble in the 4-1 win over Kariobangi Sharks.

Kibwana beat off competition from Kariobangi Sharks’ star striker Eric Kapaito, the winner of the Premier League golden boot as well as KCB’s David Simiyu to clin the award. He takes home a personalized trophy and a Sh50,000 reward.

“It is a blessing to finish the season this way and I am really pleased. It was collective effort from the team, not just me alone. But this is a motivation that if you work harder, you will achieve good things. Now I need to do more to show that this was not just a one time fluke,” Kibwana, who is headed to Tusker FC, stated.