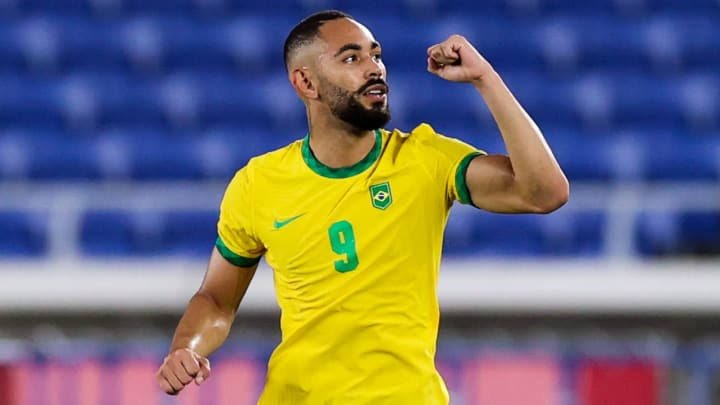 La Liga Champions Atletico Madrid have announced the completion of the signing of Matheus Cunha from Hertha Berlin for a reported €26million fee.

Cunha, who is Brazil Under-23 national team all-time top goalscorer, joins Diego Simeone’s striker-rich side on a five-year deal and will provide needed support to talisman Luis Suarez up top alongside Portugal’s Joao Felix.

Various reports had linked the 22-year-old forward to Premier League side Everton, Serie A sides Atalanta and Napoli, but the reigning La Liga champions swooped in to land on his signature and secure his services after a move for Dusan Vlahovic fell through. 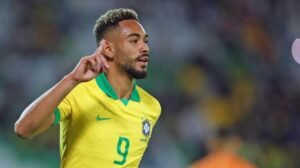 The Brazilian initially moved to Europe to play for Swiss side Sion, then joined Bundesliga first with RB Leipzig before finding a new home with Hertha Berlin in 2020.

Last term, the versatile attacker scored eight goals and assisted a further six goals across 28 games in all competitions, leading Hertha’s charts ahead of second-place Dodi Lukebakio who had 12 goal involvements.

Since joining the Bundesliga, the former Leipzig man has improved in front of goal in every campaign since 2018-19 and most recently scored a career-high seven goals in the German top-flight, finding the goals with 62.5 per cent of shots. 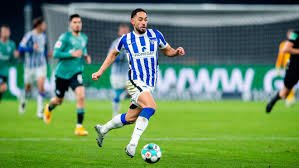 Similarly, Cunha almost doubled his touches in the opposition box in such fixtures last year, producing 98 in comparison to 53 last term and 58 the year before.

However, the new Atletico man comes to the fore when it comes to dribbling. Since his arrival in Berlin on January 31, 2020, only five forwards across Europe’s top-five leagues have completed more dribbles than Cunha’s 123 – successful in just over 60 per cent of all dribbles he attempted.

Remarkably, no player in the Bundesliga can match that dribbling tally while Yannick Carrasco is the only Atletico Madrid player to have completed more than 100 dribbles in the same time frame.

Cunha will most likely be tasked with partnering Suarez as a second striker in Simeone’s favourite 4-4-2 formation, perhaps replacing the in-form Angel Correa as Los Colchoneros go in search of back-to-back LaLiga titles.

The second forward Correa has scored eight goals in his last 10 appearances for Atletico across all competitions – including three in his last two – for Simeone’s men, having previously netted seven times in his last 73 for the club.

Cunha could feature as early as Sunday as Atletico take on Europa League reigning Champions Villarreal in a bid to defend their Spanish title, Atletico have started the new La Liga campaign with back-back wins for the fourth time during the Simeone era.