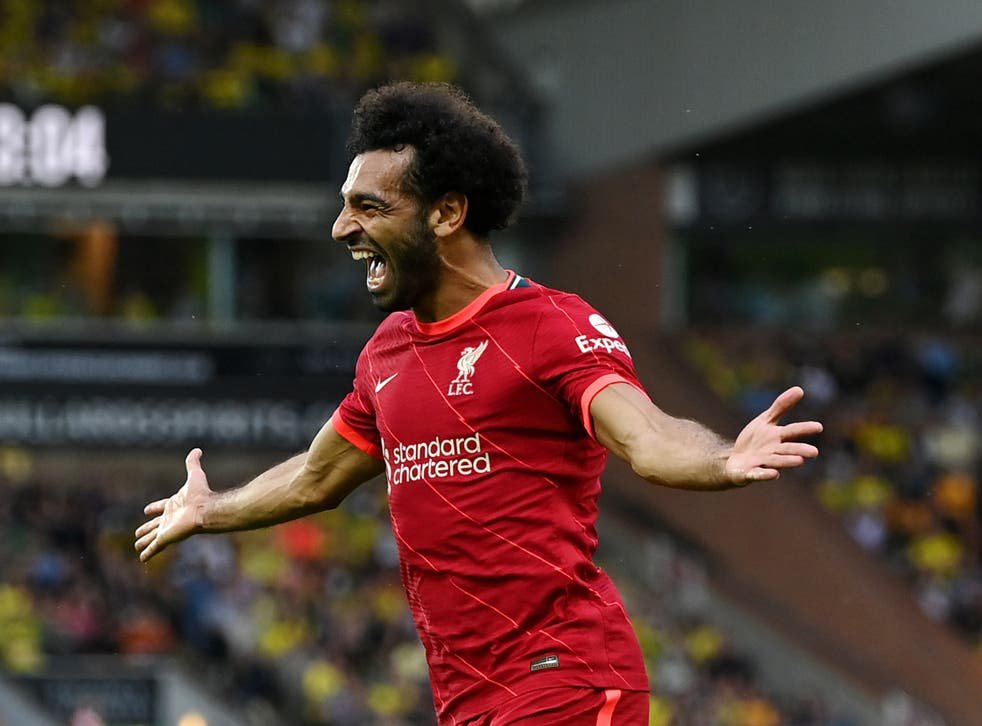 Liverpool winger Mohamed Salah has become the first player in the history of the English Premier League to score in the opening weekend of the Premier League five consecutive times.

The Egyptian continued his impressive goal-scoring record for the Reds when he scored the third goal for Liverpool in a 3-0 win over the newly promoted Norwich City at Carrow Road on Saturday evening. 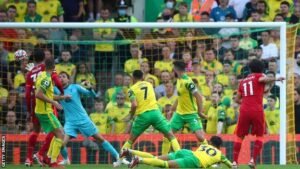 The 29-year old kept up his brilliant performance on the opening days of Premier League seasons having done so for the past four seasons prior to this weekend.

He has now scored in the first game of the season for Liverpool in all five seasons since he signed for Liverpool from Roma in 2017, surpassing the record previously held by Teddy Sheringham.

Sheringham scored in four consecutive opening weekends in the EPL between 1992 and 1995 albeit for two different clubs.

He first scored in the first opening weekend for Nottingham Forest followed by three successive goals in the opening weekends whilst playing for Tottenham Hotspurs.

The former Manchester United player has since been holding that record until yesterday when Salah surpassed him.

Salah matched Sheringham’s record last year in a thrilling 4-3 win against the then newly-promoted Leeds United and has now surpassed the record in a 3-0 win against newly promoted Norwich City after providing assists for the first and the second goals for Diogo Jota and Roberto Firmino respectively. 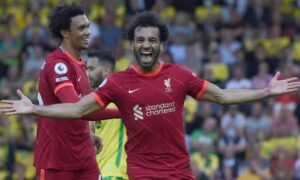 Salah has now scored 98 times in the Premier League since his first match with 96 of the goals being with Liverpool. The other two goals came during his short spell with Chelsea. His 96 goals with Liverpool come from just 145 Premier League appearances as he looks fit to challenge the golden boot once again.

Liverpool returns to Anfield to host Burnley on Sunday before another home match in a huge clash against Salah’s former team Chelsea on Saturday 28, August 2021.