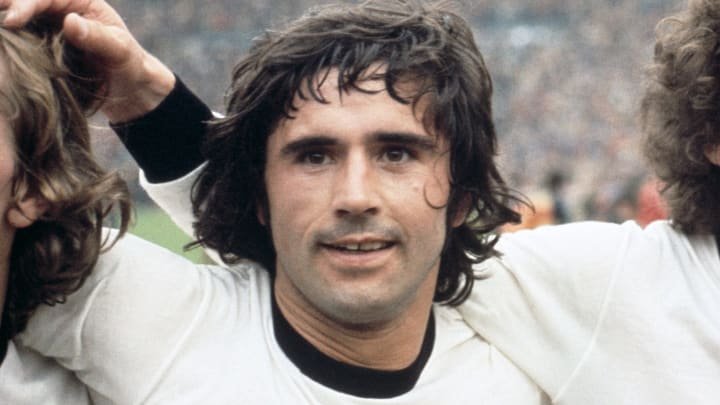 Muller spent his entire career playing for his boyhood club Bayern Munich and of course the German national team, finishing as the Bundesliga top scorer seven times in his footballing career. Muller is also Bayern’s all-time top scorer having racked up an incredible 365 goals in just 427 games between 1965 and 1979. 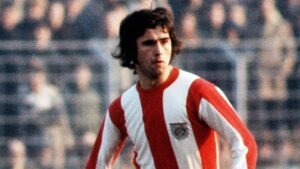 “Today is a sad, black day for FC Bayern and all of its fans,” Bayern Munich club president Herbert Hainer told Bayern’s official website. “Gerd Muller was the greatest striker there has ever been – and a fine person, a personality in world football.

“We are united in deep sorrow with his wife Uschi and his family. Without Gerd Muller, FC Bayern would not be the club we all love today. His name and the memory of him will live on forever. ”

“As a player and as a person, Gerd Müller stands like no other for FC Bayern and its development into one of the largest clubs in the world. Gerd will be in our hearts forever.”

Muller made his debut season for Bayern in 1965 and was an instant star, scoring 15 goals in 33 appearances for the club, and remarkably, this was his lowest-ever goal-scoring season as he always increased goals with the dawn of every season. 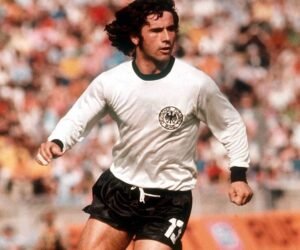 His best football came in 1970 when he was awarded the Ballon d’Or for scoring a record 40 goals in a single Bundesliga season. That record stood undisrupted for 50 years until the 2020/2021 season when Robert Lewandowski also playing for Bayern Munich scored 41 Bundesliga goals.

Der Bomber ended his impressive football career with four Bundesliga titles and three European Cups. After retirement, he went back to Bayern’s academy where he worked between 1992 and 2014