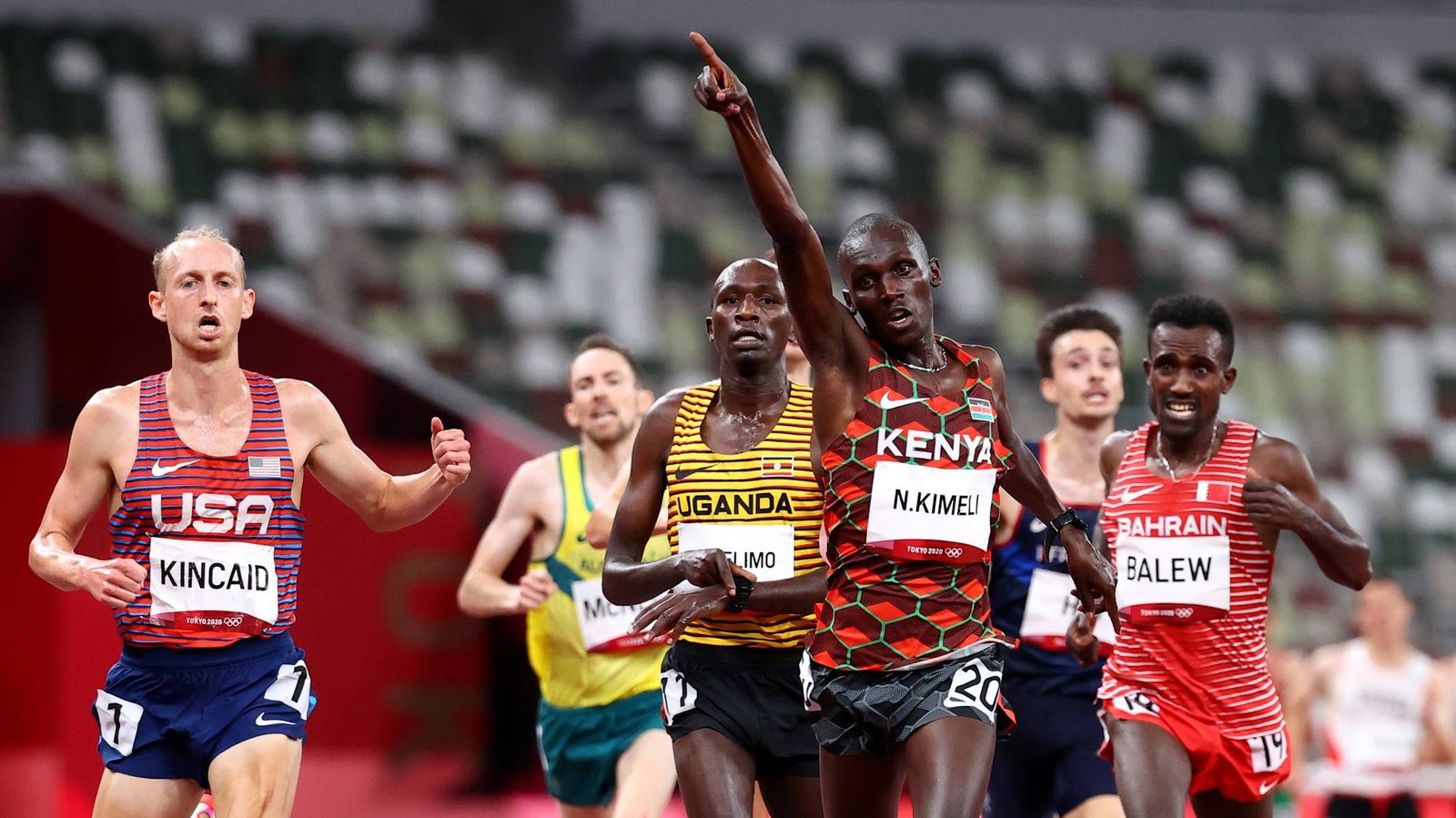 Nicholas Kimeli will be Kenya’s lone flag bearer in the men’s 5,000m final at the Tokyo Olympic Games after Daniel Simiyu failed to qualify off the heats while Japan-based Samuel Maasai pulled out of the race.

While Kimeli won his hear, Simiyu finished a distant 10th after being clipped and by the time he was rising back to his feet the leading field had long gone. Maasai meanwhile pulled out a few hours before his heat after picking up an injury in training.

Kimeli won the first heat in a time of 13:38.87 in a tight finish ahead of Canadian Mohamed Ahmed and Kincaid William of the United States. Simiyu who was competing in his first ever Olympic Games finished 10th in 13:41.64.

He was distraught at his predicament and was ready to appeal, but the appeal was later turned down.

“I am very sad because my target was to be in the final and I was sure I would make the top five. I was clipped from behind and by the time I was back up, the leaders had already gone some distance and I required a lot of energy to go on and catch up with them. It is a disappointment but I will keep fighting,” Simiyu said. 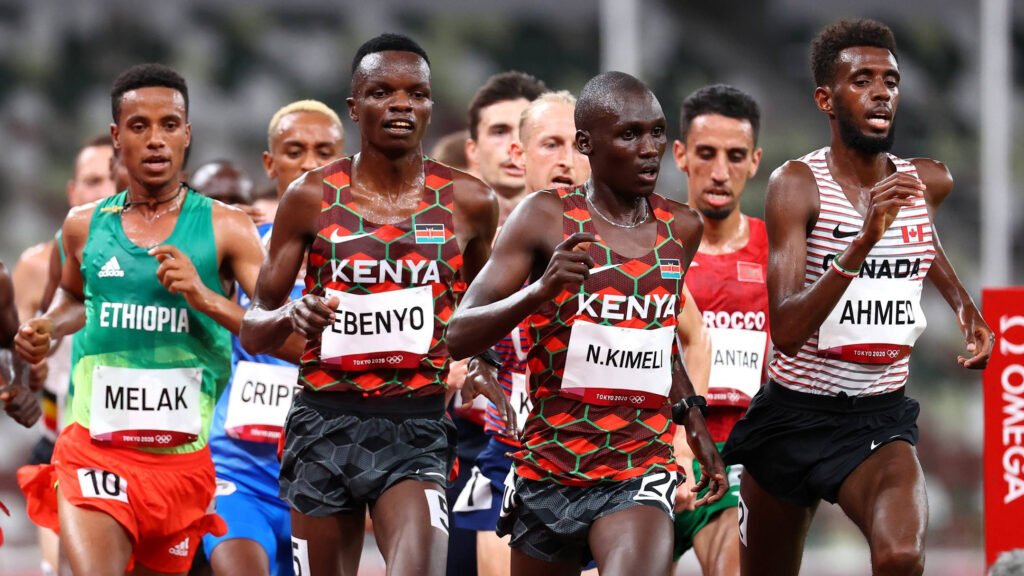 Daniel Simiyu with Nicholas Kimeli before he fell. PHOTO/Reuters

It was another heartbreak for the 22-year old youngster having managed to qualify to represent Team Kenya for the first time following another disappointment in 2019. He had qualified for the World Championships in Doha, but was pulled out of the tea due to WADA testing protocol.

He had not undertaken the three mandatory out of competition tests and was hence disqualified.

Meanwhile, Kimeli has vowed to ensure he makes it for Team Kenya despite tough competition from Ethiopians and the Ugandan duo of Jpshua Cheptegei and Jacob Kiplimo.

“I am happy to make it into the final but disappointed that my teammate has not made it. We had worked so well together in the race and we also planned to do the same in the final but unfortunately it will not be possible,” Kimeli said.

“It will not be easy especially with the Ugandans, Ethiopians and also my friend Ahmed from Canada. It is going to be really competitive but I am ready. I will do my best to deliver a medal for Team Kenya,” stated the athlete.

Julius Yego out in Round One 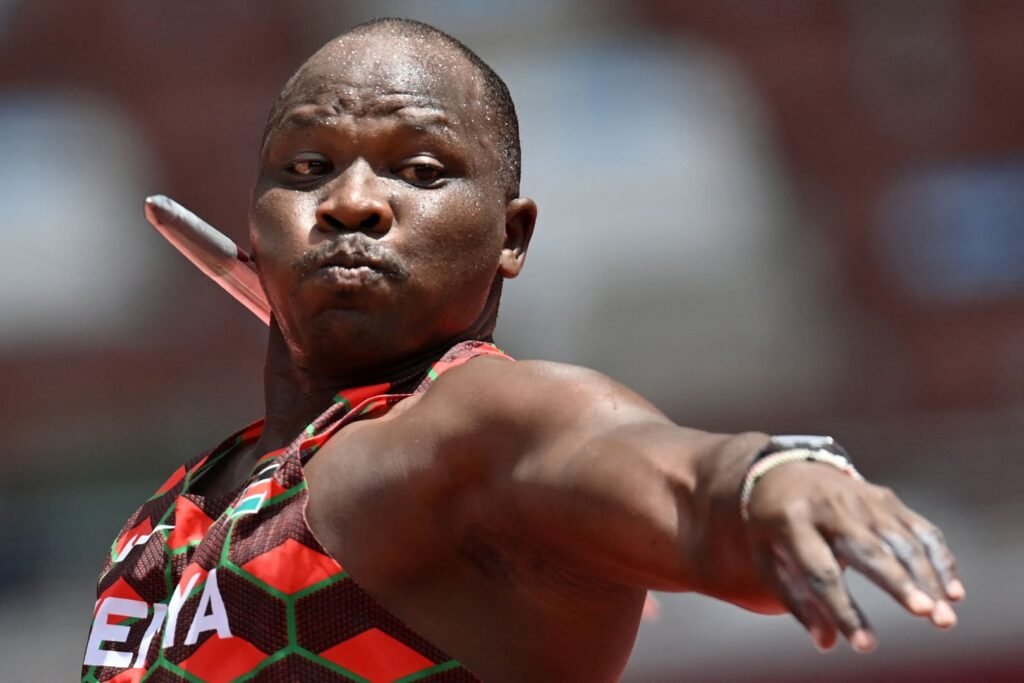 Meanwhile, Julius Yego failed to make it out of the preliminary rounds of the Javelin throw after only managing to do a best of 77.34metres to finish in 11th place. Yego was red-flagged in his first two throws for moving out of the sector.

In his last chance for a third throw, he couldn’t go above the 85m mark to assure himself of a place in the next round. He was gracious in defeat but said all this was due to the lack of a coach as well as an injury he picked up in training on Tuesday.

“I am not pleased with the performance but it was a bit tough. During training yesterday I injured my biceps and I wasn’t even sure I would make it for the final today. But I am thankful that I have at least come here and competed in my third Olympic Games though it was sad I couldn’t be in the final,” Yego said.

He added; “It was harder for me because I was there all on my own without a coach. My colleagues had their coaches in the stands and when they made an error, the coach was there to correct them. As for me, I was just relying on myself and experience. If I had a coach there it would have been better,” lamented Yego.

The 32-year old has had a difficult last two years battling to get back fit after injury. The COVID-19 lockdown at the start of last year made things worse for him as he didn’t have enough space to train and he says that has hampered his performance.

“Apart from the Kenyan trials, this is the only other competition I have engaged in over the last one year. It is not easy to compete well without prior events to help you gauge yourself and improve,” he adds.