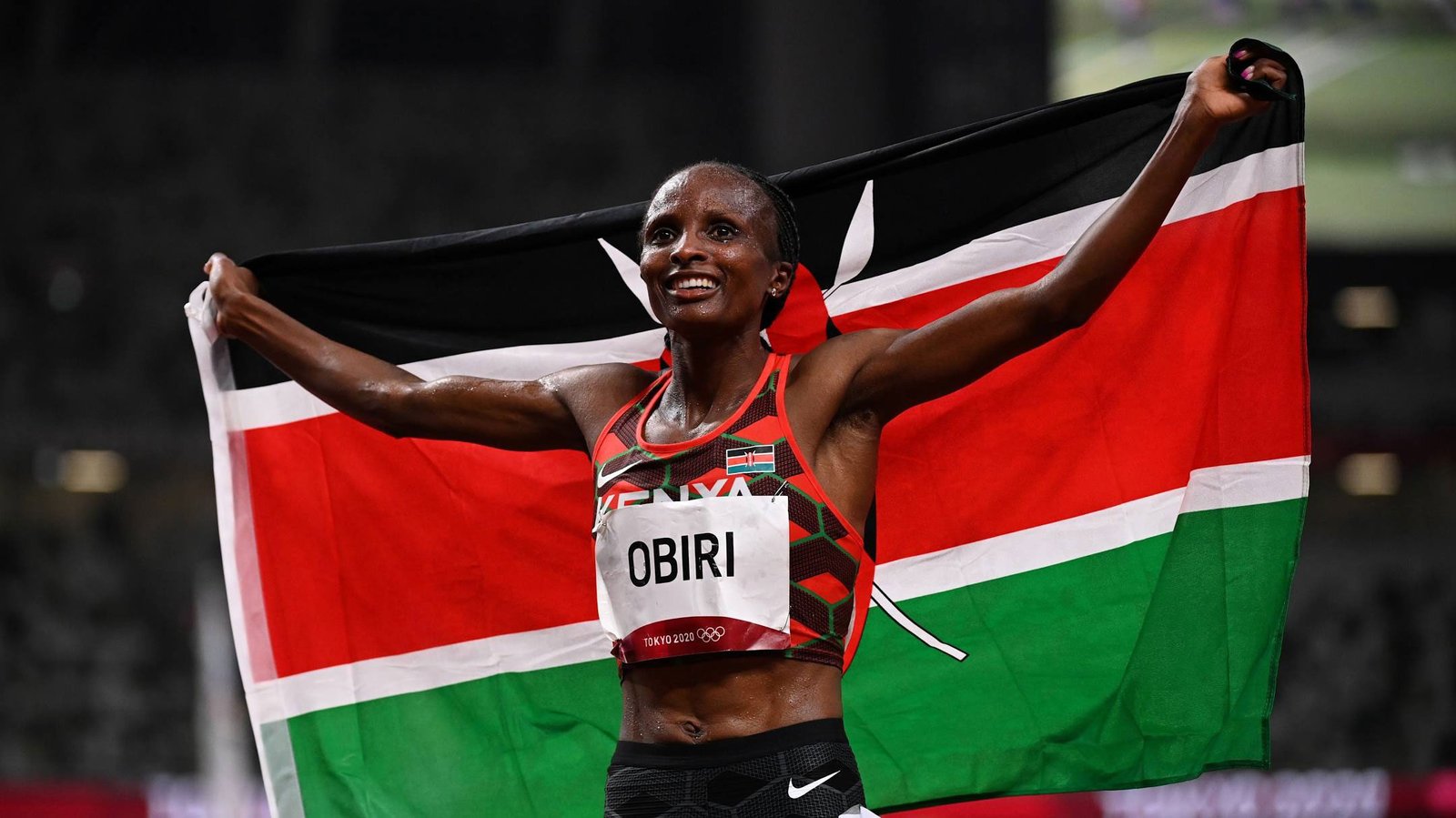 Hellen Obiri’s quest for a maiden Olympic title fell flat on Monday after coming second in the 5,000m to win silver, but has now shifted her attention to the 10,000m. Obiri said she is running her last year on track before switching to the road next year and wants to win the only medal missing from her collection.

But, she couldn’t sustain the tempo from Netherlands’ Sifan Hassan who powered home to win in a time of a time of 14:36.79. Sifan showed superb running, coming less than 12 hours after she had competed in the heats of the 1500m where she won her heat despite slipping and falling with 300m to go.

Hassan is looking to become the first woman in Olympic history to win three gold medals in a single Olympic. She is also hunting for the 1500m and 10,000m titles where she will once again battle Kenyans. 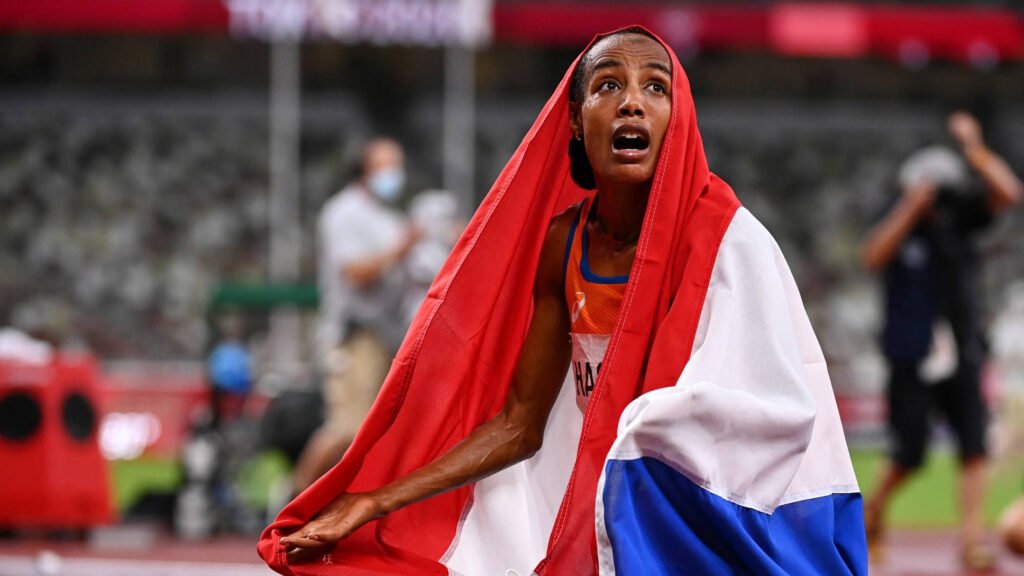 But for Obiri, though it was painful not to improve her silver from Rio 2016 to Gold, she was grateful for the second spot finish and now turns her guns on Hassan for revenge in the longer 10,000m.

“I may have settled for silver in the 5000m final but, I have my eyes firmly set on the 10,000m gold. The race was tough. I really tried to push but that’s the best I could do under the circumstances. I honestly believe there was nothing more we could do to save the situation,” Obiri said after the race.

She stated the fact that most of the athletes didn’t compete much prior to the Olympics was a contributing factor to their performance.

“I am content given the challenges we have faced in the run up to the Games. You need like two months to catch up and build on speed again. This kind of impeded my run; It was too late to recover. But finally, I would say I have reached where I wanted to,” she added.

Obiri had lost two races in the Diamond League circuits, finished second in both and had also lost the 10,000m final at the Kenyan trials.

But now, she hopes the tune up with silver in the 5,000m can propel her to a gold in the 10,000m final, once again facing off with SIfan and a host of other Ethiopian athletes. 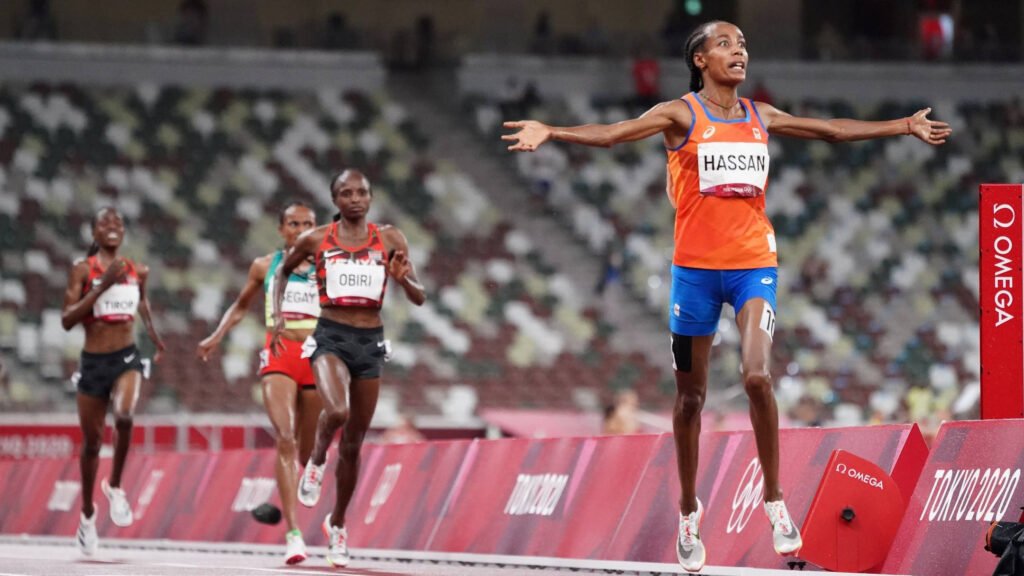 In the race on Monday evening, the final event of the fourth day of track action at the Tokyo Games, Obiri looked confident and ran at the front of the pack with just about eight laps to run. She constantly kept at the front while Hassan, just like a blood-thirsty predator, hanging around the back of the leading group.

Obiri and Ethiopian Taye Ejgayehu pulled the pace a bit with two laps to go but at the bell, Hassan was breathing on Obiri’s neck.

Heading to the final 300m, the Dutch lady threw down the gauntlet, striding ahead of everyone else and looking ever stronger with every new step she made. Obiri tried to sprint to catch up, but Hassan was too strong.

She grew even stronger towards the finish line with Obiri also doubling her efforts, but Hassan was long gone and she galloped past the finish line first. Obiri timed 14:38.36 while Ethiopian Tsegay managed to hold on for third after outpacing compatriot Taye.