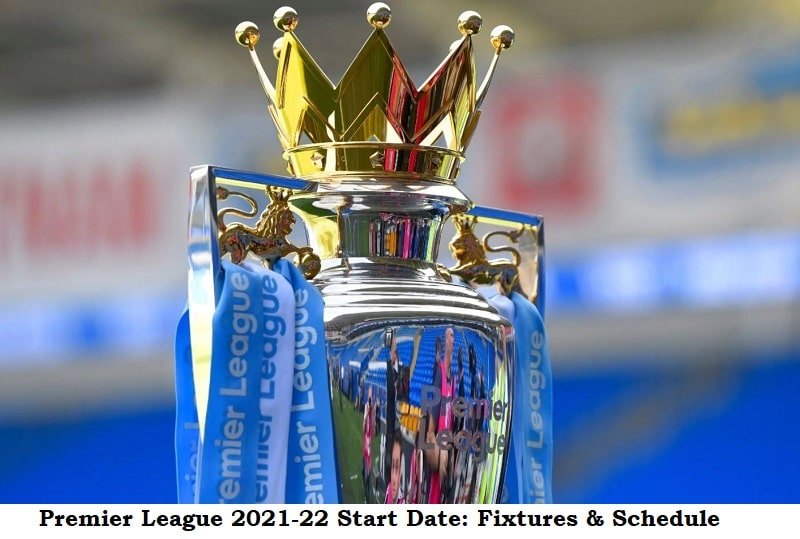 Its all joy and excitement for the football fans across the world as the English top Flight League EPL officially kicks of Today at 2200 hrs with Arsenal playing away at Brentford the new comers of the League this season. The English Premier League starts just less than five weeks after the EURO 2020 competition came to an end in an event that saw England lose the title on Spotkick against Italy who were crowned the Winners.

After the Ravaging effects of Covid-19 last year changed the way of the footballing, bringing to a halt for some time before its resumption late last year, this season its all system go and what a season it could prove to be, with stadiums up and down the country reborn with full terraces for the first time in 18 months.

But that’s not all we are looking for in todays game either, this season is all packed and you have no reason as football fan to keep your eyes away from the Screens, From Brentford Promotion to Patrick Vieira as the Crystal Palace Head Coach, you have so many reason to follow and here at Sports Leo we got you covered in all that coverage, We shall bring you updates, Highlights, Pre match analysis, and Gossips all around the EPL 2021/22 Season.

After fans were restricted from attending their respective Club games due to the Covid-19 last season , this season all measures have been relaxed by the UK Government with supporters expected to be back tonight. Players will now feel the celebration and cheers from their fans something they had missed for almost a year now.

Though the final few weeks of last season saw a small section of fans return to stadiums, the Euros showed the very genuine effect fans can have on their teams. 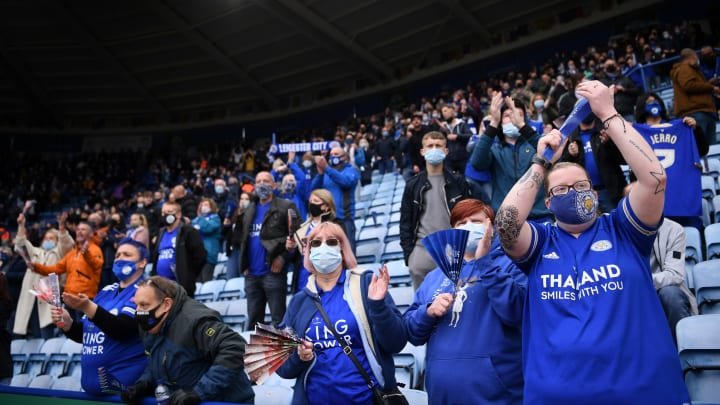 With no restrictions in place, stadiums will be packed to the rafters again, starting on Friday at the Brentford Community Stadium when the Bees make their Premier League debut at home to Arsenal.

Would that occasion be the same without spectators? Of course not. The last full ground in the top-flight was Leicester’s game against Aston Villa on March 9, 2020.

It’s been too long and we cant wait for tonight.

Brentford are ready for this moment and seems the EPL teams are not ready for this, a club with an unusually prudent and statistical approach to their dealings on and off the pitch, the Bees have come close to promotion for years now.

Yet last season Thomas Frank’s side finally reached the promised land, courtesy in the end of a 2-0 play-off final victory against Swansea.

They haven’t gone mad in the transfer market either, with Kristoffer Ajer from Celtic their only major signing, as they look to Ivan Toney and Bryan Mbeumo to score the goals necessary to keep them in the division.

First up they host Arsenal, who seem under pressure before a ball has even been kicked given a poor campaign last time out – could we have a shock straight off the bat? 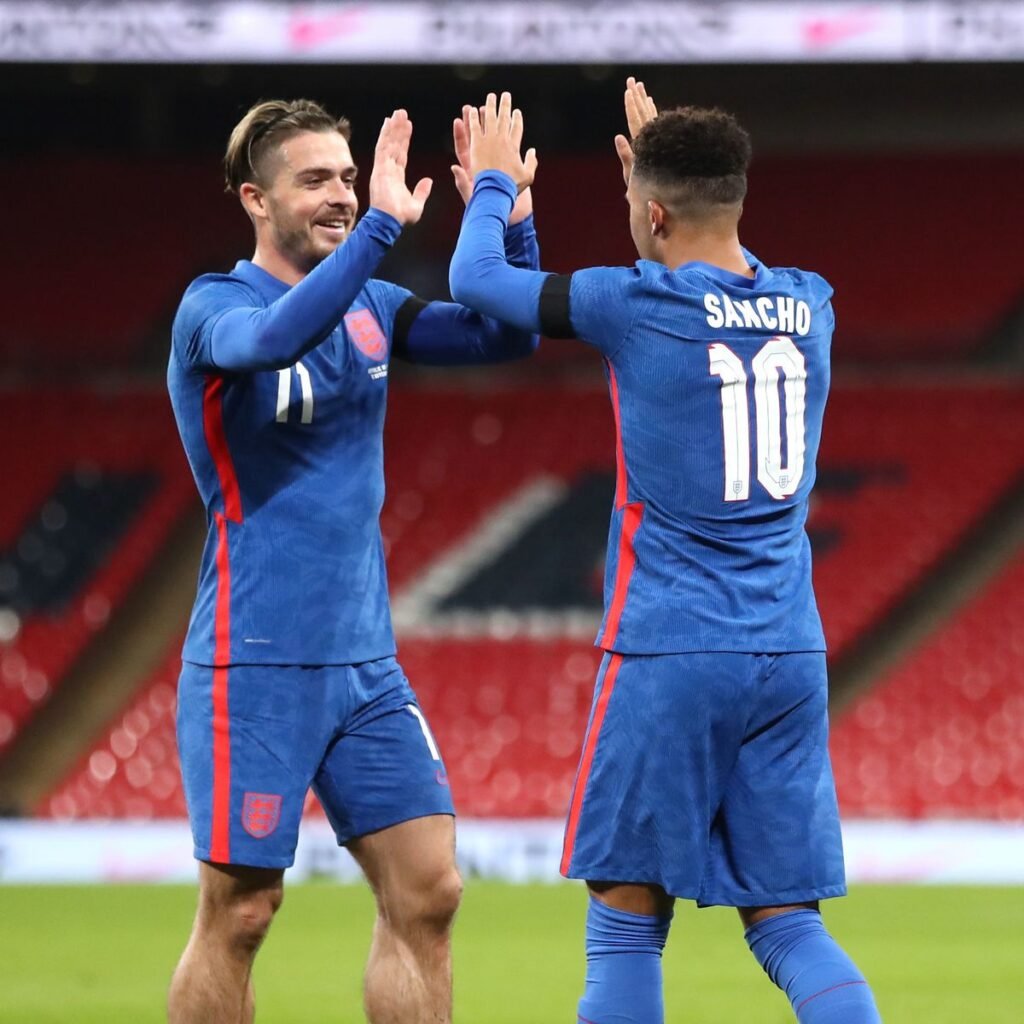 For Jadon Sancho and Manchester United, it was a case of if at first you don’t succeed, try and try and try again. After being pushed back last summer by Borussia Dortmund, Ole Gunnar Solskjaer finally got his man for £73m or $100m a matter of days after Euro 2020 concluded.

Jack Grealish’s £100m or $138m English-record move to champions City took a little longer. But after a summer where he was put on a pedestal as the nation’s great hope, the ex-Aston Villa captain now has a chance to prove his worth at the top level of European football.

Both are exciting, livewire talents who make things happen from out wide. It’ll be fascinating to see how both adapt to their new teams – and which one hits the ground running quickest, starting this weekend.

Harry Kane’s future has been one of the dramas of this summer, with the Euros only delaying a problem which is still unresolved.

The Tottenham captain skipped training last week, though he denies otherwise, and could well feature in Spurs’ season-opener this Sunday.

And who could that be against? Only Manchester City, the team heavily linked with a £150m or $207m-plus move for the England captain after first bid was rejected and they rare optimistic that Spurs will agree their bid.

It could well be fireworks if he does play though.

After Carlo Ancelotti’s somewhat abrupt departure to Real Madrid, Everton’s search for a manager looked to be somewhat futile.

The Spaniard, famous for his six-year stint at Liverpool which included that memorable 2005 Champions League triumph, stunned just about everyone on Merseyside by taking the top job with the Toffees.

And by the look of things, he’ll have to work hard to convince the Goodison faithful he’s the right man for the job. A win at home to Southampton on Saturday would be a good start.

Mikel Arteta is on the wheels for Arsenal in a third consecutive season in charge despite poor performance. While an FA Cup triumph in a Covid-affected 2019-20 cut him some slack for a poor league finish, there was not much excuse in the last campaign and no successful cup run to hide behind. 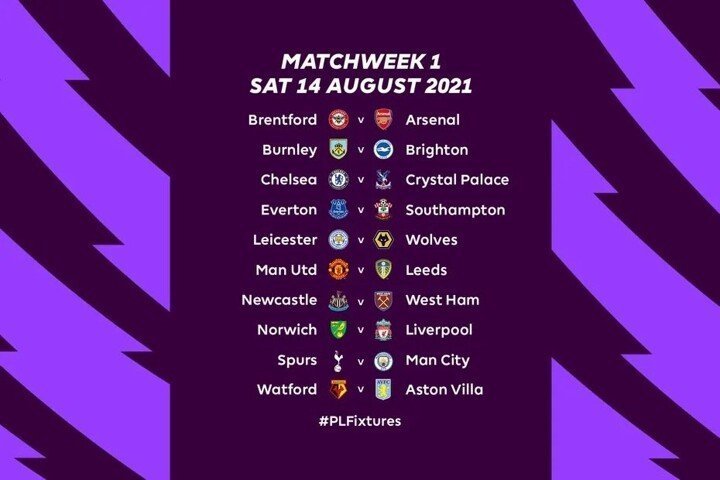 What’s more, this season Arsenal have agreed to be recorded behind the scenes in the Amazon ‘All or Nothing’ series, which chronicled Jose Mourinho’s first season at rivals Tottenham.

If that series is anything to go by, this one could be even more dramatic at the Emirates.

Arteta has a tough start too, with Chelsea, Man City and Spurs in his first six games. It could go some way to setting the tone for the rest of the campaign.

Nine Subs on the Bench – Take Your Pick Gaffer

The Premier League announced this week that they would increase the amount of substitutes available to a manager on a matchday from seven to nine, increasing matchday squads from 18 to 20.

But, unlike European competition where bosses can make five subs, it’ll still only be three in the Premier League, plus two concussion substitutes if needed.

Yet the choice available can only be a good thing as managers look for more ways to change a game.

It’ll likely favor the top teams with bigger squads – but should also present more opportunities to young players on the fringes throughout the league.

There’s always a sense of genuine intrigue when former world class players are handed a crack of the whip in the Premier League – and this season is no different. 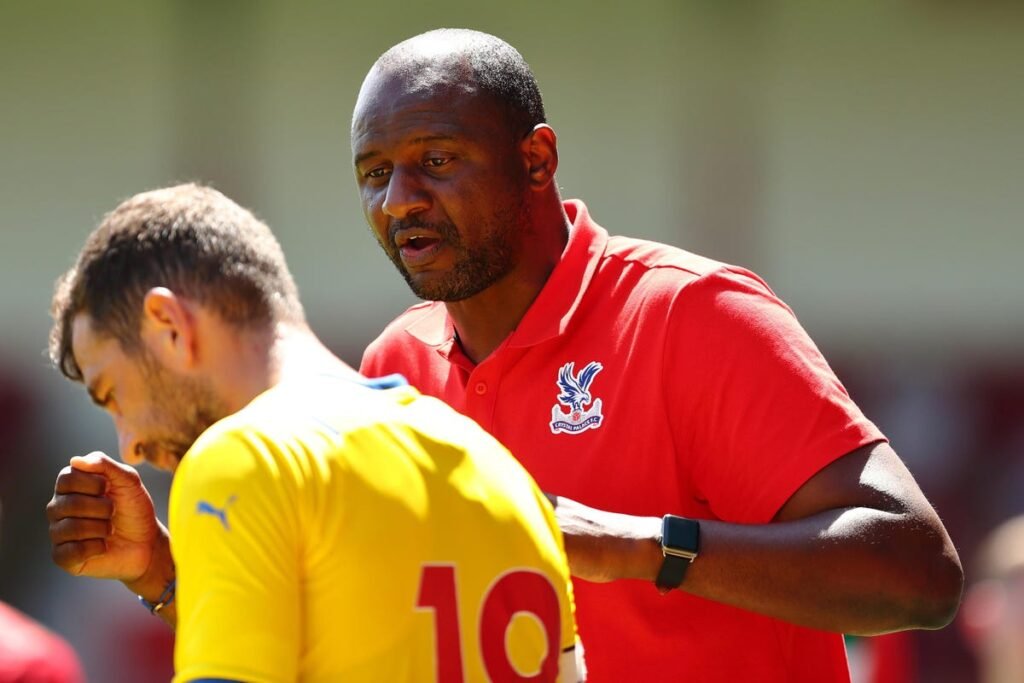 Patrick Vieira’s appointment as Crystal Palace manager took many by surprise and not in a good way. The ex-Arsenal captain’s record in previous jobs at New York City FC and Nice is underwhelming.

Yet he has spent big, signing Centre backs Marc Guehi and Joachim Andersen for a combined outlay of $50m £36.75m, while impressive Chelsea midfielder Conor Gallagher has joined on loan.

Who knows, Vieira might just shock a few onlookers. We wait and see.

Will Chelsea Be A Threat with Lukaku?

Chelsea are flying high at the moment. A stunning end to last season secured them a famous Champions League triumph, while they added another trophy to the cabinet with the UEFA Super Cup on Wednesday night.

Oh, and Romelu Lukaku has already arrived at their dressing room from Intermilan where he won them Serie A title last season. So, can they challenge and maybe even dethrone Manchester City after their sumptuous title triumph last season?

In head-to-head, Chelsea have the edge. But whether they can get maximum points week-in week-out is another attribute altogether.

Thomas Tuchel has assembled a terrific squad now it’s time for them to make history on the domestic front.

Which team do you think will win this Season’s title and who is your young talent that will impress as the season starts today , let us see your pick on the comments section.