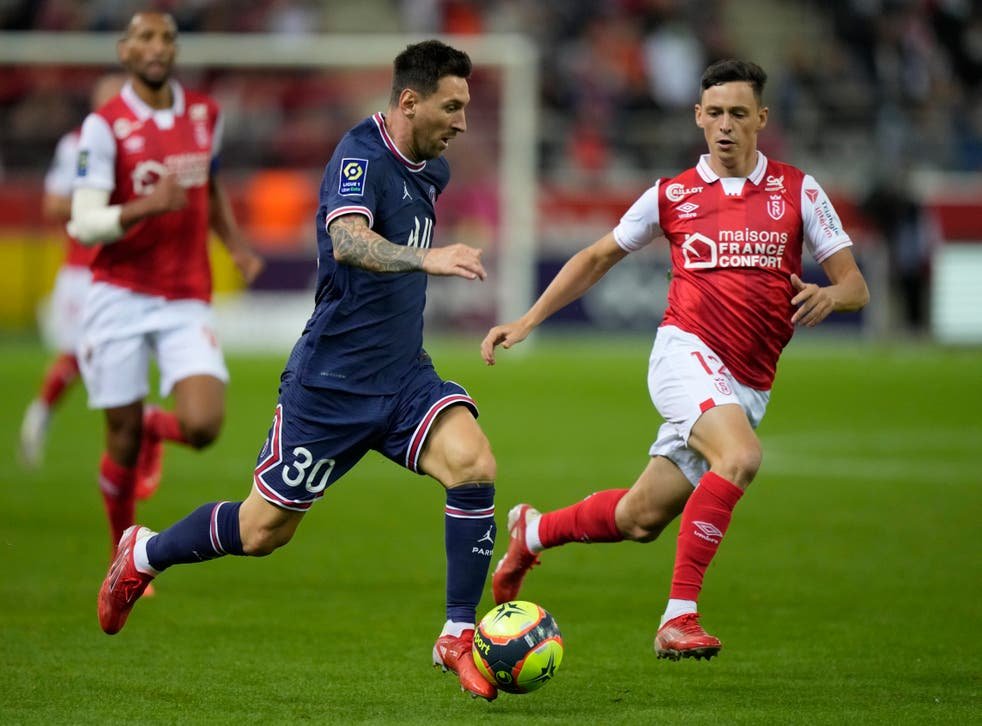 The long and much anticipated Lionel Messi debut was witnessed in the yesterday’s Ligue 1 football match against Reims, after coming  in as a second half substitute replacing his friend Neymar Jr on the 66th minute.

The Argentine was yet to feature for his side despite being signed earlier in the month with coach Mauricio Pochetino earlier insisting that Messi needed more time to rest following is participation in the Copa America.

In a hard to make decision, between who to start among the trio’s of Neymar Jr, Kylian Mbappe and Lionel Messi Mauricio Pochettino had to bench one and that was Leo Messi.

Across the footballing world, everyone was waiting to see what comes out from the man regarded as the Greatest of all time, but it was Kylian Mbappe who stole the night during Messi’s debut securing two goals for PSG in the first half.

Mbappe did not disappoint in a brilliant performance, seemingly unfazed by the transfer frenzy surrounding him.

As Messi warmed up at the start of the second half, some of the excited Stade de Reims fans even joined PSG supporters in calling for Messi’s introduction, but by the time he replaced old Barca teammate Neymar just after the hour mark, PSG had already wrapped up the three points. Messi played some nice passes and was involved in good link-up play, drawing several fouls. However he had few touches in the penalty area and no shooting opportunities.

“He brings serenity to the team. His energy and his optimism trickle down on the rest of the team,” said Pochettino.

One day before the end of August transfer window, Kylian Mbappe [22] made the difference with his speed and sense of timing, opening the scoring with a header and rounding off with a clinical finish.

After a stuttering start, PSG got into their groove and Mbappe put them a head after 15 minutes by heading home from Angel Di Maria’s cross.

PSG somehow got too comfortable and Reims started to apply some pressure, with Moreto Cassama’s superb strike hitting Keylor Navas’s crossbar three minutes before the break.

It was not until after the game when Reims goalkeeper obsessed by Lionel Messi in Ligue 1 Predrag Rajkovic first took advance of Lionel Messi making his Paris Saint Germain Debut and asked the No.30 for a photo with his son. 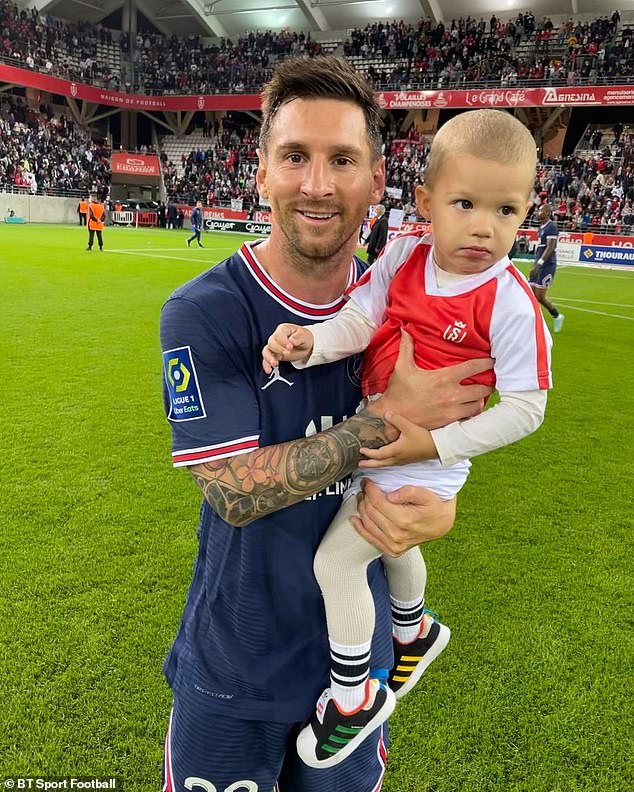 He hurriedly got out of the pitch to the Stadium stands where he got his son and approached Messi for that historic photo, Messi did not decline, after all it was just a photo and the day was made.

Leo Messi left his boyhood Club Barcelona on a free transfer and this marked his first ever Club pulling a different shirt for the first time in his career.

It was also his first match to play after winning Copa America with Argentine in July.

He is Barcelona’s all time goal-scorer with a record 672 goals in 778 appearances for the Club.

He has won six Ballons d’Or – also a record – and is considered one of the greatest footballers ever.

PSG look good, though, and if they can keep Mbappe, Messi and Neymar together, they will be hopeful of at least matching Reims by making a second European final.