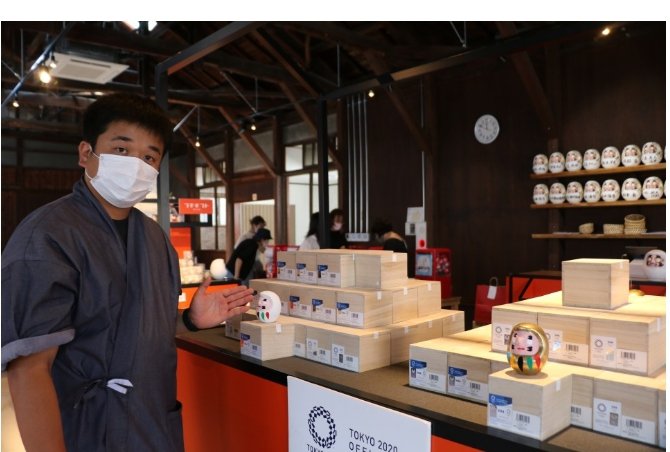 In the unfamiliarity of the grounds in the Tokyo 2020 athletic competition where games are played with no spectators, a traditional craftsman in the northeastern Japan prefecture of Fukushima is hoping to use the global sporting events as an opportunity to showcase a locally produced, centuries-old popular good-luck doll to a broader, international audience.

Speaking to a local outlet Takaaki Watanabe a 14th generation member of craftsman family said that his goal was to increase the number of people who love ‘daruma’ dolls and he hopes that his products would provide opportunities for people around the world to become fans of Japan. 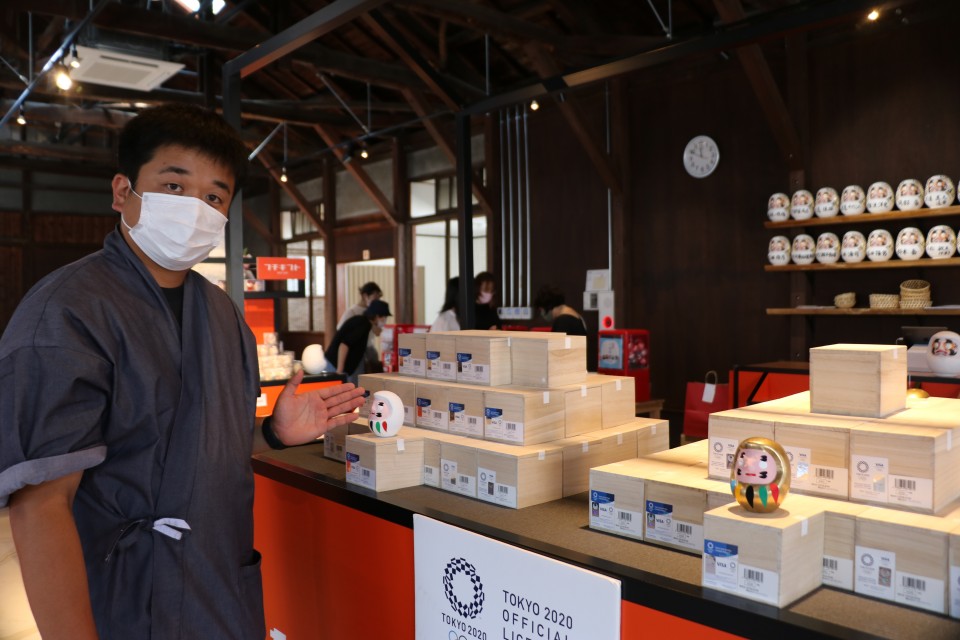 Takaaki Watanabe, a 14th-generation craftsman belonging to a “daruma” doll maker family with about 300 years of history, shows the Tokyo Games versions of Shirakawa daruma dolls at Daruma Land in Shirakawa, Fukushima Prefecture, on July 22, 2021. Photo/Courtesy.

The round-shaped daruma dolls, found throughout Japan, are modeled after the founder of the Zen tradition of Buddhism and cherished as a “lucky item.” The ones made in the city of Shirakawa are considered distinctive as they feature multiple symbols of good fortune.

Pine trees, plums, cranes, turtles and bamboo are all shown on the face of the dolls as symbols of fortune. The hair around the doll’s ears is pine and plums, the eyebrows are cranes, the mustache is a turtle, and the beard is bamboo, said Watanabe.

When traditional craftworks were solicited from Japan’s 47 prefectures as Tokyo 2020 official licensed products, Shirakawa daruma dolls were among them.

Although games organizers eventually decided to bar foreign spectators from the Olympics, Watanabe, 29, sees the games’ potential to draw attention to the host country as well as all the locations hosting the Olympic and Paralympic events.

While most competitions are taking place in Tokyo, some have been held in Fukushima and other northeastern areas as part of efforts to showcase the region’s recovery from the 2011 earthquake-tsunami and nuclear disasters.

“I would like to turn the traditional crafts industry into a growing sector which will be perceived as cool and hip,” said Watanabe, who keeps himself busy at a newly-opened tourist facility in Shirakawa.

As part of efforts to reach out to a wider group of consumers including young people, Watanabe has organized tie-ins with a number of popular virtual characters as well, such as Line Friends of the Line messaging app, producing more than 100 kinds of unique daruma dolls.

With the Tokyo Games initially promoted as the “Recovery Olympics,” several baseball and softball matches including their openers were held at the Fukushima Azuma stadium in the prefecture, albeit behind closed doors to prevent the spread of infections.

His company, Shirakawa Daruma Sohonpo, was flooded with orders in the run-up to 2020 before the games were postponed.

But once the Olympics and Paralympics were put back by a year, the wave of orders suddenly slowed and they have not recovered since, he said.

Initially, Watanabe was planning to sell the products at various events at the ballpark but those events were canceled after the decision was taken to ban spectators. Almost all the competitions at the Olympics have been held behind closed doors.

“We just have to weather the hardships and seize opportunities in the future,” Watanabe said, hoping that people who watched the Summer Games would find the traditional daruma dolls through online stores selling official games merchandize and become fans of Japan as well as its culture.

Shortly before the opening of the Tokyo Games, the company opened Daruma Land, a facility consisting of a workspace, exhibition hall, souvenir store, hands-on workshop space, and outdoor cafe, among other attractions.

Visitors can watch how the dolls are made and experience painting them. They can also play games and buy dolls from a 2-meter tall capsule toy-dispenser machine. 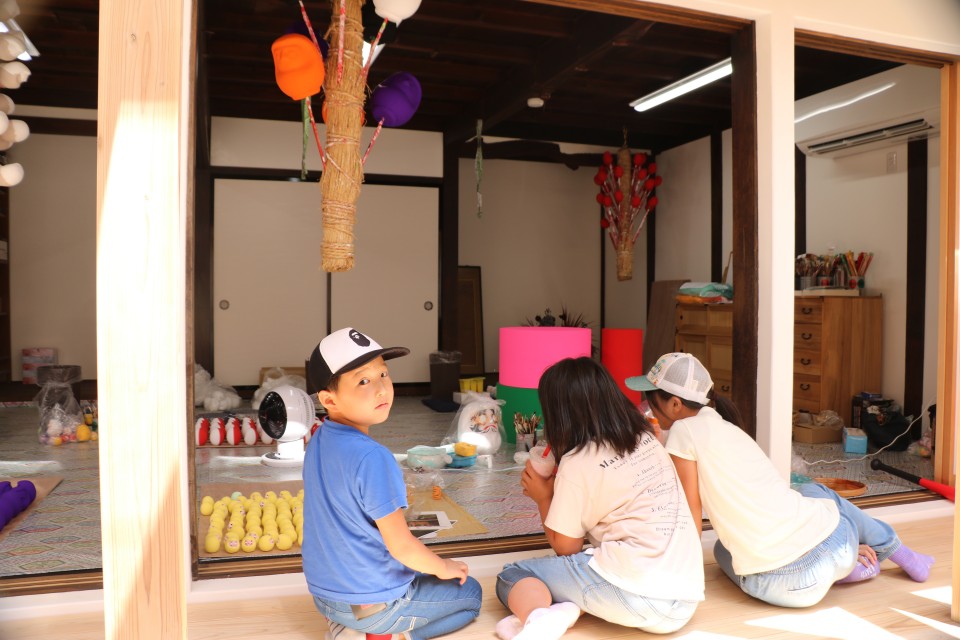 Children take a look at the workspace of Daruma Land in Shirakawa, Fukushima Prefecture, on July 22, 2021.

There is a Japanese idiom “nana korobi yaoki” meaning “fall seven times but get up eight times” often mentioned in reference to daruma dolls, Watanabe said, and he opened his store on July 8, or on the eighth day of the seventh month of the year, with the saying in mind.

The never-give-up mentality associated with daruma dolls overlaps with the spirit of recovery from the nuclear disaster at the Fukushima Daiichi nuclear power plant in the prefecture, Watanabe said.

“The tradition of Shirakawa daruma will continue as long as there are people who want them,” he said.

The Olympic and Paralympic versions of Shirakawa daruma dolls are sold at the Tokyo 2020 official shops.