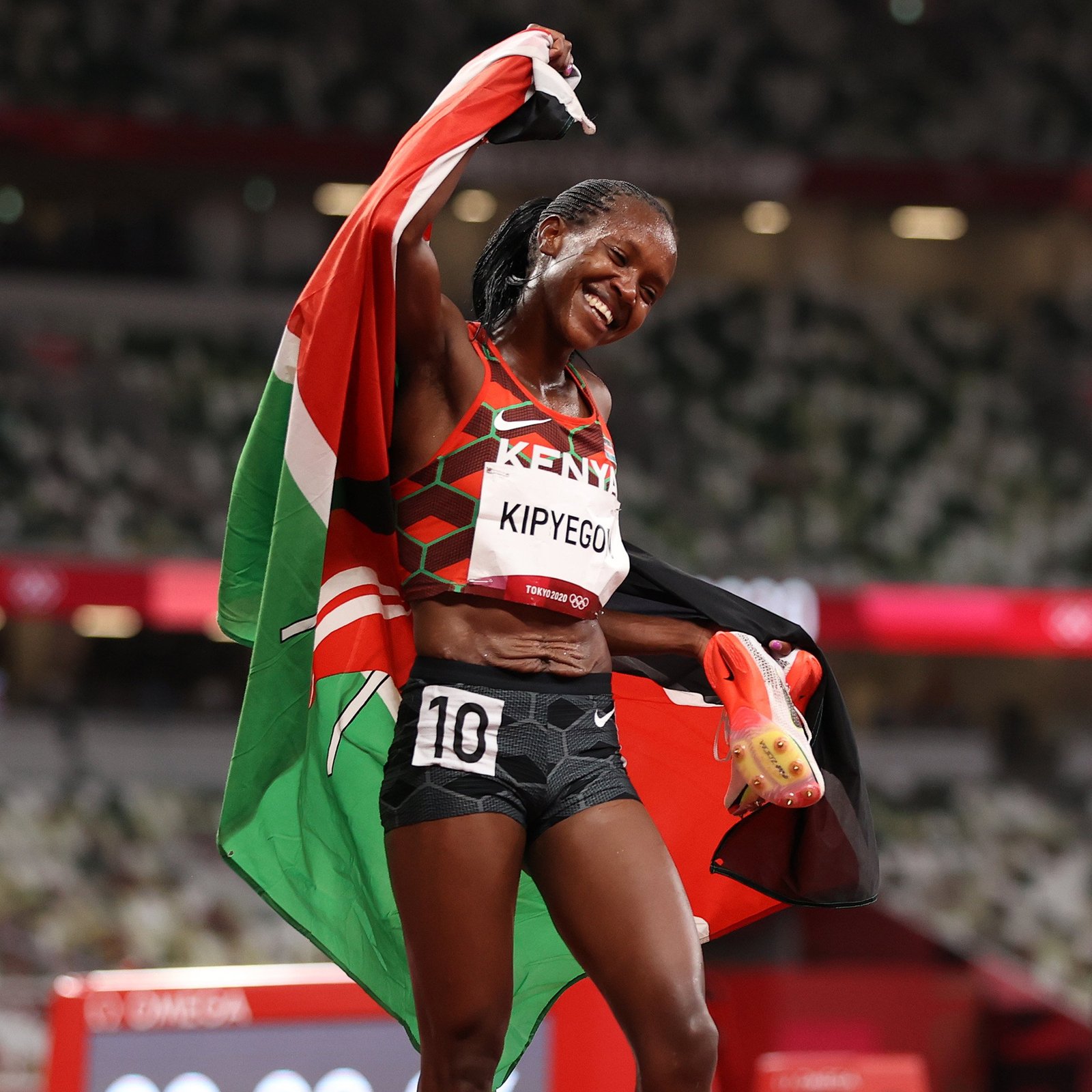 Faith Kipyegon on Friday claimed another Gold medal for Kenya in the women’s 1500m finals at The Tokyo 2020 Olympics In Japan.

Kipyegon clocked 3:53:11 the record that was previously held by Paula Ivan at Seoul in 1988.

The Silver medal was won by Laura Muir of Britain who clocked 3:54.50 while Sifan Hassan won bronze medal. 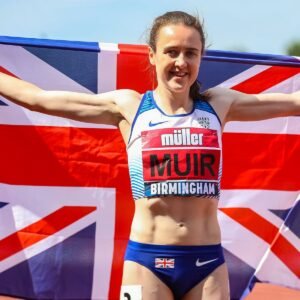 The 27-year-old,Kipyegon earlier on promised her daughter Alyn a gold medal when she went to Tokyo and she did it. Kipyegon became a mother after a break from the game in 2018.

Her latest triumph has made her the only Kenyan athlete to successfully defend the Olympics title from the Rio 2016 team.

She was cited as one of the Top 100 most influential Africans by New African magazine in 2017.

Hassan on her side run at the front almost from the start in the 1,500 when her previous tactics in Tokyo had been to stay at or near the back of the field for most of the race and burst home on the last lap. Hassan won all four of her races in Tokyo before the 1,500m using those tactics and she’s set to compete in the women’s Marathon that is scheduled on Saturday.

The 1500 metres at the Summer Olympics has been contested since the first edition of the multi-sport event. The 1500 m has been present on the Olympic athletics programme since 1896. The women’s event was not introduced until over seventy years later, but it has been a permanent fixture since it was first held in 1972. The Olympic final and the World Athletics Championship final are the most prestigious 1500 m races at an elite level. The competition format comprises three rounds: a heats stage, semi-finals, then a final typically between twelve athletes.

The Olympic records for the event for women, set by Faith Kipyegon in 2021. The 1500 metres world record has been broken several times at the Olympics.

Women’s record was improved in 1972 (three times) and in 1980.
Only two athletes have defended the Olympic 1500 m title: Tatyana Kazankina became the first person to win two gold medals in the event in 1980 (repeating her 1976 win) and, soon after, Sebastian Coe became the first man to do so in 1980 and 1984. No athlete of either sex has won more than two medals. Historically, athletes in this event have also had success in the 800 metres at the Olympics. Kelly Holmes was the last athlete to win both events at the same Olympics in 2004. 2012 1500m gold medalist Taoufik Makhloufi made both podiums without winning gold in 2016.