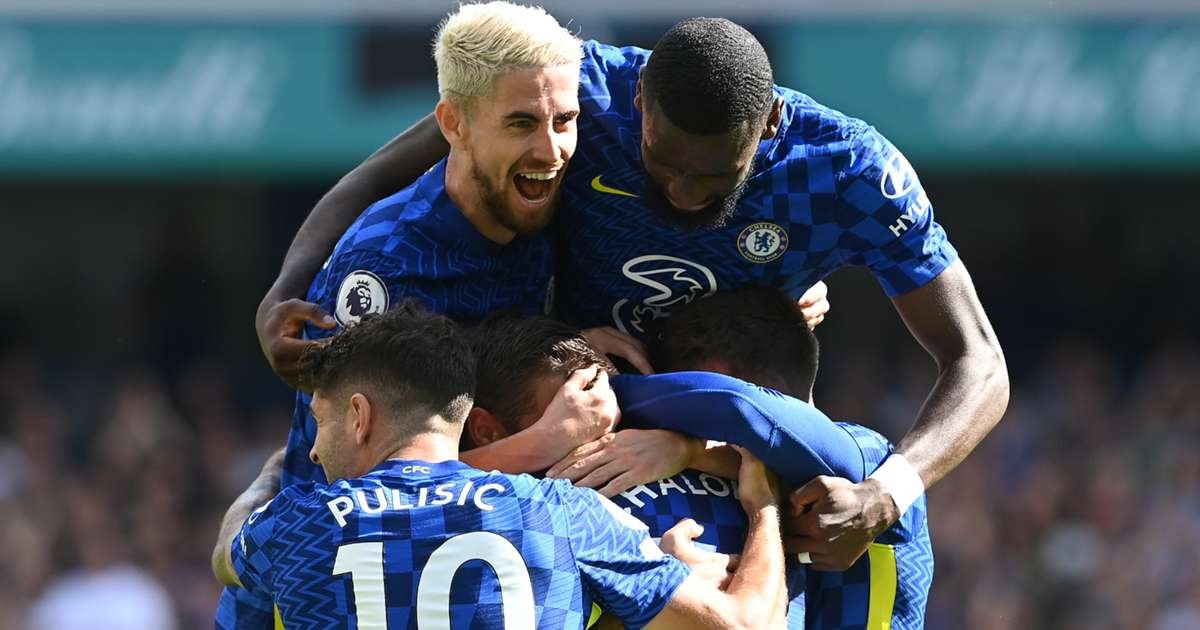 European champions Chelsea started their 2021/2022 Premier League campaign with a routine win against London neighbors Crystal Palace with a 3-0 victory at Stamford Bridge.

Chelsea manager, Thomas Tuchel made five changes to the squad that started against Villarreal, with injured Hakim Ziyech who scored in the super cup, Kai Havertz, Callum Hudson-Odoi, Ng’olo Kante (also injured), and Kurt Zouma all missing from the starting eleven.

Christian Pulisic, who was brought on in place for Kai Havertz scored for the blues once again against Palace to add to Marcos Alonso’s 27th-minute opener via a stunning free-kick.

Crystal Palace’s first match for Patrick Vieira in charge, went from bad to worse when Trevor Chalobah fired in a stunner to mark his Premier League debut for the blues a successful one to put Chelsea three goals up and give the returning fans to the bridge every reason to celebrate.

Goal scorers Alonso and Pulisic combined early on as the latter glanced a header on target for Vicente Guaita to keep out.

Mason Mount also tested Guaita from a free-kick, but the Palace shot-stopper could not get anywhere close to Alonso’s curling shot. The wing backfired into the back of the net from 25 yards to be Chelsea’s first goal scorer of the Premier League season 2021/2022. 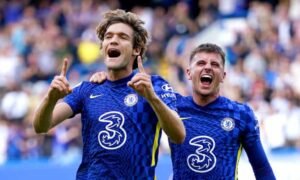 Alonso’s goal was Chelsea’s 50th direct free-kick goal in the Premier League and only rivals Manchester United have more, with the reds scoring 64 times from a free-kick, and they deservedly doubled their lead in the 40th minute through Pulisic.

Guaita spilled Mount’s low cross from the right and Pulisic took full advantage of the loose ball and fired home from a close range to put Chelsea 2-0 up.

Chelsea did not reduce the pressure on the eagles and had a third goal before the hour mark thanks to academy graduate Chalobah’s long-range attempt that went in off the left-hand post leaving Guaita helpless. 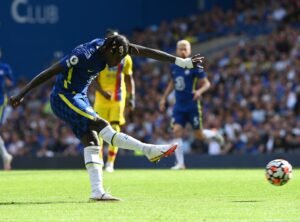 The blues continued to press on the Palace defense but could not find the fourth one but Tuchel was already impressed with his side having collected all the three points and furthermore a clean sheet, which is the first one in five matches, well stretching into the end of last season.

Winger Pulisic surely loves to play against Palace as his goal makes it five goals in five matches against the eagles amounting to 36% of his Premier League goals of the 14 he has in the EPL.

Chelsea has now won eight matches in a row against Crystal Palace and this was a good start by the blues in a season they are regarded as one of the favorites to win the Premier League title.

New signing striker Romelu Lukaku did not feature and is expected to be in contention for match week two.

Chelsea will travel to city rivals Arsenal on Sunday, August 22, 2021. Arsenal lost their opening fixture on Friday against newly-promoted Brentford. Palace on their side will face Brentford next Saturday at Selhurst Park.