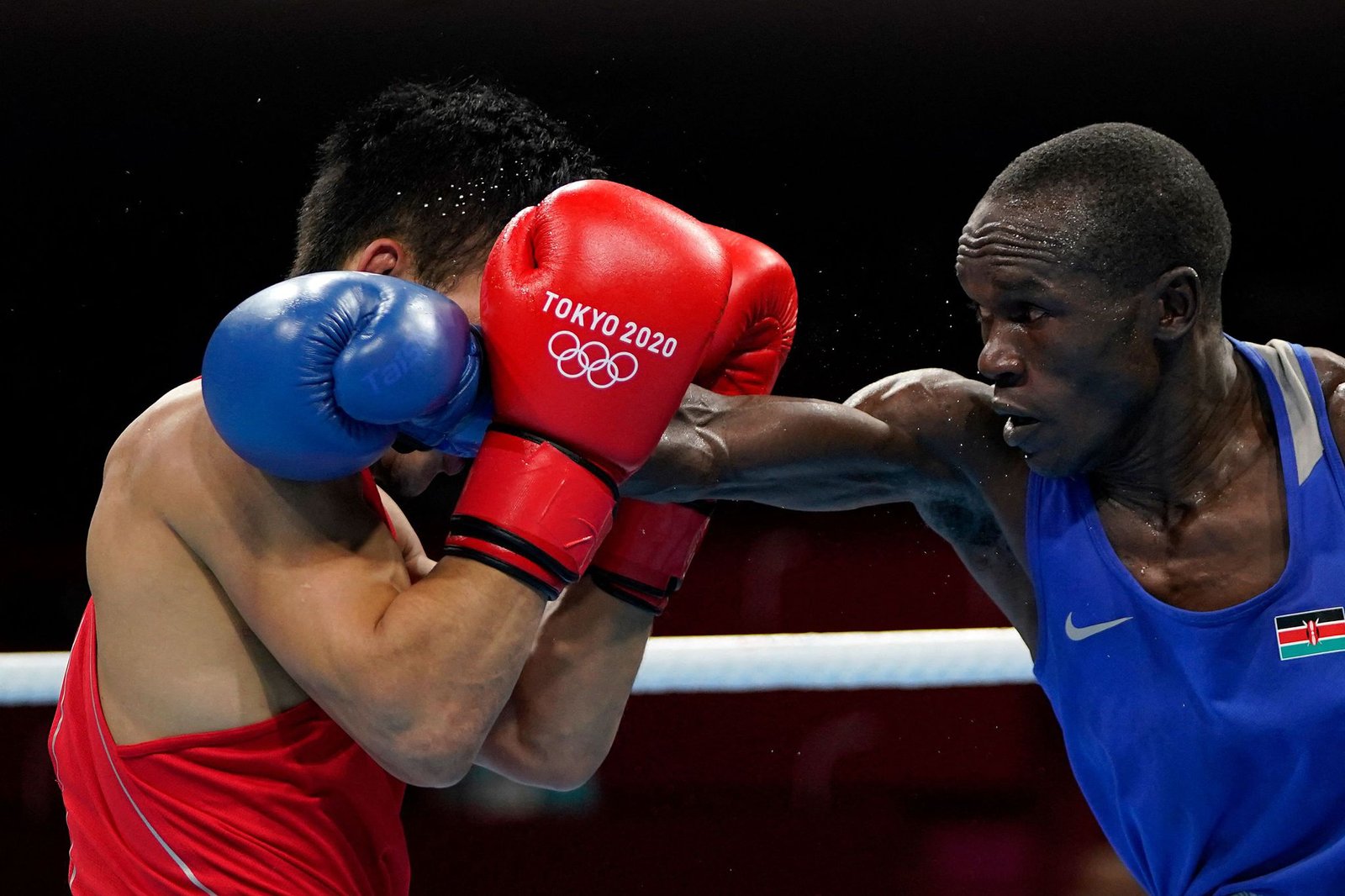 The first two Kenyan athletes to enter into the fray at the Tokyo Olympic Games, Christine Ongare and captain Nick ‘Commander’ Okoth have both been eliminated after losing their preliminary bouts in the Japanese capital.

Okoth lost out to Mongolian Erdenebat Tsendbaatar in their round of 32 featherweight duel on Saturday while Ongare was beaten by Irish Magno from the Philippines on a unanimous decision early Sunday morning.

Okoth was the first Kenyan boxer to step on the Canvas on Saturday and had high hopes of progressing to the round of 16 against an opponent he said he had done good homework on.

He started a bit slow and the Mongolian took advantage, claiming the opening round with a 3-2 score from the five-judge bench. Okoth however came back better in the second round and reversed the score, three of the judges carding him for 10 while two carded him for nine.

But the third set once again swung in favour of the Mongolian who scored 3-2, with Kenya’s coach Benjamin Musa saying it was an unfair decision as his boxer had clearly dominated the fight.

“Elimination is only good when it is done by the opponent but when it is poor officiating, we feel a bit dejected,” Coach Benjamin Musa said after the bout.

Okoth was emotional and came to tears as the realization that he would not advance dawned on him. 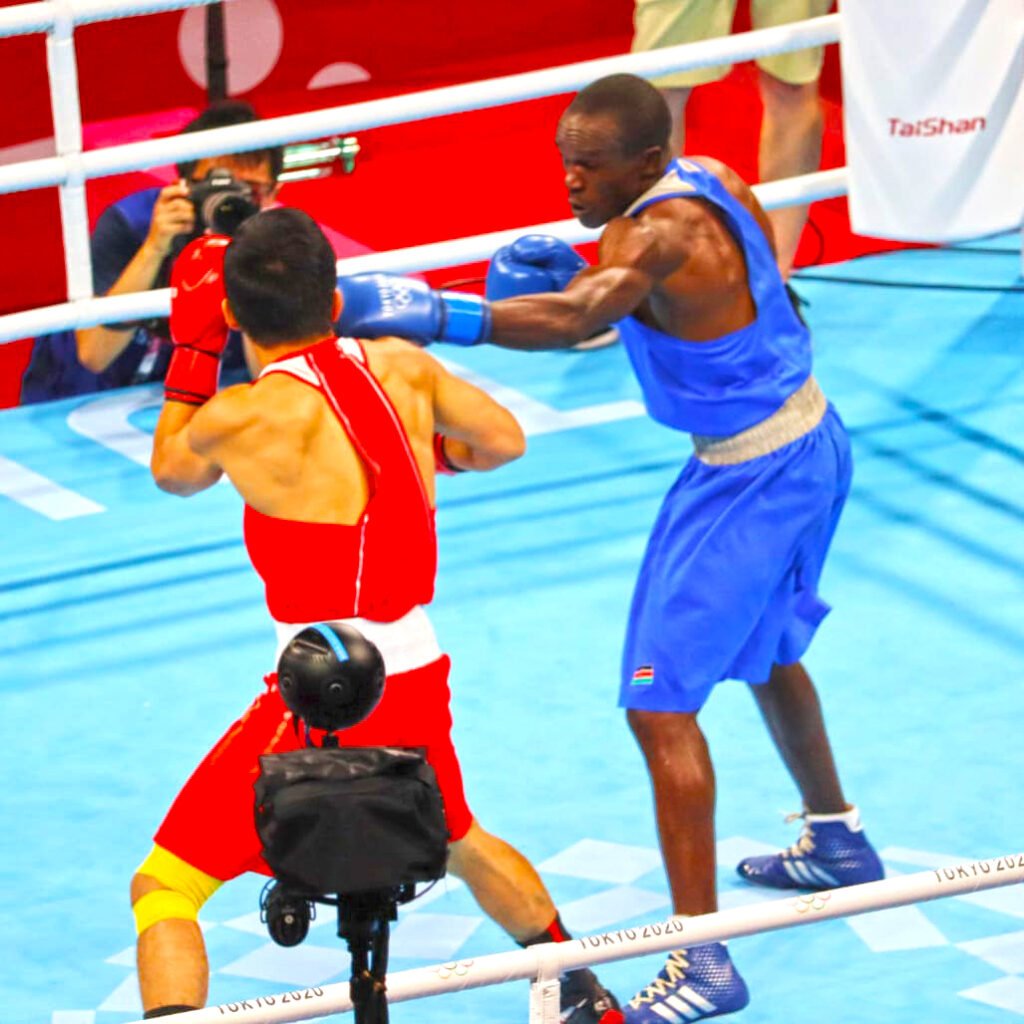 Nick Okoth in action against his Mongolian opponent

“I knew this was my last Olympics and I had come here to do my best and get something, but it is what it is. I am sorry to my fans,” Okoth said as he battled to hold back tears.

He added; “I have tried my best. I had watched him before and I knew that he is a guy who loves to punch a lot in the first round. After the opening round my coach told me that I needed to do better and I did so. I controlled the fight in the second and third round and even after, I knew that I had won. But it is what it is, the judges said that I lost and that is the result,” a dejected Okoth further stated.

His sentiments were echoed by coach Musa who said the Kenyan skipper dominated the fight in the second and third rounds and should have easily won, were the judges fairer in their judgement.

“Nick dominated because he threw the most quality punches and he showed competitiveness. I fail to understand what happened for him to lose that fight because all three scoring criteria were right there and we showed them. It is a bit surprising the result did not go away,” added the coach.

He said the fact that the Boxing Task Force does not allow protests as is stipulated in AIBA rules makes it more complicated, but remains optimistic that one of the four Kenyans will do well.

Meanwhile in the Sunday morning fight, Ongare was beaten by unanimous decision with her Philipino opponent carding a maximum 10 from all the five judges in the three rounds of the fight.