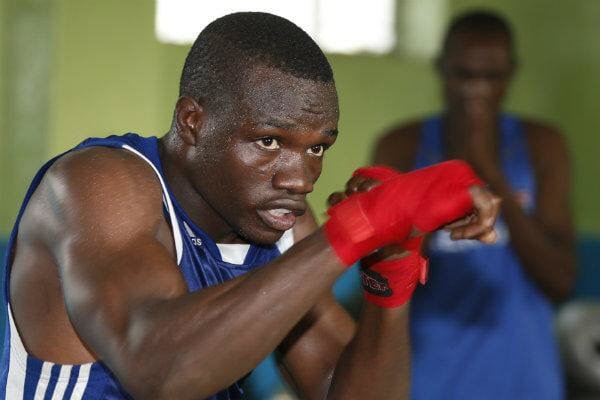 Okwiri is a 2016 Rio Olympics quarter-finalist. He is serving his managerial contract with Raynelo Management lasting five years. Raynelo is a partner with Reyes Boxing Inc.

He was in Kenya for the better part of the year but flew to the US in May this year for elaborate training before the August debacle.

After jetting out in May, he made the first stop to Mexico where he flexed his boxing wit with Namibia’s boxing champion Walter Kautondokwa.

He then proceeded to Boston for more physical and conditional training at the sparring camp.

Just before the Saturday fight, Okwiri expressed optimism in clinching victory citing that he has trained well. But, extremely hot weather in Cancun, Mexico was a big challenge.

“I liked the physical conditioning camp in Mexico but the hot weather was not favourable for my training. In Boston everything is okay. Promoter Michael has taken good care me, I’m living very well like a champion, I thank Mike for all this and I promise not to let him down on Saturday,” he maintains.

With Munoz’s winning streak, Okwiri is not worried at all. He adds that he trained hard enough and hopes to use this against his Columbian opponent who he cast aspersions on in lasting for eight rounds of the fight.

“I’m not bothered by my opponent, he won’t last eight rounds because I’m in good shape now,” he exuded. 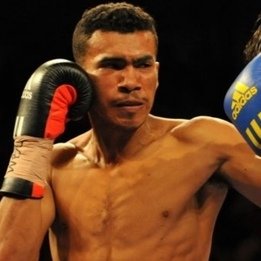 Reyes says Okwiri is tight for the game, adding that he showed tremendous progress in his training.

“Rayton has been improving every day. He has learned to sit down on his punches and is going hard in sparring.”

“Based on the current middleweight breakdown with great champion I believe Rayton will be in the mix and a top ten in the world by this time next year,” Reyes opines.

The Kenyan boxing champion has more fights in waiting in East Africa.

His last fight was in December 2019, when he fought Democratic Republic of Congo (DRC) Augustine Matata in a 10-round fight.

He won the fight held at Nairobi’s Charter Hall.