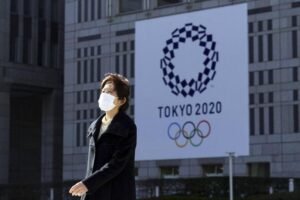 The Tokyo 2020 Olympics confirmed having been informed about the four individuals. The four are said to have been contracted by Tokyo 2020 for power supply for the event operations.

It’s reported that they were drinking at a bar in Tokyo’s entertainment district of Roppongi, where one of them allegedly intruded into an apartment complex, leading to police questioning and arrests. The four men denied the police allegations, but they tested positive for cocaine, NHK said.

Tokyo police confirmed on Tuesday they had arrested two US and two British citizens earlier this month on allegations of having “ingested cocaine” in violation of drug laws.

This has also raised the concerns of Japan’s drugs law and they are now strict on all the drug abuse cases that might arise.

Japan’s big concern and attention is now on the Tokyo 2020 guests, Athletes,media and other international guests arriving in the country for the upcoming Tokyo 2020 Olympic games that are set to kick off on July 23.

The country has also restricted unnecessary moments to strictly adhere to covid-19 protocols.