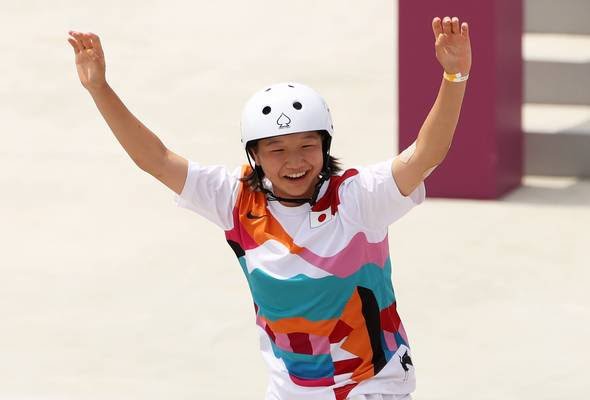 Skateboarder Momiji Nishiya from Japan has become the recent youngest Gold medal winner after she won the womens Street Skateboarding on Monday at Ariake Urban Sports Park with a score of 15.26.

Nishiya, 13 finished ahead of Brazil’s Rayssa Leal who at 13 years and 203 days could have become the youngest individual Olympic.

Rayssa Leal won the silver with a score of 14.64, Making Brazil’s second silver in skateboarding after Brazilian Kelvin Hoefler won another silver medal on Sunday in the men’s event.

Funa Nakayama, 16 also from Japan was awarded the Bronze medal after finishing at the third position while Alexis Sabkone from the United States finished in the fourth position.

According to International Olympics Committee One of the reasons people were so thrilled about skateboarding being included on the Olympic programme was the youthful excitement it would bring to the Games. Now with 13-year-old gold and silver medallists, that youth has proven its ability to shine in ways few could have predicted on the greatest sporting stage of all.

Nishiya competed at the 2019 Summer X Games in the women’s street event where she scored 90.00 and won a silver medal.

Nishiya competed at the 2021 Street Skateboarding world championship where she scored 14.17 and won the silver medal.

The 2020 summer Olympics in women’s street Skateboarding is her recent victory as she scored 15.26 ahead of A Brazilian Rayssa Leal who scored 14.64.