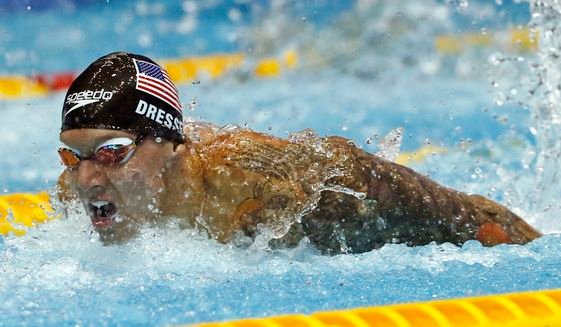 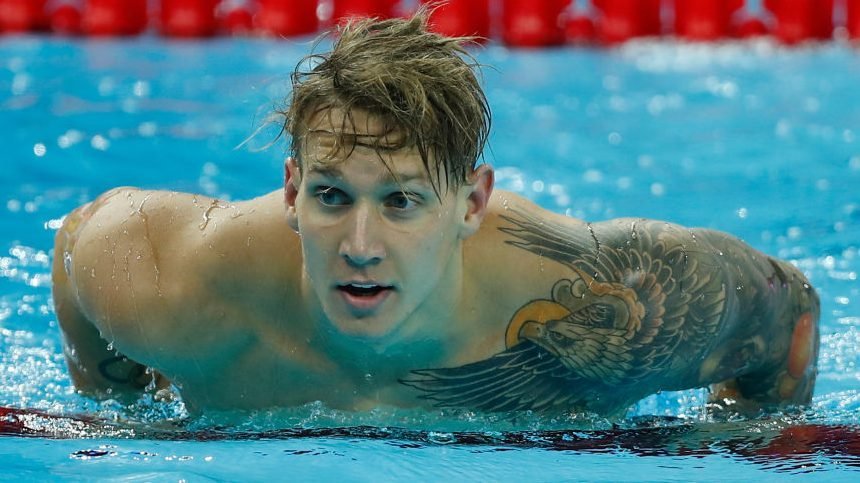 It was a boost for the Americans after a historic gold win by swimmer Caeleb Dressel. Dressel set an Olympic record after he won men’s 100m freestyle.

Caeleb Dressel achieved that with a time of 47.02 seconds, to claim his second gold medal at the Tokyo Olympics.

Without a doubt, Dressel is a force to be reckoned with. The 24-year-old champ got the Americans all happy for his win. He set an Olympic record and the fifth-fastest all-time.

Dressel outshined his Australian rival dubbed Kyle Chalmers who clocked a time of 47.08. Additionally, the Russian Olympic Committee’s Kliment Kolesnikov was the third. He clocked 47.44.

Caeleb Dressel could not hide his joy after he emerged as the winner. He looked at the scoreboard in amazement as his fellow competitors congratulated him.

On the other hand, China bagged a gold medal in women’s 4x200m freestyle. They clocked a world-record time of seven minutes 40.33 seconds.

The Tokyo Olympics are going on while every team and the single athlete is looking forward to a good performance.

Unfortunately, it was a loss to team Great Britain as the Commonwealth champion James Wilby missed to clinch victory in the men’s 200m breaststroke. He, therefore, missed the gold medal.

Wilby was interestingly the second-fastest in the semi-final. He has an impressive start only to fade towards the final.

Moreover, Australia’s Zac Stubblety-Cook won the race with a time of 2:06.38. He broke an Olympic record, something that was very interesting to the Australians.

Zac finalized the race ahead of Netherlands’ Arno Kamminga as well as Finland’s Matti Mattsson.

While speaking to BBC Sport, Wilby expressed his disappointment saying that it both hurts physically and mentally.

“The result is what it is. It is hard – the way I swim it has to be a perfect balancing act and if I am off ever so slightly it really pays off in a bad way,” he said.

Back to the historic win of Caeleb Dressel, the iconic swimmer claimed his second gold medal of the games.

This is after he won his first gold as part of the United States’ 4x100m relay. It is Caeleb Dressel’s hope that he finishes the Olympics as one of the most successful swimmers, more so at an individual level.

He is intending to bag four more medals, in the remaining 100m butterfly, 50m and two relays; medley and mixed medley.

If at all Dressel will achieve that, he will mark the third swimmer to achieve that in Olympic history. This is because only two swimmers have been in a position to achieve such.

One of them is Michael Phelps who bagged eight medals in Beijing in the year 2008. Mark Spitz was the other one with seven medals in Munich in the year 1972.

Speaking to the BBC after his historic win, Caeleb Dressel expressed himself and this is what he had to say;

“There’s been a lot of pressure on me. There’s nothing wrong with pressure but there is with stress. I handled it well and I am happy.”

On the other hand, Dressel’s United States teammate Robert Finke won a surprise gold. That was in the men’s 800m freestyle final.

He outshined world champion Gregorio Paltrinieri who bagged the silver medal by 0.24secs, while Mykhailo Romanchuk took the bronze medal. 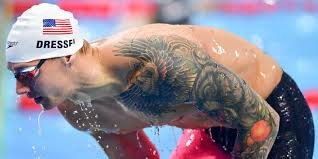 Caeleb Dressel has had a successful career in swimming and has made several achievements.

The swimming icon currently represents the Cali Condors, which is part of the International Swimming League.

At the 2017 World Aquatics Championships in Budapest, he made an impressive performance.

Dressel is as well the current holder of the world records in the 10-meter butterfly in both long course and short course.