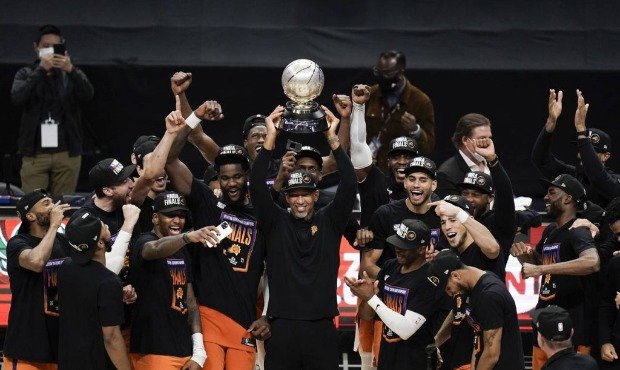 Chris Paul produced a staggering man-of-the-match performance as the Phoenix Suns beat the LA Clippers 130-103 to send his team to the NBA Finals for the first time in 28 years on Wednesday night.

Suns won the game to close the western conference finals on game six. This is Phoenix Sun’s third NBA Finals in their franchise history.

Chris Paul scored 41 points and youngster Devin Booker added another 22 points to make the game out of the reach for the ambitious LA Clippers who proved tough from Game one of the western conference finals series. 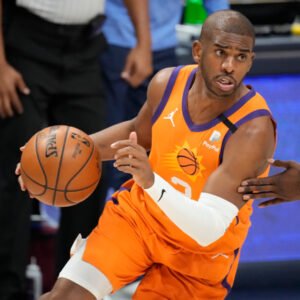 Chris Paul scored a record 41 points in Game 6 of the western conference finals against the LA Clippers
PHOTO: Courtesy

The suns will now have to wait a little bit to know their rival in the NBA Finals as the Eastern Conference Finals is still at a 2-2 tie between Atlanta Hawks and Milwaukee Bucks.

Paul has reached the NBA finals for the first time in his 16-year career crushing the LA Clippers the same team he played for a period of six seasons that came to an end in 2017. He punished his former team by scoring a career playoffs record of 41-points.

The last time the Suns played in the NBA Finals is in 1993 when they lost to the then unstoppable Chicago Bulls. The only other time they have played in the highest basketball stage match in the world is in 1976 which they again fell to Boston Celtics.

This year, the ambitious Suns knocked out defending champions LA Lakers, and the NBA Finals was surely inevitable with players like Devin Booker and  Chris Paul with the form they have had this offseason.

The Suns extended their lead to 17 points in the third, dulling the crowd at Staples Center. Five different players scored, highlighted by Jae Crowderthe fifth 3-pointer and Booker’s dunk. Crowder managed 19 points in the match while Deandre Ayton had 16 points and 17 rebounds. 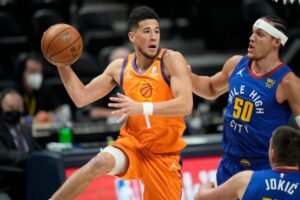 Clippers in the third quarter briefly reinstated their hopes by a 10-0 run that brought them to a gap of only seven points, being 89-82 down, but Paul closed on his own 8-0 streak, including two 3-pointers, which sent the Suns into the fourth quarter with a 97-83 lead.