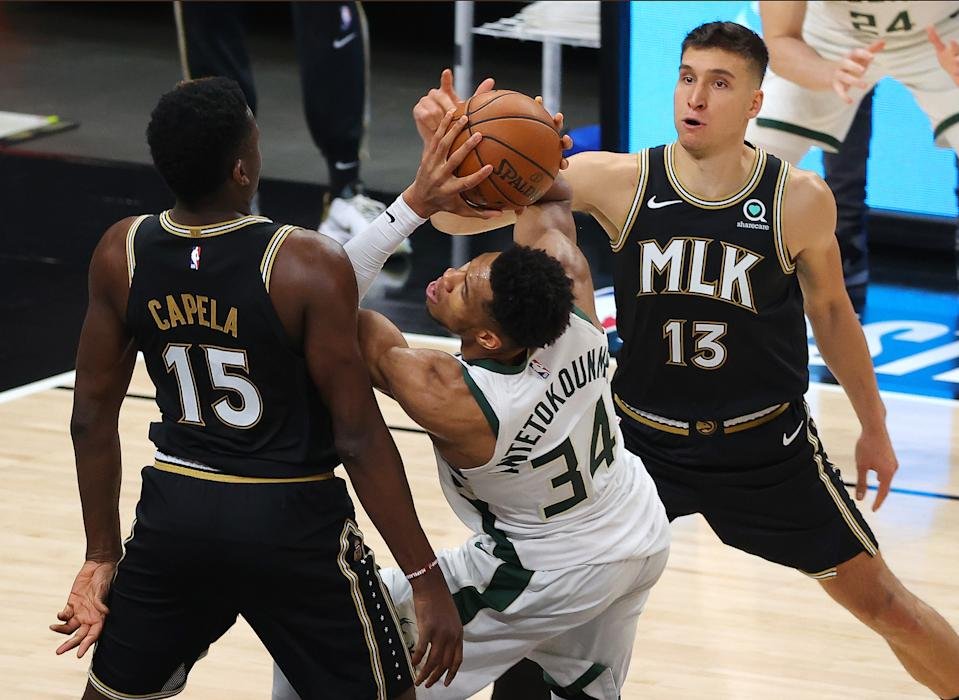 The Atlanta Hawks have leveled their Eastern Conference Finals series with the Milwaukee Bucks at two games apiece after defeating them 110-88 at their home arena State Farm Arena on Tuesday night.

In front of their home crowd, the Hawks dominated all four quarters in a match that was forced to stop for a few minutes as Bucks star forward Giannis Antetokounmpo departed the game with a left knee hyperextension in the third quarter.

At the time of Antetokounmpo’s injury, the Hawks were leading 62-52 almost halfway into the third quarter. 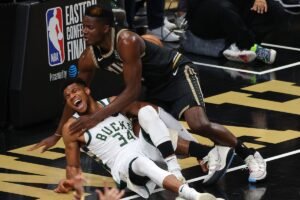 Bucks’ Giannis Antetokounmpo (34) when he injured his knee on Tuesday night.
PHOTO: Courtesy

After the match Bucks coach Mike Budenholzer commented on the injury saying, “We’ll see how he is tomorrow, we’ll take everything as it comes. We’ll evaluate it. We’ve got a heck of a team, a heck of a roster.”

Despite missing their star player in Trae Young who was ruled out 45 minutes before kick-off after twisting his ankle sustaining a bone bruise, the young Hawks team came together to keep the dream alive in the season’s biggest game. Lou Williams came off the bench to produce a man-of-the-match performance scoring 21 points on a 7/9 shooting to bag eight assists and just one turnover. 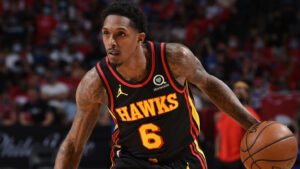 Bogdan Bogdanovic also had his highlights managing 20 points on 6/3 shooting.

“I knew about an hour before this game that I was going to start, when they said Trae was out, so I just had to refocus my energy, put on a different hat, and get ready for the game,” Williams said after his MVP performance.

The 34-year-old went on to say, “everybody played with confidence. Everybody played at a high level, going back to Milwaukee, we’re going to have to bottle it up and take it with us.”

Game five will be played on Thursday night in Milwaukee and the tie is promising to be a tough one.