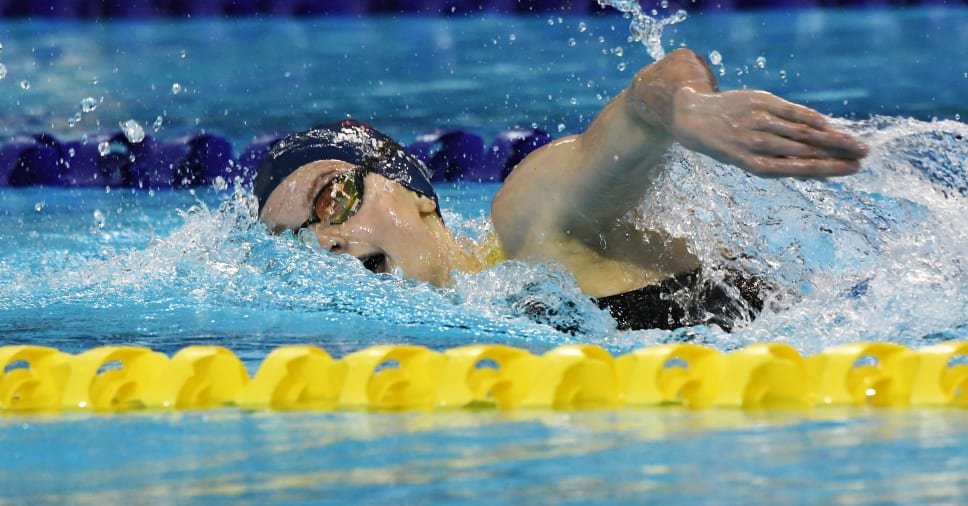 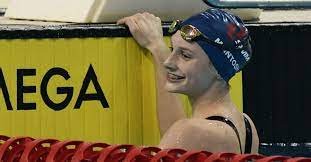 Summer McIntosh is a Canadian competitive swimmer, who has qualified for the Tokyo Olympics. She was born on 18th August 2006.

Despite her young age, Summer will be one of those who will take part in swimming at the upcoming Tokyo Olympics.

She is the daughter of the former Canadian Olympic team swimmer Jill Horsetead.

The father swam for Canada in the 1984 Olympics in Athens. Therefore, it is safe to say that swimming runs in the family.

The swimming sensation won the 200 m freestyle event. That was a part of the 2021 Canadian Olympic swimming trials in Toronto. She clocked a time of 1:56.19.

Interestingly, that was the fastest time ever marked by a 14-year-old swimmer worldwide. That was the tournament that made her qualify for the 2021 Summer Olympics in Tokyo.

McIntosh followed this up with a win in the 800 m freestyle event, in another personal best time of 8:29.49

After an initial postponement of dates, the 2021 Canadian Olympic Trials are currently taking place at the Pan Am Sports Centre in Toronto.

There are a lot of events to be held as the meet is scheduled for five days. One athlete who stood out during the first three days was 14-year-old Summer McIntosh.

The swimming sensation has amused many as at her tender age she will compete in the much-hyped Tokyo Olympics.

Many Olympians have therefore viewed her as a force to reckon with. They aspire to watch her excel in Tokyo.

Having lined up with the reigning Olympic champion Penny Oleksiak, Summer did her best. That was in the 200m freestyle finals.

McIntosh defied all the odds and thus finished ahead of Oleksiak, who is 21 years old. The Canadian Swimmer clocked a time of 1:56.19 in the 14 & under age group.

Penny had some feedback to give regarding the competition with McIntosh. This is what she had to say;

“I love Summer. I hate training with Summer,” Oleksiak lauded McIntosh. “She does not die. She’s 14 so she doesn’t get a lot of lactic acids so every time I train with her, I know she has the gas on and it’s all gas, no brakes with her.

It is not an easy thing to get praise from an Olympic guru or gold medalist per se. Thus, that was a strong win for the competitive McIntosh. All eyes will definitely be on the 14-year-old swimmer.

Having expressed high hopes of winning the feat, Summer will also compete in the 800 freestyle at the Olympics.

What many people do not know is that McIntosh is the second-fastest Canadian woman to have swum the 200m free.

The swimming sensation is as well regarded by many after she topped the charts at the Canadian Olympic Swimming Trials. 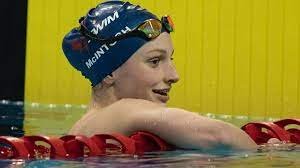 “McIntosh got off to a blistering start, but a fade towards the end caused her time and she finished at 8:29.48. Katrina Bellio finished second, but her 8:38.12 time was nowhere near that of the 14-year-old swimmer from Toronto.”

The Canadian swimming starlet posted three Olympic A Cut times in a whopping three trials. That was the 200 freestyle, 400 and 800 freestyle. That was celebrated and hailed by many.

After that, Summer McIntosh had this to say;

The greatest challenge is that she will face the renowned swimmer and Katie Ledecky. Ledecky is one of the few athletes that are expected to raise the American flag high, with several gold medals.

However, the 14-year-old swimmer has a chance to win gold medals.

The Tokyo Olympics were postponed from 2020 due to the strike of the COVID-19 pandemic which caused a standstill in the whole world.

They are set to begin on the 23rd of July 2021 and end on the 8th of August. However, the audience/spectators are limited to watch the Olympics via TV to avoid the spread of the virus.

In preparation for the games, Tokyo Governor Yuriko Koike has affirmed that the medical sector is well prepared.