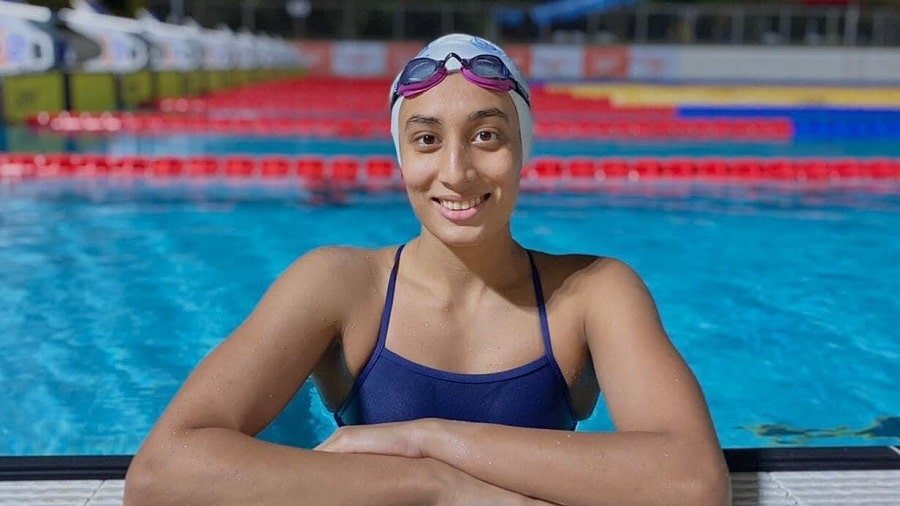 Maana Patel is an Indian backstroke swimmer. She was born on 18th Match 2000, in Ahmedabad, Gujarat, India.

That was achieved through the university quota which was confirmed Sports Authority of India (SAI) recently.

However, Maana will be the third Indian swimmer who will take part in Tokyo 2020. That is because of an earlier qualification of Srihari Nataraj and Sajan Prakash. The two earned an automatic qualification for the Olympics.

Sajan Prakash became the first Indian male swimmer to qualify for the upcoming Olympics. That was after he clocked 1:56:38 in men’s 200m butterfly at the Sette Colli Trophy.

The qualification cut was set to be 1:56:48. Later after Sajan’s qualification, Srihari Nataraj emerged as the second Indian male swimmer to qualify for the event. He clocked 53.77 seconds in the 100m backstroke event.

That was at the Settecolli Swim Meet in Rome. The Olympic qualification time (A time) for the 100m Backstroke event was set at 53.85 seconds.

The Swimming Federation of India (SFI) announced Maana Patel had succeeded as one of their nominations for the University Places for the Olympics Games Tokyo 2020.

That was a win for the 21-year-old sensational swimmer. The nominations, therefore, were communicated to FINA, through the Indian Olympic Association (IOA). 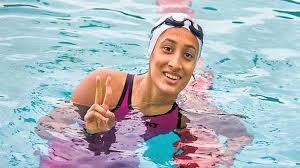 The swimming starlet Maana Patel amazingly started swimming at the age of seven.

It is reported that when she was 13, she clocked 2:23.41s in the 200m backstrokes at 40th Junior National Aquatics Championship in Hyderabad.

Therefore, she broke the national record of 2:26.41s held by Shikha Tandon at the Asian Age Group Championship in Tokyo in August 2009.

Additionally, Patel is a gold medalist. Maana has won gold medals in 50 backstrokes and 200-meter backstroke also at the National Games.

Nevertheless, Maana has also won gold medal in the 100-metre backstroke at the 60th National School Games (2015) breaking the national record in backstroke.

In the year 2015, she was successfully selected for the Olympic Gold Quest.

There, she won the silvers in 50 metres, 100 metres and 200-metre backstrokes and a bronze in 50 metres freestyle.

The Indian swimmer, therefore, has expressed high hopes of achieving her best at the Tokyo Olympics. The competition will be stiff as most of the competitors are high achievers.

The much-hyped Olympics will be followed through the TV to avoid the spread of the Covid-19 disease.

Lately, the Tokyo Governor announced that medical preparations have been put in place. She expressed confidence that everything will run smoothly. However, she warned that the pandemic is still on and thus people should take precautions.

The Tokyo Olympics are to be held this year (2021). That was after they were postponed from 2020 due to the strike of the Covid-19 pandemic.

Therefore, the games are scheduled to run from July 23 to August 8. They will begin with an opening ceremony which is scheduled for Friday, July 23, in the evening, Tokyo time. For more clarification, Tokyo is 13 hours ahead of the Eastern Time zone of the United States. The ceremony will begin at 7 a.m. EDT.